Revolution and Political Transformation in the Middle East: Agents of Change 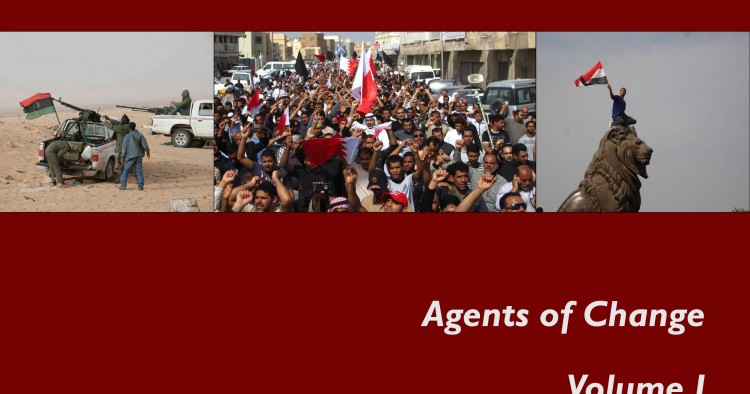 On February 11, 2011, Husni Mubarak resigned as President of Egypt after nearly 30 years in power, echoing the end of Tunisian President Zine El-‘Abidine Ben ‘Ali’s 23-year rule on January 15, 2011. Armed conflict rages in Libya while Syrian military units put down protests in Homs, Hama, and Dayr al-Zor. Bahrain, Jordan, Yemen, and other Arab countries have also seen protests of varying intensity. These events came as a shock to many researchers and practitioners studying the region. While scholars of the Middle East can only speculate which autocratic ruler will be the next to fall, the Middle East Institute opens its series on Revolution and Political Transformation by reexamining and placing into context the events of the Arab Spring.

The first volume of this series, “Agents of Change,” focuses on the groups and individuals who have led the popular uprisings throughout the region. Nine scholars, journalists, and activists remind us of the history behind these movements, demonstrate the effectiveness and importance of nonviolent struggle, explore the use of social media and other tools of mobilization, and investigate the characteristics and motivations of the players in the activist and rebel movements in Egypt, Libya, Syria, Tunisia, and Yemen.

We timed this volume’s release to coincide with the six-month anniversary of the resignation of Mubarak. This milestone reflects in many ways an incomplete transition and, with the Supreme Council of the Armed Forces still ruling in a similar to fashion to Mubarak before them, a project that remains to be finished. The pieces enclosed herein are not intended to be a complete analysis, but rather a variety of viewpoints and voices looking back with the benefit of some small amount of hindsight to see what lessons can be learned. Future volumes will deal with government actions and responses to the Arab Spring and seek to discern outcomes and prospects for future change. We hope that you will stay tuned for future volumes in this series, and future publications by the Middle East Institute.