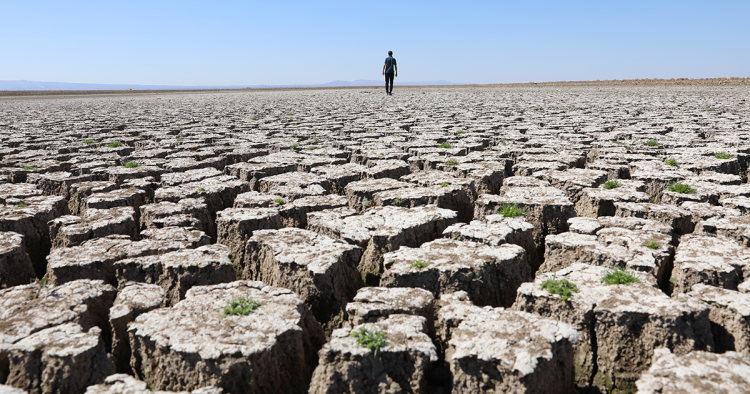 The rise of climate action in the Middle East over the last few months has brought climate change into the limelight like never before. Yet it has also raised more questions than it has answered.

Growing climate ambitions together with the commitment by Egypt and the United Arab Emirates (UAE) to host the next two United Nations climate summits, COP27 and COP28, have signaled a greater interest in climate change in the fossil fuel-rich region.

The Middle East took the world by surprise last year when Turkey, the UAE, Saudi Arabia, Bahrain, and Israel all pledged to decarbonize by the middle of the century. Yet, the regional backdrop of conflicts, occupation, sectarianism, and poor economic integration has continued to raise doubts about the viability of such long-term aspirations in the current political and socio-economic atmosphere.

These tensions and existing socio-economic challenges have created conditions that prevent collaboration — an essential element in mitigating the worst of climate change and adapting to its disproportionate impacts on the region.

Some encouraging signs have been observed since 2021, including the launch of Saudi Arabia’s Middle East Green Initiative — which aims to reduce carbon emissions, restore 200 million hectares, and grow 50 billions trees — and the improved coordination between Arab states during climate negotiations.

However, real collective efforts remain elusive. Additionally, regional powers such as Saudi Arabia, Turkey, Iran, Israel, and the UAE are engaged in a multidimensional game of chess in which climate diplomacy has one of the lowest values on the board.

Without cooperation and policy coordination, each country would have to face climate change impacts alone. Such impacts could, in turn, lead to more tensions between communities within and between countries, creating a downward spiral.

One way to escape this alarming scenario and to circumvent poor policy coordination is through technical research and knowledge-sharing. The Middle East shares similar environmental, geographical, and ecological features, and is struggling with the same urbanization and socio-economic trends.

The region also faces similar climate risks and impacts, including extreme heatwaves in cities, reduced and more variable rainfall undermining agriculture and tourism sectors, and sea level rises threatening coastal populations. However, our understanding of climate impacts on the Middle East is less detailed than for other regions due to a widely recognized research gap.

The entire region could thus benefit from research, knowledge-sharing, and collaborative innovations that focus on common climate impacts, and the development of pragmatic solutions for adaptation. These include addressing worsening heat stress and flood risk in urban areas by planting climate-appropriate trees and by deploying novel and appropriate materials for building construction and street paving.

The region should also aim to mitigate water scarcity and improve food security and resilience through climate-compatible crop selection, drought-tolerant landscaping, and technologies such as water-efficient irrigation, wastewater treatment, and sea water desalination.

Research on emissions reduction, renewable energy, energy efficiency, and cost-effective energy storage systems is also in the region’s common interest. Solar power, for example — already established as a critical component in the energy transition away from fossil fuel — faces unique environmental challenges in the region, including reduced output due to extreme heat and the presence of dust on solar panels. Similarly, research into construction materials and techniques that reduce demand for cooling in existing buildings is crucial in a region where air-conditioning accounts for the majority of electricity demand.

Similarly, the emergence of blue and green hydrogen as an energy source for high temperature industries, shipping, and freight, and the European need to import hydrogen from beyond its borders, is an opportunity for the region to collaborate on an energy transition that builds on its existing oil and gas knowledge and infrastructures while delivering on global climate goals.

A regional climate and sustainability innovation center that coordinates interdisciplinary research focused on Middle Eastern challenges could become a reference point for many of these solutions. Focusing on solutions and staffed by regional scientists and experts, the innovation center should be based in the region but overseen and funded by international organizations such as the Global Center for Adaptation, U.N. Economic and Social Commission for Western Asia (U.N. ESCWA), or the U.N. Framework Convention on Climate Change (UNFCCC). It is also envisaged that it would establish partnerships with science and technology universities across the region to maximize its impact on technology innovation and knowledge-sharing between regional countries and other participants.

A successful example of such a concept and a research center that can be used as a model is the Synchrotron-light for Experimental Science and Applications in the Middle East (SESAME), a cooperative venture by material scientists from Egypt, Iran, Israel, Jordan, and Turkey, under the auspices of UNESCO. The center — known as a synchrotron due to its use of a high-intensity light and a proven scientific tool for investigating matter — was established in Jordan in 2017, and is expected to produce research that has applications in sectors as diverse as medicine, archaeology, and environmental sciences. The center also provides training to foster scientific and technological excellence across the region.

Indian industrialist and philanthropist Ratan Tata once said, “If you want to walk fast, walk alone. But if you want to walk far, walk together.” Addressing the cascading impacts of climate change isn’t just a long and winding road, it is also one riddled with obstacles.

For such a journey, Middle Eastern countries need to coordinate policy and recognize that the common challenges they face could eclipse any interests they seek to advance by perpetuating the current state of conflict and tension. Notwithstanding the legitimacy of their claims and grievances, the sooner the region comes to this recognition the better. In the meantime, researchers should get busy developing solutions and building trust.

Karim Elgendy is an urban sustainability and climate consultant based in London, and a non-resident fellow at the Middle East Institute.

Hamid Pouran is the program leader for MSc Sustainability and Climate Change at the University of Wolverhampton. The opinions expressed in this piece are their own.