Robert Ford on the ISIS Offensive in Iraq 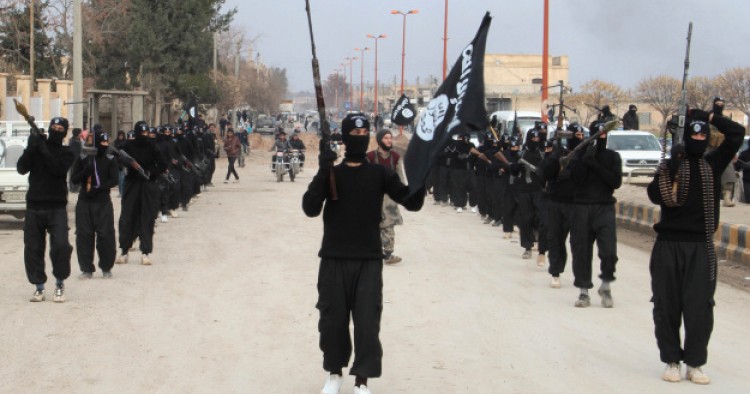 The Islamic State of Iraq and Syria (ISIS), a Sunni militant group controlling territory spanning the border between the two country’s northern regions, made a rapid advance toward Baghdad this week, seizing control of Mosul, Iraq’s second largest city, and Tikrit, and attacking the refinery town of Baiji. Forces from Iraqi Kurdistan have since moved to secure Kirkuk as the Iraqi central government’s military has fled in disarray. Robert Ford, former U.S. ambassador to Syria, explains how ISIS has been able to conduct its offensive, and what Iraqis, other states in the region, and the United States should do to restore stability.

How has ISIS been able to move so quickly against Mosul, Tikrit, and other targets in Iraq?

The group is well organized and has cells of fighters in a variety of cities and provinces, from Mosul to Salah al-Din to Diyala to Anbar. It even has a presence in Baghdad, where we have seen its car bombing campaign. There are news reports that the Iraqi Army put up a fight for a few days in Mosul, but on the fourth day its commanders actually flew out of the city, so there is a real question about the morale and broader capacity of Iraq’s forces.

Why has Iraq’s military been so quickly thrown into disarray, and how is the central government responding?

It is not clear that the Iraqi Army has ever had a good relationship with the local population or with local police commanders, which is important for organizing against ISIS. It is also key to remember that Sunni tribal fighters – the Sahwa or Arab “Awakening” fighters – best confronted and contained the Islamic State several years ago in Iraq. Since then, relations between those Sahwa fighters and Iraq’s central government have deteriorated. The result is that Sunnis are much less inclined to fight, leaving a space for ISIS to again gain ground.

Prime Minister Nuri al-Maliki’s call to mobilize militias is worrisome because militias provoked the civil war in Iraq  that raged between 2004 and 2009. While the need to mobilize quickly now to confront ISIS is understandable, if militias are empowered to fight the group in an indiscriminate fashion in Sunni neighborhoods, this could exacerbate tensions in provinces like Baghdad, Diyala and Salah al-Din, which sit on fault lines between the Shi‘i and Sunni communities. These areas could prove to be extremely sensitive to the insertion of new external Shi‘i militias, so there needs to be caution there, as well as coordination between the central government and local leaders.

How will these events impact Maliki and the formation of the government following recent elections?

The cabinet formation process had just started with discussions between Sunni, Kurdish, and Shi‘i political blocs when ISIS made its rapid new gains. These ISIS gains will certainly complicate those discussions because there will be a lot of finger pointing among the political blocs. A senior figure in the Sunni bloc, Osama al-Nujaifi, has criticized Maliki, which can’t help but make the negotiation process more difficult.

How does this assault relate to the Syrian conflict?

The instability in Iraq that predates the Syrian uprising eventually infected Syria. As the confrontation between the Syrian government and protestors escalated in late 2011, the same group that later established ISIS launched car bombs against Syrian military intelligence sites in Damascus in December 2011. Two and half years later, ISIS is using eastern Syria to reorganize and rest its units before they go into Iraq to fight. It is likely not an accident that some of the equipment that ISIS captured in Mosul earlier this week was taken back to Syria. Syria is now a staging area for operations inside Iraq, just as at one time Iraq was a staging area for al-Qa‘ida operations in Syria.

How will this ISIS offensive impact Iraqi civilians?

There has been a huge flow of refugees to Iraqi Kurdistan; reports have said as many as half a million, certainly many thousands. Also, if it is true that ISIS has captured the city of Baiji, there could be problems with gasoline supplies in Iraq since that is where the country’s largest oil refinery is located. It is important to remember that ISIS seized oil fields in eastern Syria as a revenue source, so the attack on Baiji and control of that refinery could enable the group to gain even more financial traction.

How will Iraqi Kurdistan respond to the ISIS threat, and how long will it take to resolve this crisis?

It’s not clear how much of the regular Iraqi Army is left in Nineveh Province. My guess is that the Kurdish Peshmerga [armed fighters] will confront ISIS from the northeast side of Nineveh, and the Peshmerga do not have a history of running away when they fight al-Qa‘ida. Then there’s the Shi‘i part of Nineveh in the south, around a town called Tal Afar. Local militias there will also fight ISIS. But while there may be local resistance to ISIS here and there, developing a sustainable military force able to contain the group will be a long fight, taking not days but a week or weeks.

How should the United States respond?

The most important thing is for the United States to quickly identify friends on the ground in Iraq and Syria who can be trusted to confront and prevent ISIS from overrunning any more sites than it already has; the moderate elements in the Free Syrian Army come to mind, as well as the armed forces of Iraq. In Lebanon the United States should boost cooperation with the Lebanese armed forces to prevent any outbreak of ISIS-related radicalism in that country. Creating an inventory of those friends and how the United States might be able to help, whether through the sharing of intelligence or an infusion of cash and ammunition or of other arms, is urgent.

What about a regional or international response?

Turkey is being drawn into the crisis following the storming of its consulate in Mosul, and it is important for the Turks to restrict the movement of fighters between Syria and Turkey. The Gulf states are also threatened. Saudi Arabia’s recent law banning citizens from going to Syria to join in the fighting is a positive step, and the Gulf can and should do more to shut down the flow of money into Syria as well. With respect to Iran, the first thing for Rouhani’s administration to do would be to help Iraqis quickly get to a broad agreement in Baghdad about how the Iraqi central government will improve relations with Sunni Arabs so that Sunnis will help join the fight against ISIS.