The Role of a Middle Power South Korea in Iran, Syria, and Egypt 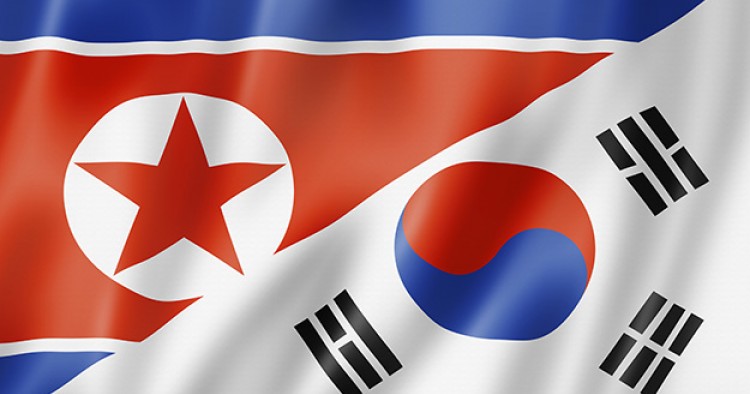 This article examines how South Korean foreign policy deals with Iran, Syria, and Egypt, with the overarching argument that because South Korea is pushing to build its middle power presence, it should clearly articulate its position on key security issues in the Middle East. As a non-permanent member of the UN Security Council, South Korea should support international norms such as nonproliferation, humanitarian protection, and democracy. Unless the South Korean government consistently upholds these norms, it will encounter setbacks in finding international support in its dealings with North Korea.

South Korea and Iran: Support Sanctions or Make a Profit?

The interim nuclear deal between the five permanent members of the UN Security Council and Germany with Iran, known as the “Joint Plan of Action,” has been in effect since January 2014. Despite being only a temporary arrangement while negotiations continue on a comprehensive nuclear agreement, many countries, including South Korea, have interpreted the relaxation of tensions as an opportunity to resume trading with Iran. For instance, Kang Chang-hee, speaker of the South Korean National Assembly, led a delegation to Iran on January 26, 2014, which was the fifth South Korean parliamentary delegation to visit the Islamic Republic in less than a year.

South Korea is one of the top four buyers of Iranian oil, after China, India, and Japan, and Iran is thus an important economic partner for South Korea. However, significant changes in the Iranian market occurred in recent years, namely China’s ability to purchase cheap Iranian oil because it did not join in the international sanctions against the Islamic Republic as India, Japan, and South Korea did. As a result, South Korea’s comparative advantage in construction, shipbuilding, and auto part production declined. Before the implementation of the latest round of sanctions, there were more than 2,000 Korean small and medium-sized enterprises (SME) operating in Iran. It is companies such as these that are pivotal to President Park Geun-hye’s vision of a “start-up” economy. In short, reentering the Iranian market is an urgent economic priority for South Korea.

As South Korean firms have begun to reengage with the Iranian market, there has been talk that Iranian attitudes toward South Korea have turned sour. Iranian anger regarding South Korea’s participation in the sanctions regime is not new. Critical comments and warnings of retaliation date back to 2003, when South Korea first participated in draft resolutions by the International Atomic Energy Agency (IAEA). Yet despite Iranian threats, participation in sanctioning Iran has not been fatal for the South Korean economy, which has many other economic partners and initiatives.

South Korea, as a responsible member of the international community, joined sanctions against Iran as required by UN Security Council Resolution 1929. The proliferation threat posed by North Korea should make South Korea highly sympathetic to the consistent and effective application of sanctions as a means of deterring nuclear weapons development. Moreover, Iran still views North Korea as a partner on political, military, and scientific issues, given the benefits from nuclear technical cooperation and arms sales between the two countries.

Of course, Iran and North Korea are not the same. Iran, despite being an authoritarian regime, enjoys modest political pluralism, denies pursuing a nuclear weapons program, and is still a party to the Nuclear Nonproliferation Treaty. In contrast, North Korea is an isolated totalitarian regime that has abrogated all of its commitments to the international community and has declared itself to be a nuclear weapons power. Nevertheless, if South Korea opts to weaken the sanctions regime toward Iran in pursuit of short-term economic profit, it risks undermining the norms related to international sanctions in general, and related to North Korea in particular.

The Syrian civil war is now in its fourth year. It has created more than two and a half million refugees in neighboring countries and left more than four million people displaced within Syria. The failure of the most recent Geneva II peace talks to make any progress between the Syrian regime and opposition forces suggests that a diplomatic solution is unlikely any time soon. The international community’s position on the civil war remains fragmented, with different countries backing different groups inside Syria.

Despite having little direct stake in the Syrian civil war, it is important to South Korea how the international community responds to gross violations of human rights within a state, given North Korea’s crimes. The Commission of Inquiry (COI) on Syria was established in August 2011 by the United Nations Human Rights Council to investigate the gross human rights violations that had taken place since the start of the uprising. The recent establishment of a COI on North Korea, the only other such COI by the UN, presents an important opportunity for South Korea to take up the issue of human rights on the international stage.

When it held the presidency of the Security Council in February 2013, South Korea organized a meeting to deliberate on the Responsibility to Protect. The South Korean government, as a party to the Chemical Weapons Convention, condemned the use of chemical weapons against civilians by the Assad regime in September 2013.

Yet according to the United Nations Office for the Coordination of Humanitarian Affairs, South Korea has so far only pledged $5 million in humanitarian assistance to Syria and has not yet transferred these funds. In comparison, Japan has already contributed $135 million, Norway $55 million, Australia $9 million, and Morocco $4 million.

Even as the outcome of the civil war remains unclear, the international community has begun the task of preparing for the post-war reconstruction of Syria. In this area, South Korea has participated by hosting the third round of the Economic Recovery Working Group for Syria in Seoul in December 2013. The South Korean government has also promised to provide its expertise on economic development in the state-building process, covering coordination of support among donor countries, economic recovery and civilian participation, agriculture and food security, drinking water, and waste management.

South Korea and Egypt: Is It Time to Talk about Democracy?

Three years after the “Arab Spring,” Egypt’s revolution has stalled. History has shown that toppling a dictatorship does not automatically lead to a stable, effective democracy, and Egypt’s recent history illustrates how authoritarian regression can take place during democratic transitions. A concern in Egypt today is the military’s crackdown on the Muslim Brotherhood and other groups. The Brotherhood had a disastrous year in power during which it failed to improve the economy and tried to marginalize other political parties, but its designation as a terrorist organization and demise has created a less than inclusive political framework.

South Korea must support Egypt’s return to the path of democratization, particularly as Egypt plays an important role in the region and has an influence on its neighbors. The upcoming presidential elections will be an important test for the future of Egyptian democracy, and South Korea should watch them closely. As the Arab Spring taught us, a suppressed system in the name of stability can become explosive and prone to collapse. Thus, the South Korean government should support transparent and democratic regimes—which contrast to the regime in North Korea—in order to raise its global posture as an independent middle power.

South Korea’s relations with the world beyond Northeast Asia have traditionally been confined to economic interests. Oil-rich Middle Eastern countries have been a source of energy imports and manufacturing exports and a destination for construction projects. Yet South Korea is raising its profile at the global level by participating in international peacekeeping operations and development assistance. It is thus becoming engaged with the Middle East beyond economic issues. As South Korea deals with the changing political and strategic dynamics in the Middle East, it must begin to develop a consistent foreign policy that prioritizes international norms such as nonproliferation, humanitarian protection, and democracy. These are the principles that are at the heart of South Korea’s policy toward North Korea, and unless they are consistently applied to other countries, it cannot ask the international community to consistently apply them to North Korea.