Russia and the digital Middle East: An old game made new? 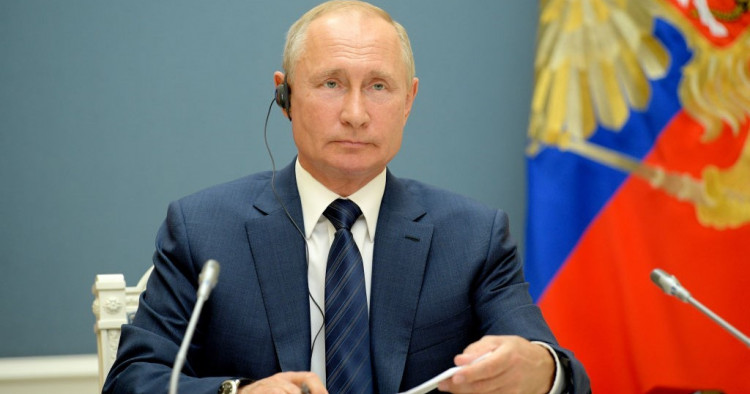 For over a decade, Russia’s immediate neighborhood has been subject to the vagaries of the Kremlin’s cyber operations. Russia has effectively used cyberspace to advance its adversarial goals, be it through combining cyberattacks with military action during its war with Georgia, or targeting essential power grids in Ukraine. Recently, cyber warfare has made headlines in the United States, as multiple U.S. government agencies and private companies became subject to “the largest and most sophisticated attack the world has ever seen.” According to U.S. intelligence agencies, the SolarWinds cyberattack was likely orchestrated by Russia. Considered to be unprecedented in the West, such cyber operations have long been tested by the Kremlin in its traditional sphere of influence. Advancing its cyber capabilities has enabled Russia to reassert its status as a superpower and hit targets anywhere in the world. In recent years, as the use of social media grew, the information war in cyberspace became the Kremlin’s primary tool for discrediting its perceived archenemy: “The West.” The Middle East, with its increasing dependence on social media for news, has also fallen prey to Moscow’s disinformation campaigns. Russia’s main disinformation narratives in the region stem from its Soviet-inherited superpower complex and its broader strategic imperatives on the international stage.

Russia’s 2015 military intervention in Syria was a major milestone and changed the way Moscow’s role in the Middle East is seen in policy circles. The event has been described as Russia’s “emergence” or “return” to the region. The intervention came as a shock to many U.S. and European analysts, as it was Moscow’s first military intervention outside the former Soviet satellite states since the end of the Cold War. But Moscow’s actions in Syria were yet another indication of Russia’s global ambitions that had already manifested in the occupation and annexation of territories in Georgia and Ukraine, respectively. Sadly, concerns raised about alarming developments in what was perceived to be Russia’s historic “backyard” fell on deaf ears. Even when the Kremlin’s intentions became clear in Syria, its military potential was highly underestimated by many, some of whom wrongly assumed that the intervention would be halted, just as the 1979 Soviet invasion of Afghanistan failed. However, Moscow’s actions in Syria drastically changed the course of the civil war and played a decisive role in helping the regime of President Bashar al-Assad to remain in power.

Russia’s great-power strategy in the Middle East and elsewhere is still influenced by the Soviet way of thinking, which portrays the world in a simplistic yet detrimental dichotomy of Russia versus “the West.” This malign influence and superpower complex have been a driving force in Russia’s transformation from the time of the Soviet era. It is indeed the case that certain characteristics of Russian foreign policy during the Czarist, Soviet, and post-Soviet periods vary greatly. However, the roots of the Kremlin’s current ambitions in the Middle East and North Africa (MENA) region can be traced back to the Soviet era, when the USSR enjoyed close relations with many Middle Eastern countries. The Soviet Union enhanced its influence in the Middle East during the 1950s and 1960s, benefiting from the anti-American sentiments that Washington’s support of Israel stirred in the region. However, the collapse of the Soviet Union came as a shock to Russia and left the country’s foreign policy in disarray. Given the political turmoil of the 1990s and the severe economic crisis, the Kremlin was forced to concentrate on the economic dimension of relations with the Middle East. However, the great-power ambitions inherited from the Soviet Union never fully went away.

Given a long history of colonization and multiple recent political mistakes by the U.S., the Middle East provides a fertile ground for Russia to promote its dominant foreign policy narrative that demonizes the West. As the COVID-19 pandemic hit, Russian-state-funded satellites that broadcast in Arabic started promoting a deluge of conspiracies about the origins of the virus, accusing the West of creating it in a lab. The absurdity of these narratives can only be explained by a delusional ideology that dates back to the Soviet Union and paints the world in black and white. This outdated bipolar worldview still dominates the thinking of the Kremlin’s key officials today. Indeed, most of them were trained by the Committee for State Security, more widely known as the KGB. Therefore, the vast majority of individuals in Russia’s intelligence and security community — the so-called siloviki (“supporters of force”) — are nostalgic for the superpower status Soviet Russia once enjoyed. Vladimir Putin himself is a former KGB intelligence officer who has openly stated his belief that “the collapse of the Soviet Union was the greatest geopolitical catastrophe of the century.” Therefore, bringing Russia back to the main stage of world affairs has long been a part of Putin’s agenda.

The Soviet Union was an undeniable military superpower, but the Russian armed forces fell into complete disarray throughout the 1990s and 2000s. It was not only corruption that hurt the morale of the military; inadequate training, low salaries, and understaffing were other major factors that contributed to the overall regress of the military culture. However, as Russia’s conventional military power declined, cyber operations became part of its efforts to reclaim military dominance. Russia’s first landmark cyberattack occurred in 2007 with the targeting of Estonia’s governmental and financial institutions. Soon after, Moscow took a step further in its cyber warfare capabilities and waged war against Georgia, combining a land invasion with a successful cyber operation. While Russia’s military performance in the Russo-Georgian war was humiliating for the Kremlin’s superpower ambitions, the information war and cyberattacks played a significant role in Moscow’s overall success. Over time, as the Russian security and intelligence community gained influence over the country’s strategic planning, Russia started to build a more robust military by initiating significant increases in military spending. The active modernization reforms launched in 2009 demonstrated that the Kremlin’s ambitions were more far-reaching than targeting its immediate neighborhood. Consequently, military intervention in Syria became a testing ground for Russia’s reformed military, guaranteeing a positive outcome for the Kremlin and taking the West by surprise.

Given the domestic crisis caused by the collapse of the Soviet Union, Moscow was forced to withdraw from the Middle Eastern scene in the 1990s. However, even then, the Kremlin maintained significant economic relations with the major countries of the region. Over time, as the U.S. partially disengaged from the Middle East, Russia seized the opportunity and advanced its political goals by becoming more active both through military and cyber operations. However, disinformation efforts came first as Russia’s state-funded international broadcaster RT (formerly known as Russia Today) started operating in the developing countries of the Arabic-speaking Middle East in early May 2007. RT aimed to complement local media in target countries by promoting Russia’s positive image, long before the 2015 Syrian military intervention. This is yet another example of how state propaganda and disinformation became the main tool for the Kremlin to advance its great-power ambitions, even when its traditional military capabilities relapsed.

Interestingly, the MENA audience was Russia’s main focus from the earliest stages, as the broadcasting of RT Russian came only in 2011, while RT U.K., France, and Germany were launched as late as 2014. If Estonia was an easy target for Russia due to its exceptional digitization efforts, Middle Eastern cyberspace became appealing to the Kremlin because of the drastically increasing role of social media in the region. Indeed, the 2009 Green Revolution in Iran and the 2011 Arab Spring uprisings demonstrated the power of online platforms in sparking political change. Digital developments in MENA and increasing dependence on social media platforms in the political organization of the people set the scene for Russia to advance its disinformation agenda — particularly as most active social media users are the youth, who tend to be the driving force of street protests and represent nearly half of the region’s total population. Russian state media draws on this evident change by being remarkably active on all the major social media platforms and producing an enormous amount of content, significantly more than that produced by other international Arabic media outlets, such as BBC Arabic, France 24 Arabic, and Al Jazeera.

It is true, however, that Russian foreign policy has undergone significant changes since the collapse of the Soviet Union. First and foremost, Russia is not an ideological power that holds any commitment toward the progressive cause of Arab anti-imperialism. Moreover, Russia has a considerably smaller state, territory, and population than that of the Soviet Union. This simply places modern Russia geographically further away from the Middle East than the USSR, which shared borders with Turkey and Iran. Even though Russia’s power-projection capabilities are vastly inferior to those of the Soviet Union, cyberspace enables the Kremlin to pursue its great-power ambitions in an unconventional way.

As Russia continues to reassert its role as an important player in the Middle East, disinformation and anti-Western propaganda will likely remain the Kremlin’s primary tool for winning the hearts and minds of the MENA population. The West should not underestimate Putin’s far-reaching ambitions in the region and regard Russia as a declining power. Overlooking Moscow’s aggressive actions in its immediate neighborhood has already caused enormous harm to countries with democratic aspirations. Pro-Kremlin media not only capitalizes on existing anti-Western sentiments in the strategically important region of MENA, but also spreads false reports and conspiracy theories to further damage the image of the U.S. and its allies. Recently, Washington has shifted its focus from the Middle East to the other areas of great power competition with Russia and China. The power vacuum created by the lack of U.S. engagement in the region is likely to be increasingly exploited by Russia. This will enable the Kremlin to continue advancing its zero-sum political agenda in the Middle East, which means that Putin’s win guarantees the loss of the West.

Elene Janadze is a postgraduate student in International Security, Intelligence, and Strategic Studies at the University of Glasgow and a Graduate Fellow with MEI’s Cyber Program. Her research interests are Russia’s Middle East Strategy, Russian disinformation and influence campaigns in MENA. The views expressed in this piece are her own.