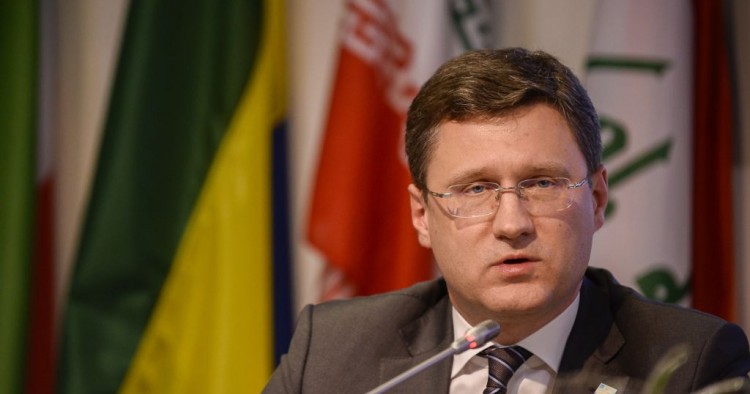 President Vladimir Putin’s plans to change Russia’s Constitution and stay in power beyond 2024 have been hampered by COVID-19 and the oil price crash. Petroleum export represents more than half of Russia’s budget, but to stabilize the market, Putin must end the conflict with Saudi Arabia and its Crown Prince Mohammed bin Salman. The Kremlin leader claims the Saudis provoked the crisis by withdrawing from OPEC+ and Putin has been trying to save face by blaming them for the low oil price. Yet on March 6, Energy Minister Alexander Novak returned to Moscow from negotiations in Vienna announcing Russia’s withdrawal from OPEC+, having refused the Saudis’ proposal.

Following a month of oil-price wars, Russia, Saudi Arabia and 21 other oil-producing nations have reached an agreement to cut oil production from May to June 2020 by ten million barrels per day, roughly 10 percent of current global production. In the subsequent six months, oil production is to be reduced by eight million barrels per day. The last stage, which will come into effect from January 1 2021, will see a cutback of six million barrel per day until April 2022. Experts say there is no certainty this curtailment will be enough to allow the price of oil to stabilize, let alone make it rise once more.

In the negotiations that took place between OPEC and non-OPEC energy ministers, Moscow agreed to cut more than 2.5 million barrels from the total of 11 million combined crude and condensate pumped by Russian companies each day. This is a reduction equivalent to four times the amount initially proposed and turned down in Vienna.

At least two factors were instrumental in signing this accord. The first is that OPEC+ was pressured by President Donald Trump, who spoke with the leaders of Saudi Arabia and Russia and asked them to come to an agreement. Due to the oil price drop, job losses number in the tens of thousands in US shale oil industry, which can create economic difficulties, but also electoral ones for Trump. Second, oil’s spectacular price crash has threatened the economic and political stability of Russia. In the past five weeks, as the pandemic overtook the country and the economic crisis deepened, Putin’s attitude towards OPEC+ has witnessed a radical change and he has become more willing to compromise.

Turning down the accord, a strategic mistake

In 2016, the OPEC+ accord negotiated between Russia and Saudi Arabia stabilized the price at over $60 per barrel. The accord expired on March 30 and due to low demand, Saudi Arabia proposed a cutback on production equaling 1.5 million barrels per day (approximately 1.5 percent of the global output). Had Russia accepted, it would have had to curtail production by around 3 percent of its daily output and would have helped stabilize the oil price. Moscow’s refusal infuriated Saudi Arabian leaders who responded by reducing the price to $25. At that point, no one expected the price per barrel of Urals oil to reach $13, the lowest quote in the last two decades. Transportation costs of Russian oil make it unfeasible to exploit and export at a price lower than $15 per barrel and a large part of the federal budget comes from oil export. The 2020 budget was designed for a price of $42.2 per barrel of Urals oil.

Russia appeared to be sabotaging its own interests by withdrawing from OPEC+. Most commentators agreed Moscow’s irrational position was determined by Igor Sechin, a close advisor of Putin and the owner of Rosnefti – Russia’s largest oil company which produces over 40 percent of total extracted oil. Finance Minister Anton Siluanov assured Russians there was enough money to last seven years despite the low price of oil. He was referring to the Russian National Wealth Fund, which stood at $550 billion in January.

During the days following Moscow’s exit from the OPEC+ accord, Russia’s economy faced several shocks. Stocks of major Russian companies, including Rosnefti and Sberbank, lost between 20 percent and 25 percent of their value on international markets. The Russian Ruble lost ground against the Dollar and the Euro, despite the Russian Central Bank infusing the market with more than $7 billion to avoid panic. Almost $600 million left Russia in the first week of March, and between March 12 and 18, $1.5 billion was withdrawn by foreign investors. At this pace, the risk of a decapitalized economy is greater than ever.

Rejecting the accord with the Saudis was a strategic mistake for Putin, for which Russia will pay dearly. Due to climate and technological underdevelopment, many oil deposits will be compromised. Experts from Moscow look at the accord as an American victory against Russia and Saudi Arabia. Nonetheless, Moscow’s TV networks under the control of the Kremlin have spun the Saudi agreement as a momentous victory for Putin.

COVID-19 has spoiled Putin’s political agenda. On January 15, the president announced a change in the Constitution of Russia and the replacement of the Dimitri Medvedev government. The technical procedure was carefully controlled by the Kremlin and was held in line with conspiracy rules Putin and his team had learned during their KGB school training. On March 10, Valentina Tereshkova – the first female astronaut and member of the Russian legislative – took the stand and proposed that once the new Constitution was approved, the presidential mandates should reset to zero. In other words, Putin’s four mandates would no longer count and he could run for president once again.

Russian media immediately suggested Putin could remain head of Russia until 2036, by which point he will be 83 years old. The constitutional changes will also alter the political landscape. Putin has adopted an authoritarian model, such as those of Kazakhstan’s Nursultan Nazarbaev, Aleksandr Lukashenko of Belarus or Azerbaijan’s Heydar Alyev. Through staged referendums, the latter laid the foundation for autocratic leadership. Perhaps Putin’s regime will look less like that of Alyev or Nazarbaev and more like Lukashenko’s, but this is a matter of nuance.

The constitutional referendum campaign overlapped with the beginning of the COVID-19 pandemic. The April 22 referendum was supposed to be a triumph for Putin, but was postponed for a later date under the pretext of coronavirus. A study conducted by Levada Center, and published before the postponement, revealed 47 percent of Russians believed changing the Constitution would serve Putin’s interest “to remain in power after 2024.” It also found just 27 percent wanted Putin to continue as president after 2024, while 25 percent would rather see him as a private individual or a retiree. Some Russian commentators noted a causal relationship between the postponement and the decline in Putin’s popularity.

Initial steps to manage the coronavirus were opaque. Despite Putin sending trucks loaded with medical supplies to occidental countries in a domestic PR exercise, Russian hospitals are not prepared for a large number of patients, according to Moscow press. The Kremlin will attempt to carefully manage information on the evolution of the pandemic. However, such efforts have not always been successful, as witnessed in the case of Chernobyl, the submarine Kursk, and the forest fires of 2010. In these cases, authorities first denied and then downplayed events. Similarly, Putin has offered multiple assurances that the coronavirus is under control and that the people have no reason for concern.

While European leaders Angela Merkel, Emmanuel Macron and Giuseppe Conte have seen their popularity rise with COVID-19, Putin has focused efforts on maintaining the balance of power between different elite groups in Russia. The decrease in Putin’s popularity after the 2018 elections would have been irreversible in a liberal democratic state. However, Russia is not a liberal democracy and relationships of power between different elite groups are important. Putin has so far been a spectator in the coronavirus crisis, but this doesn’t mean he won’t intervene in the future.

COVID-19 is new territory for the oil industry. The virus has reduced oil demand by roughly one third and the excess oil currently on the market has led to a dramatic oil-price drop. No one expects the oil barrel price to revert to $60 any time soon, nor does anyone expect COVID-19 to suddenly end and economies resume as normal. Like other states, Russia was taken by surprise by this economic crisis. Moscow seems better prepared today than it was in 2008, with Russian ministers appearing to spend money from the stabilization fund more carefully. This differs from 2008/09, when hundreds of billions of dollars evaporated in a few months to keep the national currency afloat. The Putin-led government granted financial aid to banks and companies affected by the crisis, a relief package more consistent than help from the US government. Today, Mishustin is considering a package worth just $40 billion to support Russia’s economy. Compare this with €500 billion program announced by Merkel or $1,500 billion agreed by Trump.

The International Monetary Fund (IMF) recently published an economic forecast under the current pandemic. According to IMF experts, Russia’s GDP will experience a 5.5 percent decrease in 2020, due primarily to the collapse of hydrocarbon prices. The forecast is reinforced by internal audits conducted by the country’s Accounts Chamber Aleksei Kudrin, as well as by the Liberal’naya missiya foundation. According to the latter, Russia’s GDP could experience a curtailment of up to 8.6 percent in 2020. The stabilizing of oil barrel price by June, at the earliest, would be a turning point for the Russian economy.

The fight against the coronavirus pandemic will be considerably more complicated for Putin. Russia does not consist solely of Moscow, where the entire healthcare effort is currently concentrated. The government will soon need to manage disease clusters in provincial areas. COVID-19 could dramatically impact political life in Russia. However, Putin has time – another four years until the end of his current mandate – and enough political resource to remain in charge of the Kremlin.

Armand Gosu is Associate Professor of Russian Politics, Political and Diplomatic History of Russian Empire and Soviet Union at the Faculty of Political Sciences, University of Bucharest. Formerly, Armand was an Advisor to the Romanian Minister of Foreign Affairs.

The views expressed in this piece are his own.