Russian dominance in the Black Sea: The Sea of Azov 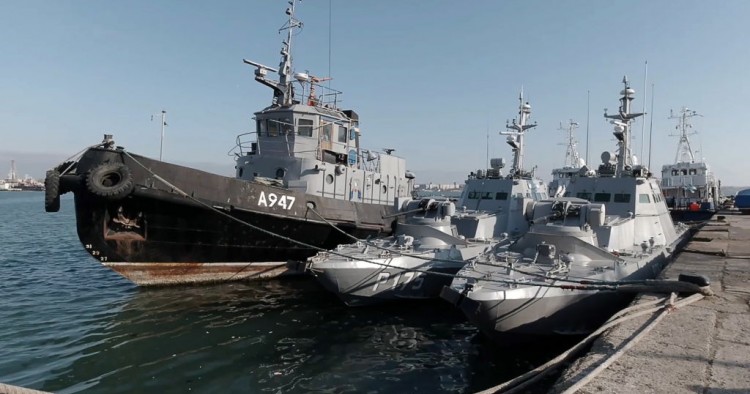 Russia’s illegal annexation of Crimea in 2014 was about maximizing power. Moscow aims to turn the Black Sea into a Russian lake to advance its national interest far and wide. For its part, NATO has been slow to respond to this challenge.

Since its annexation of Crimea, Russia has spent the past few years militarizing the peninsula. Tens of thousands of Russian troops now call the Crimean Peninsula home, as do dozens of ships, planes, and batteries of anti-Aircraft and anti-shipping missiles. This is a repeat of what Russia did in occupied Abkhazia after its invasion of Georgia in 2008 but on a much larger scale.

The Black Sea, and specifically Crimea, serves as a springboard for Russia to project military power in places like Georgia, Ukraine, and even places as far away as Syria and Libya. For example, Russia has used its Black Sea presence on occupied Crimea to launch and support naval operations in support of Syrian President Bashar al-Assad. In the early days of Moscow’s intervention in Syria, the Moskva, a Russian navy guided missile cruiser, played a vital role in providing air defense for Russian forces. Hundreds of thousands of tons of grain and wheat have been shipped from Crimea to Syria to help the Assad Regime’s food shortage problems. Hundreds of trips have been made between Crimea’s port city of Sevastopol and the Russian naval base in Tartus, Syria to transport military hardware and resupplies.

First, the Sea of Azov is vital for Ukraine’s economic and military wellbeing. Along the coastline lies Mariupol, Ukraine’s 10th-largest city and one of the country’s leading trade ports. Mariupol is also near the frontlines of the fighting in the Donbas. Under the 2003 Treaty on the Legal Status of the Sea of Azov and the Kerch Strait, both the Sea of Azov and Kerch Strait are shared territorial waters between Russia and Ukraine. However, Russia illegally delays Ukrainian commercial ships from passing through the Kerch Strait. Considering the importance of the strait for Ukraine’s sea-based exports, the economic impact of Russia’s actions is expected to be severe.

The situation escalated in November 2018 when a Russian tanker blocked three Ukrainian navy ships’ passage through international waters near the Kerch Strait and opened fire on them, injuring six sailors. Russian forces boarded the three naval ships, seizing the ships and 24 Ukrainian sailors. It was not until September 2019 that the sailors were finally returned to Ukraine along with the ships. But only after Russia stripped the insides of the ships to make them inoperable.

Second, the Sea of Azov is important for Russia’s continued occupation of Crimea for logistical reasons. With Ukraine still controlling access to the Isthmus of Perekop, the Sea of Azov and the Kerch Strait play a role in connecting mainland Russia with Crimea and allows the resupply of Russian troops based there.

This is nothing new for Russia. In fact throughout the military history of the region, the Sea of Azov has played an important role for resupplying troops on Crimea. In a House of Lords debate during the Crimean War in 1855 one speaker noted “that considerable quantities, both of grain and iron, had left the Russian ports in the Sea of Azoff (sic) since the commencement of the present war, and that, in fact, the provisioning of the Russian army in the Crimea had been principally conducted from the ports of that sea, and by means of vessels navigating it.”

Today, the situation is the same. In May 2018, Russia finished the construction of the controversial Crimean Bridge, which spans the width of the Kerch Strait and links the Russian-occupied Crimean Peninsula to the Russian mainland. The project, strongly opposed by Ukraine, cost Russia $3.7 billion.

To understand the third reason why the Sea of Azov is important, one has to look towards the center of the Eurasian landmass. The importance that Russia places on its Eurasian identity can also help explain, at least in part, its determination to occupy Crimea, dominate the Black Sea, and fully control the Sea of Azov. This is because one of the two canals connecting the Caspian Sea to the outside world is the Volga–Don Canal, which links the Caspian Sea with the Sea of Azov.

Russia has used the Volga–Don Canal to move warships between the Caspian Sea and the Sea of Azov. The ability to move warships from the Caspian region, which includes Central Asia, to the Black Sea (and vice-versa) allows Russia to project power in an important area of the world while giving Russian policymakers flexibility and options when a crisis arises in the region.

There is also a proposal to create a Eurasia Canal, which would transform the Kuma–Manych Canal (currently only an irrigation canal) into a shipping canal that would link the Caspian Sea and Black Sea. If ever realized, this would be the shortest route from the Caspian Sea to the outside world.

Interestingly, the U.S. has also used the Volga-Don Canal in the past. Between 2000 and 2003, the U.S. Coast Guard gave three cutters to Azerbaijan. These ships traveled from the West Coast of the U.S. to Azerbaijan via the Black Sea, Sea of Azov, and the Volga-Don canal to the Caspian Sea. Obviously, a similar feat would be made impossible today due to the current geo-political situation.

So what can be done about Russia’s dominance of the Sea of Azov? The best place to start is by increasing NATO’s presence in the Black Sea and improving Ukraine’s maritime security capabilities.

The U.S. and its NATO allies should supply more ships to Ukraine. A strong Ukrainian Navy is in America’s interest. After years of delay, the U.S. finally transferred two Island-class former Coast Guard ships to Ukraine. Three more Island-class ships for Ukraine is planned. This is a good first step in rebuilding Ukrainian maritime capability after it lost many ships to Russia in 2014, but more should be done. The U.S. should move ahead with providing surplus Oliver Hazard Perry (FFG-7)-class frigates as part of the Excess Defense Property program.

Finally, the U.S. should conduct a Freedom of Navigation Operations (FONOP) through the Kerch Strait to visit Mariupol. As long as an invitation is made from Kyiv for the U.S. to do this, there is no legal obstacle under the terms of the 2003 Treaty on the Legal Status of the Sea of Azov and the Kerch Strait.

Furthermore, the Commander of the U.S. Navy Sixth Fleet, Vice Admiral Eugene H. Black III, should pay a visit to Mariupol. A visit by America’s top naval commander in Europe would help to get an enhanced understanding of the security situation on the ground, as well as a better sense of Ukraine’s maritime requirements. This will better inform U.S. policy.

Until this happens, Ukraine will remain under threat, NATO will be undermined, and Russia will be on the march.