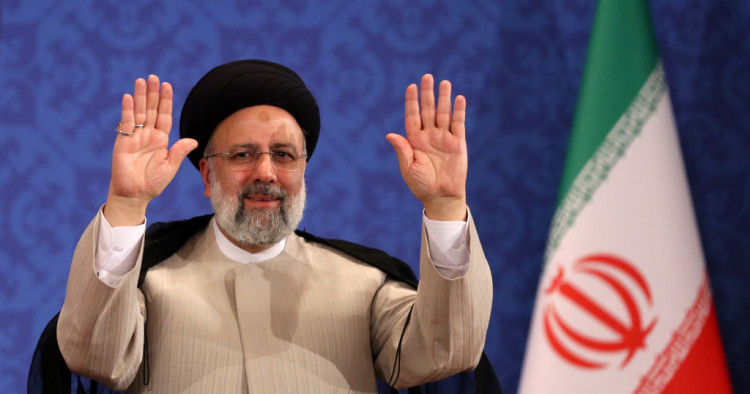 On June 18, Ebrahim Raisi won a landslide victory in Iran’s presidential elections. After Raisi’s triumph, Maxim Suslov, the press attaché of the Russian Embassy in Tehran, transmitted a message from President Vladimir Putin congratulating Raisi on his win and pledging to strengthen Russia-Iran bilateral relations. Iranian Ambassador to Russia Kazem Jalali echoed Putin’s comments about Russia-Iran relations and noted that he was the first world leader to congratulate Raisi on his election as Iran’s next president.

Raisi’s victory presents Russia with both opportunities and challenges. Russian officials view him as a friendly figure but are concerned about a potential deterioration of Iran’s relationships with Saudi Arabia and Israel, which could damage Moscow’s balancing strategy. Russian officials are paying even closer attention to the 82-year-old Ayatollah Ali Khamenei’s replacement as Iran’s supreme leader, a transition that will likely occur during Raisi’s presidency. While the Russian expert community initially expected changes to Iran’s political system, the consensus in Moscow has pivoted toward the preservation of the status quo in the post-Khamenei era.

The impact of Raisi’s victory on Russia-Iran relations

In the Russian and Iranian expert communities, there is widespread optimism that Raisi’s victory will strengthen Russia-Iran relations. Boris Dolgov, an expert at Moscow’s Institute of Oriental Studies, predicted that Raisi will expand economic and political cooperation with Russia. Vladimir Sazhin, a senior fellow at the Institute of Oriental Studies, noted that “Russia will undoubtedly be included in the list of Iran’s priority partners,” but acknowledged that Russia and Iran will maintain a situational partnership. Seyyed Mohammad Marandi, a professor at the University of Tehran, predicted that Raisi’s foreign policy will “tilt eastward and to the Global South,” and this orientation will strengthen Iran’s partnerships with Russia and China. Although Raisi supports the Joint Comprehensive Plan of Action (JCPOA), his categorical refusal to meet President Joe Biden suggests that a JCPOA revival will not improve U.S.-Iran relations or affect Tehran’s eastward-oriented foreign policy.

Raisi’s conciliatory attitude toward Russia will complement the systemic drivers of Moscow-Tehran cooperation. In April 2017, Raisi held a much-publicized meeting with Tatarstan’s President Rustam Minnikhanov, who is a key surrogate for Putin’s foreign policy in the Islamic world, and praised Iran’s commitment to strengthening its relationships with Russia and Tatarstan. As this meeting occurred less than a month before the May 2017 presidential elections, in which Raisi was a candidate, it fuelled speculation that Russia was interfering in the Iranian elections to bolster his standing. As Russian officials have cordial relations with Iranian conservatives, such as former Parliament Speaker Ali Larijani and former Minister of Foreign Affairs Ali Akbar Velayati, this goodwill will likely extend to Raisi as well.

Despite these positive factors, the potential deterioration of Iran’s relationships with Saudi Arabia and Israel jeopardizes Russia’s regional balancing strategy. If Raisi doubles down on Ayatollah Khamenei’s foreign policy views, instead of trying to moderate them, Iran’s backchannel dialogue with Saudi Arabia could collapse and the Iran-Israel proxy war in Syria and Iraq could intensify. If this scenario occurs, Iran could request sophisticated Russian military technology, such as the S-400 missile defence system. Although Russian officials, such as Deputy Prime Minister Yury Borisov and Russian Ambassador to Iran Levan Dzhagaryan, have left the door open to S-400 sales to Iran, Russia has previously declined to sell the anti-aircraft system to Iran. If this scenario repeats itself, Iran’s historical perceptions of Russia as an unreliable partner could resurface. To minimize disruption to its regional strategy, Russia supports the immediate restoration of the JCPOA. Russian Foreign Ministry Spokesperson Maria Zakharova’s recent claims that the Iran nuclear deal will be revived prior to July 14 — the sixth anniversary of its signing — should be viewed in this context.

Russia’s views on a post-Khamenei Iran

Due to Ayatollah Khamenei’s advanced age, the appointment of a new supreme leader is expected to occur during Raisi’s presidency. Russian experts have expressed mixed opinions on what Iran’s political system might look like after Khamenei. In a 2017 Valdai Discussion Club commentary, Russian experts saw the potential for significant political change after Khamenei’s death. Sazhin contended that there are three options for Iran’s future. The first is a transition to collective leadership, under which a handful of clerics would replace the supreme leader; the second is the reduction of the supreme leader’s power to that of a constitutional monarch; and the third is no change to Iran’s theocratic system. Alexander Maryasov, Russia’s ambassador to Iran from 2001-05, believed that a large number of external threats will perpetuate the current system in Iran, while the mitigation of Iran’s security threats could facilitate democratization.

Since Raisi’s largely uncontested election victory, Russian experts are united in their belief in the perpetuation of the status quo in the post-Khamenei era. Sazhin recently predicted that the next supreme leader will be “someone who will follow the principles of the Islamic revolution and the precepts of Imam Khomeini,” but noted Khamenei’s selection in 1989 was proof of the Iranian system’s unpredictability. Elena Dunaeva, an expert at the Institute of Oriental Studies, quipped that everything can change in Iran within 24 hours, but predicted that Raisi would likely replace Khamenei as supreme leader. Dunaeva believes that outgoing President Hassan Rouhani would be marginalized from politics in a post-Khamenei Iran but predicted that he could be an “Islamic sheikh” who plays an active role in the Iranian clerical community.

Khamenei’s appointment as supreme leader in 1989 following the death of Ayatollah Ruhollah Khomeini resulted in an immediate improvement in Moscow-Tehran relations, as Soviet leader Mikhail Gorbachev’s historic meeting with Akbar Hashemi Rafsanjani, then speaker of the Iranian parliament, occurred less than three weeks after he took power. Khamenei’s close personal relationship with Putin is well-documented, as he described the Russian president in 2015 as an “outstanding figure in today’s world.” The Iranian foreign policy community’s consensus around Russia’s importance as a partner in a multipolar world order and support for Iran’s integration into Eurasian multilateral institutions, such as the Eurasian Economic Union and Shanghai Cooperation Organization, suggest that Khamenei’s contributions to the Russia-Iran partnership will endure in every plausible succession scenario.

While the JCPOA’s future hangs in the balance, Raisi’s presidency will likely see the strengthening of Russia-Iran relations. As Russia and Iran compete for influence in Syria’s post-conflict reconstruction, Eurasian integration and normative bonding will likely play an increasingly important role in driving bilateral cooperation in the post-Khamenei era.