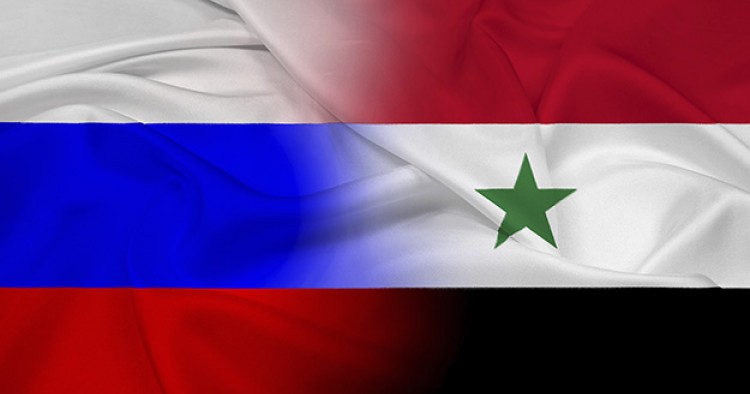 Recent Russian activity in Syria is not about combating the Islamic State, despite Russian claims to the contrary. Though actively fighting ISIS and thus propagating its long-stated goal of keeping Assad in power would seem to be the straightforward explanation for Russia’s recent behavior, the fact that Russian strikes are also hitting U.S.-backed, rebel-held areas demonstrates the hollowness of official discourse.

An examination of Russian national security interests helps clarify the reasons behind this recent activity. Russia’s power projection in Syria supports two interdependent security interests. The first is to keep the port at Tartus open to Russian naval vessels as a gateway to facilitating regional military power. The second is to keep Russian political presence and influence planted firmly in the Middle East. Both goals place Russia and Iran in conflict with one another.

Of paramount importance is that Russia is crafting its own long-term interests in Syria independent of Assad’s future, just as Iran recently did in the border town of Zabadani when it bypassed the Syrian regime to secure its own interests there. Russia’s military involvement in Syria is a clear signal that the Islamic Republic does not hold all of the cards. To date, Iran has been a key component in Assad’s political and military survival, in many cases operating vital de facto command and control structures and leading battlefield campaigns.

Russian President Vladimir Putin knows that if this situation is allowed to continue, Russia will be squeezed out of Syria’s future, putting at risk virtually all of what remains of its Middle East influence. There are those who argue that Iran and Russia share similar interests in combating ISIS, but this cooperation constitutes suitability over substance in the long run.

Moreover, Putin is also betting that greater involvement in Syria will help end Russian isolation after the events in Crimea and Ukraine over the last year. As a legitimizing byproduct, Russia appears to be developing its own peace plan for Syria, one that envisions Assad’s resurgence as a political actor and partner against ISIS. The debate over Assad’s future, once central, is now moot.

Factors energizing Putin’s bold activism in Syria are many. First, reports suggest that Putin is realistically concerned about Russia’s own long-term security, as a significant number of Russian citizens and Russian-speaking people are reportedly fighting alongside ISIS. Moreover, Russia sees the 20 million Sunnis along its borders in central Asia as a possible future flashpoint, as undoubtedly some of those fighters will return to that area. It is worth noting that Russia has already faced this historical dilemma in the conflicts against Chechen rebels and the mujahideen in Afghanistan.

Second, Putin believes that Iran will gain both international political and economic capital from its newly minted nuclear deal with the West. In contrast, Russia is suffering from Western sanctions incurred since the Crimean crisis and a host of other internal problems. Putin may feel that if he is perceived as playing a significant role in fighting ISIS, some of the Russian sanctions could also be lifted. This tactic has the potential to backfire if U.S. allies on the ground in Syria continue to be targeted.

Finally, Putin views Syria as an opportunity to help restore Russia’s prominence as the “other” world power. Putin’s power projection combats the perception of Russian weakness in the wake of the Cold War. He views the vacuum left by the United States in Iraq, U.S. strategic indifference to regional events, and Syria’s destruction as a convenient intersection through which he can actively support this goal.

Though Putin has made a bold move on the surface, the dilemmas he faces are not trivial. First, Syria is not Ukraine and geography counts. Russia’s history of success in foreign interventions is anything but stellar, evidenced by its adventurism in Afghanistan, Angola, and Ethiopia, to name a few.

Second, Russian forces will be in close proximity to Israel, and this is not a welcome development. Israel has already acted defensively in regard to its interests in Syria against Iran and Iran’s proxies. It will have no choice but to protect its security if Russia does not closely control its activities or its proxies. The Israelis are keenly aware that Russia may make mistakes in an area of conflict, such as the July 2014 shooting down of Malaysian Airlines Flight 117 in eastern Ukraine.

Third, Putin’s forces will sit astride Iran's nexus to Lebanon and Hezbollah. It is unclear how this could play out in the long term, either on the battlefield or politically, but it is not a connection the Iranians will likely allow to be infringed upon.

Fourth, what does Russia gain other than perhaps troubling the United States? In the short term, propping up Assad will only continue the carnage without Russia having any real ability to control the outcome or second and third order effects.  Added Russian influence in Syria will undoubtedly mean the continued flow of Islamist extremists into Syria to contain the new threat.

Lastly, Russian operations could bring about a direct and dangerous confrontation with U.S. forces. In a throwback to the Cold War, if Russian and U.S. forces were to engage in Syria, it could expose U.S. forces in other regions to Russian attacks, opening the potential for a much more wide-ranging and deadly conflict.

These dilemmas taken together show that Putin may have painted himself into a corner. He has put himself in a risky position between Iran and its interests. What is certain is that Putin’s audacious effort, in part to increase Russia’s presence on the world stage, is making Russia a hazardous actor in a region already aflame.