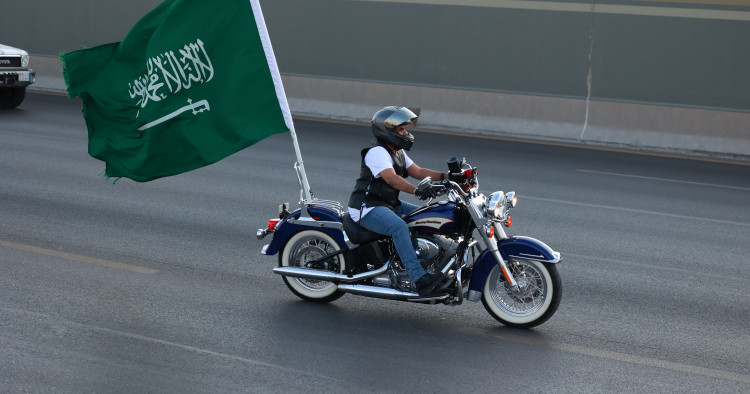 Three weeks ago, on Sept. 23, Saudi Arabia celebrated its 90th anniversary, marking the day, in 1932, when King Abdulaziz bin Abdul Rahman Al Saud — also known as Ibn Saud — renamed the Kingdom of Nejd and the Hejaz as the Kingdom of Saudi Arabia, 30 years after recovering Riyadh and expanding the state. The Saudi story actually started two centuries earlier with the founding of the first Saudi state, but it is now reaching a new stage with the appointment of Ibn Saud’s grandson Mohammed bin Salman (MbS) as prime minister. The prince launched a series of socio-economic reforms known as Vision 2030 a year after his father became king, which kick-started far-reaching changes within the kingdom. And he has since introduced a new form of nationalist identity — “Neo-Saudism.” Taken together, some journalists see these changes ushering in the emergence of what essentially amounts to a fourth Saudi state.

The history of the House of Saud’s rule over Arabia started with Muhammad bin Saud (1687-1765), who proclaimed himself the emir of Diriyah in 1727, making him the founder of the Al Saud dynasty and the first Saudi state. His tiny emirate expanded as a result of a pact between the emir and the leader of the Salafi Wahhabi movement, Sheikh Mohamed bin Abdul-Wahhab, in 1744. This alliance led to Muhammad bin Saud changing his title from that of a political ruler, “emir,” to that of a religious guardian, “imam.” This titulary shift provided the nascent Saudi emirate with a religious legitimacy that enabled it to expand its rule over other neighboring tribes, thus confirming 14th-15th century Arab philosopher Ibn Khaldun’s view that “Arabs can obtain royal authority only by making use of some religious coloring.” Yet in 1818, following the conquest of its capital by Ibrahim Pasha on behalf of the Ottoman Empire, the first Saudi state collapsed.

Six years later, Turki ibn Abdullah revived his family’s political ambitions and established the second Saudi state in 1824. The new Emirate of Nejd, as it was known, reigned over a substantial portion of the Arabian Peninsula, but internal conflicts within the ruling family and the gradual encroachment of the rival Al Rashid dynasty again put an end to Saudi rule, in 1891. A decade later, in January 1902, Abdulaziz, the son of Abdul Rahman bin Faisal Al Saud, the last emir of the Emirate of Nejd, set off on what would become a particularly consequential raiding expedition from Kuwait to Riyadh, sowing the seeds for the founding of the third Saudi state, the modern Kingdom of Saudi Arabia, in 1932.

A new generation poised to take the Saudi throne

Last month, the kingdom celebrated the 90th anniversary of its founding. It has, thus, outlived every previous state ruled by the Saudi dynasty — the first lasted for 74 years, the second for 67. For most of Saudi Arabia’s existence, succession to the throne has followed a horizontal trajectory: the kingdom was ruled by Ibn Saud for just over two decades and then, in a sequence, by six of his sons. The smooth transition of power among Ibn Saud’s sons has been a key source of stability for Saudi Arabia throughout this time.

The surviving sons of Ibn Saud are aging, however. The current monarch, King Salman bin Abdulaziz Al Saud, is 86 years old. He transformed the succession process by effectively moving to a vertical transmission of the Saudi throne soon after taking power; ultimately, in 2017, he named his son MbS, born in 1985, crown prince. Since that appointment, MbS has enjoyed vast authority to oversee the day-to-day-functions of the Saudi state. The king-in-waiting notably oversaw the development of Saudi Arabia’s “Vision 2030” strategy, which includes significant political, economic, and social reforms, as part of a broader effort to restructure much of the existing order.

MbS has succeeded in establishing himself as the future king by potently outmaneuvering the rest of the members of the royal family. Today, it is difficult to see anyone else becoming the next monarch. The kingdom faces significant economic challenges, including rapidly rising costs of living and high levels of unemployment among its large youth population; the crown prince will likely benefit if the liberalizing policies he has introduced can help to address these issues. According to the Saudi General Authority for Statistics, 65% of the country’s population is under 40 years old, and 46.7% is less than 25.

Since becoming crown prince in 2017, MbS has embraced a new form of nationalism, one that can be termed “Neo-Saudism,” that aims to transform the public sphere by shifting away from a predominantly Islamic- or Arab-based popular identity to a “Saudi” one — that is, an identity based on the nation-state. Islam of course retains its place as the leading religion of Saudi Arabia’s citizens, and they are mainly ethnically Arabs; however, Neo-Saudism specifically expects them to adopt Saudi nationality as their primary identity. This transformation is a strong sign of the leadership’s new focus on internal affairs and a stepping back somewhat from Riyadh’s perceived regional (pan-Islamic- or pan-Arab-driven) obligations.

This Neo-Saudism concept is beginning to affect the role members of the royal family play within the state, effectively turning them into technocrats who fill some positions within the government or state-affiliated institutions and stripping them of their heretofore “exceptional” status. In October 2016, for the first time, a Saudi royal was executed for murdering a non-royal citizen. A year later, in November 2017, also for the first time in Saudi history, several royals — among other individuals — were detained at the Ritz-Carlton hotel in Riyadh on corruption charges. Such actions delivered a clear message to Saudis that the rulers of the country are the king and the crown prince, not the entire royal family.

On Sept. 27, 2022, King Salman named MbS prime minister and his brother Khalid bin Salman as the new defense minister. With this bureaucratic step, the king effectively delegated the daily affairs of the kingdom to the young crown prince. Yet combining the positions of crown prince and prime minister is not permanent. The royal decree is clear about that, specifying that MbS’s appointment as head of the government represents an exception to Article 56 of the Basic Law of Governance, which states, “The King is the Prime Minister.” That exception is legally justified under Article 65: “The King may delegate some powers of authority to the Crown Prince by Royal Decree.” In any case, MbS is thus likely to retain the prime ministership for years if not decades to come, since the position will presumably legally revert to the king upon his own eventual ascension to the throne.

The continued, swift rise of MbS has generated a host of difficult but crucial questions, such as: Should we consider this the fourth Saudi state? If so, what is the role of the House of Saud in this new state? Will Saudi Arabia ever return to the status quo ante MbS? What will Saudi Arabia look like on its 100th National Day, in 2032?

The term “fourth Saudi state” is presumably undesirable for the ruling elite, as the current administration presents itself as instituting reforms rather than carrying out more dramatic systemic change. MbS announced that he is interested in developing the kingdom, not transforming it into something new. In his interview with The Atlantic last April, “MBS batted away [the] suggestion that this system is antiquated and might be replaced with a constitutional monarchy.” His position is based on his perceived duty to preserve the system. He would presumably consider upending the current system (i.e., absolute monarchy) a betrayal of the social contract between the royal family and Saudi society.

The reforms introduced by the crown prince have so far been mostly about reducing the power of other members of the royal family by giving priority to technocrats to fill Saudi Arabia’s ministries and state agencies. But MbS’s reforms also include a more determined effort to combat corruption. In addition, the elimination of the enforcement of religious morality codes by adopting more open-minded policies has allowed women greater rights and personal freedoms — changes that would seem hard to undo, making it difficult to imagine the kingdom reverting to the pre-MbS era. These changes would never have occurred without MbS first consolidating enough power to enable him to make the necessary critical decisions in this direction.

Some may argue that these liberal social reforms remain untested, particularly since they depend on state backing. Yet survey data reveals steadily growing popular support for such measures among Saudis. A 2021 poll from the Washington Institute for Near East Policy (WINEP) shows that 39% of Saudi citizens favor a moderate interpretation of Islam, up from 27% in 2017. This year, that percentage increased to 42%, according to the latest WINEP poll. If this trend continues, the majority of Saudis will support a more liberal lifestyle by 2030.

It is difficult to predict the future structure of the Saudi administration and who might hold key positions in the years to come, including that of crown prince under the future king. However, MbS has a track record of enabling other young royals by appointing them to top positions and offering them diplomatic assignments. The current ministers of defense, interior, and foreign affairs, the head of the Saudi National Guard, as well as the ambassadors to the United States and the United Kingdom, are all young Saudi princes who got their chance under the current crown prince’s direction. MbS’s recent appointment to the role of prime minister has only enhanced the future prospects for these young royals.

Today, the 90-year-old kingdom is vastly different compared to what it looked like even a decade ago. With Saudi youth and women able to participate in society more than at any other time before, Saudis are moving toward adopting the discourse of a “nation-state” rather than adhering to religious (Islamic) or ethnic (Arab) rhetoric. Consequently, a nationalistic and even a chauvinistic language is becoming increasingly common among young Saudis on social media. Yet this was predictable. Any new popular discourse usually starts aggressively; but when it reaches a saturation point, it starts to ease and mellow as more people assimilate the rhetoric — in this case, Neo-Saudism.

The major challenge to the full adoption of Neo-Saudism as a national socio-political organizing principle will be the extent to which the Saudi economy is simultaneously reshaped in line with Vision 2030. To accomplish the objectives set out in Vision 2030, Saudis will need to work on not just executing its specific policies but also adopting the principles of a postmodern economy, which is under-girded by neoliberal principles and networked societies with the freedom to access cyberspace. Faithfully adopting these principles will help the kingdom achieve its aims of diversifying away from oil by increasing domestic market competition, encouraging transnational employment, and fostering the growth of indigenous cyber-businesses. Only such meaningful changes to Saudi Arabia’s economy will induce enough Saudis to adopt the entrepreneurial values and work ethic necessary to generate long-term popular support for MbS’s political and social reforms.

Dr. Abdullah F. Alrebh is Associate Professor in Sociology of Religion and Sociological Theory at Grand Valley State University and a Non-resident Scholar at MEI. His research focuses on the politics, culture, religion, and authority of Saudi Arabia, the Gulf, and Islam.