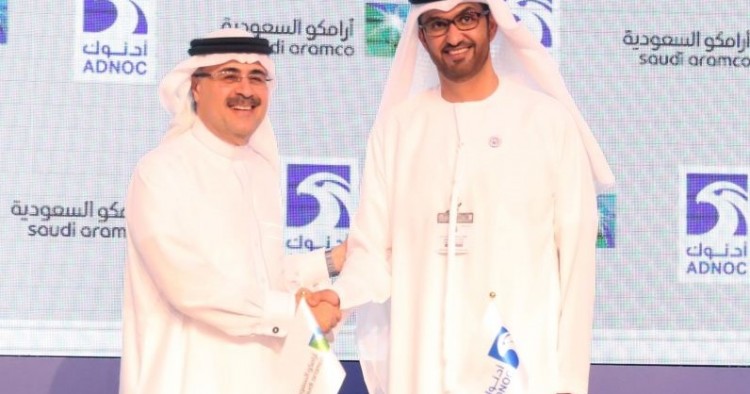 In late May, Saudi Aramco signed an agreement to buy 5 million tons per annum of liquefied natural gas (LNG) from San Diego-based Sempra Energy’s planned LNG terminal in Port Arthur, Texas. The non-binding agreement also envisages Saudi Aramco acquiring 25 percent of the Port Arthur operation, whose plan has just been approved by the U.S. Department of Energy and the Federal Energy Regulatory Commission.

The deal exemplifies Saudi Aramco’s determination to boost the share of LNG and petrochemicals in its portfolio before its long-awaited public offering in 2021. It also represents a logical response to the fact that geopolitical and economic volatility in the oil and gas market has become the new normal. This unstable environment is pushing vertically integrated petroleum companies to expand their petrochemical and refining operations as a strategic hedge. Another sweetener is that technological progress in natural gas logistics, coupled with increased supplies from U.S. shale, is making the LNG market more attractive.

Sempra has signed a similar 20-year agreement with the Polish Oil and Gas Company on acquiring LNG from the Port Arthur terminal. It struck both deals even though it has yet to make a final decision on whether it will go ahead with the project, which as envisioned would have a total export capacity of around 11 million tons per annum.

Both macroeconomic and domestic trends are driving Saudi Aramco’s growing interest in the LNG business. The macroeconomic pull is that natural gas is expected to account for almost 40 percent of the growth in global energy demand in the coming years, with LNG continuing to be the fastest-growing source of supply.

The domestic trend is that Saudi Arabia is replacing oil with gas as a power generator. Its electricity consumption is growing, and oil — which currently fuels 60 percent of its power generation — is more expensive than gas. Reducing its domestic oil consumption will allow Saudi Arabia to export more oil, increasing its revenue.

Last year Saudi Arabia and the United Arab Emirates formed an alliance to coordinate their LNG efforts as a way of meeting growing gas demand. In another recent milestone, Saudi Aramco sold its first LNG shipment in April 2019. The company is one of two that Russia’s Novatek is considering as a 10 percent partner in its Arctic LNG 2 project, the other being Japan’s Mitsui. Scheduled to come on-line in 2022-23 and cost an estimated $25.5 billion, the Arctic LNG 2 plant will have an annual production capacity of 19.8 million tons.

Saudi Arabia has been on a refinery buying binge recently. In 2017 it acquired Motiva, whose Port Arthur refinery is the U.S.’s largest, and pledged to invest an additional $6.6 billion in the facility. Then it acquired 70 percent of SABIC, a state-owned Saudi conglomerate with a major presence in the American petrochemicals industry, in a nearly $70 billion private deal. SABIC bought General Electric Plastics in 2007 and is building an ethane cracker plant in San Patricio, Texas, that will have a capacity of 1.8 million tons a year.

In India, where it is partnering with ADNOC on a $44-billion west-coast mega-petrochemical complex, Saudi Aramco is considering acquiring 25 percent of Reliance Industries’ refining operation — a deal that energy experts have described as a “match made in heaven” because of the potential synergies.

A bigger footprint in the Chinese and Indian petrochemical and refining sectors will help Saudi Aramco ward off Russian competition in the huge markets. It will also help the company to capture more of the oil market that Iran is giving up in those countries because of the reimposition of U.S. sanctions.

The China-India refining-expansion strategy will have geopolitical benefits for Saudi Arabia as well. It fits with Riyadh’s new policy of using investment to help hedge its political bets among global powers such as Russia, China, and India.