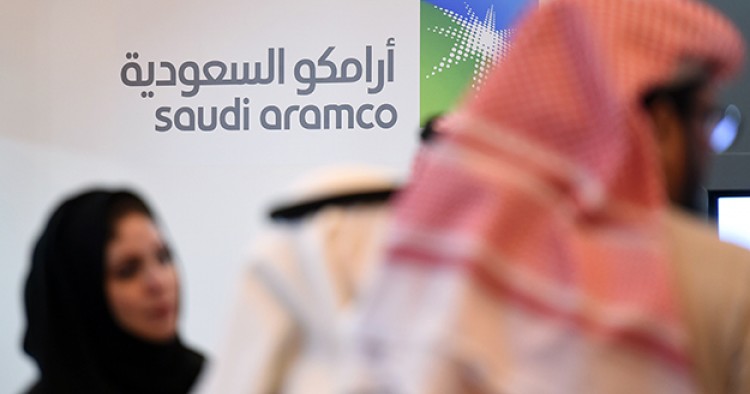 The launch of King Salman Energy Park (SPARK), a new megaproject intended to reinforce Saudi Arabia’s position as a global energy hub, reflects a more cautious approach to economic development in the kingdom. Despite efforts to portray the energy park as part of the broader transformation described in Saudi Vision 2030, the project reverts to traditional economic activities and foreshadows a less ambitious economic agenda in 2019.

Crown Prince Mohammed bin Salman broke ground on the 50-square-kilometer energy park on Dec. 10, 2018. The first phase of development targets $1.6 billion in investments over the next two years. Once fully operational in 2035, planners expect the project to generate 100,000 jobs and contribute $6 billion to Saudi Arabia’s annual gross domestic product (GDP). These contributions would be welcomed in a country experiencing record high unemployment rates, which reached 12.9 percent in the first quarter of 2018, and sluggish growth due to low oil prices.

The park’s location exploits the abundant hydrocarbon resources and associated industrial development in Saudi Arabia’s Eastern Province. Positioned between Dammam and al-Ahsa, SPARK leverages a close proximity to the world’s largest onshore and offshore oil fields. Saudi Arabia contains 15.7 percent of the world’s proven oil reserves, which offer the country a comparative advantage in energy-focused industries and play a central role in economic activities. The petroleum sector accounts for approximately 87 percent of budget revenues, 42 percent of GDP, and 90 percent of exports in the kingdom.

The notion that SPARK ushers in a “new era of growth” for the country is slightly misguided. Rather, the energy park contains a familiar array of economic actors. The key driver behind the project’s development is Saudi Aramco, the state-owned oil company that failed to deliver $100 billion after the cancellation of an initial public offering planned for 2018. Overseeing a new energy park fits more squarely within the Saudi energy giant’s comfort zone. Other multinational companies — including Halliburton, Baker Hughes GE, and Schlumberger — expressed interest in SPARK by signing investment agreements and memorandums of understanding.

Saudi Aramco will collaborate with the Saudi Authority for Industrial Cities and Technology Zones (known as MODON) to develop and manage the energy park. According to Khalid A. al-Falih, minister of energy, industry, and mineral resources and chairman of Saudi Aramco, SPARK will function as a special economic zone. Other zone models in Saudi Arabia, such as the economic cities launched in the early 2000s and the King Abdullah Financial District, have been plagued by major delays and financial sustainability issues. Newer megaprojects, like the $500 billion NEOM project launched by the crown prince in 2017, face funding challenges and uncertain interest from international investors. In comparison to these ambitious initiatives, SPARK represents both a smaller-scale and safer investment.

Economic policymakers are likely to market the project as playing a key role in realizing Saudi Vision 2030. Although the broad aim of the economic development plan is to reduce the kingdom’s dependence on oil revenues, it also seeks to reinforce Saudi Arabia’s dominant position in the global energy industry. Enhancing downstream capabilities and boosting industries that rely heavily on hydrocarbon inputs therefore serve to advance these partial economic diversification efforts. The energy park will comprise five main areas, with an initial focus placed upon general manufacturing, electricity and equipment, liquids and chemicals, metal formation, and industrial services.

SPARK also aligns with Vision 2030’s goal to increase the localization of the oil and gas sectors from 40 percent to 75 percent. Saudi Aramco is driving this process through its In Kingdom Total Value Add (IKTVA) program, which aims to double the percentage of locally-manufactured energy goods and services, export 30 percent of Saudi-made energy sector products, and create thousands of jobs for Saudis within the sector by 2021. Saudi officials estimate that the energy park project will localize 350 industrial and service providers as part of this broad initiative.

SPARK is just one of many ongoing megaprojects in the kingdom, but it nevertheless provides a window into Saudi economic policy decision-making after a challenging year. Growth in the non-oil sector slowed from 2.4 percent in 2017 to 2.1 percent in 2018. Foreign investment inflows into Saudi Arabia have declined substantially in recent years: falling from $8.14 billion and $7.45 billion in 2015 and 2016 to a mere $1.42 billion in 2017. According to UNCTAD, significant divestments and negative intra-company loans as well as a downward trend in foreign investment levels since the global financial crisis of 2008-09 contributed to this steep decline. Moreover, political scandals and diplomatic disputes with Canada and Germany have shaken investor confidence in the country.

In this light, SPARK marks a return to a commercial sphere where Saudi Arabian policymakers feel both confident and comfortable. The country possesses the expertise and existing partnerships needed to produce tangible results over a two-year period. Moreover, the energy sector avoids much of the social or religious scrutiny associated with the tourism and entertainment industries. The energy park may help to accomplish certain elements of Vision 2030, but it is unlikely to support the comprehensive economic transformation promised in 2016.