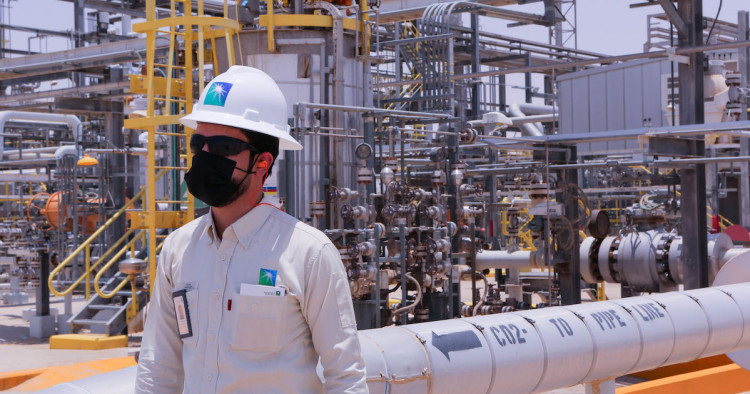 This article is the second in a two-part series focused on Saudi Arabia’s natural gas industry. The first piece covered the domestic outlook.

Saudi Aramco (Aramco) seeks to enter the global gas business again. The company aims to build new business opportunities in the hydrogen and carbon capture and sequestration (CCS) sectors utilizing forecasted new domestic gas production. Its main challenges are long-term consistent commodity-cycle-insulated investment and domestic gas resources. With the robust recently announced financial results, the company has laid out aggressive plans to enter these capital-intensive sectors. A more credible and direct path to asset development may be directing Aramco to pursue targeted acquisitions of assets and companies and the development of strategic partnerships.

In 2016, the government directed Aramco to broaden its portfolio and diversify its revenue streams. As a result, the company embarked on a strategy review that identified several potential business opportunities, one of which was to establish a global gas business. The author was the senior advisor of the International Gas Initiative. After several months of internal analysis and study, the company developed a comprehensive international gas strategy. The fundamental tenets of this strategy are listed below:

The ultimate goal was to build a material international gas business using other integrated energy company multinationals as a model that could contribute significantly to the company cash flow within 10 years.

The company moved from strategy development into implementation for four years, allocating dedicated resources and capital investment and conducting external engagements with potential business partners. Then, in March 2020, with COVID-19 emerging and a decrease in the oil price due to a global dispute between Saudi Arabia and Russia, Aramco suspended all international gas activities. With the decline in commodity price, revenue forecasts crashed, and company management was reluctant to commit to long-term capital projects outside of their comfort zone, domestic oil and gas production. Secondly, the LNG market at the time was oversupplied, making LNG sales, especially for a new market entrant, difficult. As such, Aramco eventually terminated the international gas initiative in 2021.

Considering the current global gas and LNG market today, the decision to suspend the international gas initiative seems premature. It is highly likely that the company, at this stage, would have established market credibility in LNG marketing and trading and equity positions in several LNG assets in time to capture the unexpected uptick in the global LNG market.

With the recently announced Jafurah Field moving into the development phase, Aramco has again stated it is keen to enter the global gas market. However, as mentioned in the first article in this series, Aramco faces many technical, commercial, and operational challenges developing and commercializing the field. Additionally, the Jafurah reserves are insufficient to satisfy domestic gas needs and international gas aspirations. That said, the company recently announced plans to proceed with significant capital investments to support the development of green and blue hydrogen production. The path to blue hydrogen is more aligned with the Aramco business as it is derived from natural gas. During the making of blue hydrogen, carbon is stripped, captured, and sequestered, rendering the blue hydrogen “clean” or essentially carbon free. Green hydrogen is hydrogen produced by splitting water into hydrogen and oxygen using renewable electricity. In both cases making hydrogen is carbon intensive and carbon stripping and capture is essential. Any hydrogen generated in the kingdom must be transported by vessel — vessels that have yet to be designed to carry the hydrogen fuel safely and economically. At the moment, the best route to export hydrogen would be via ammonia carriers and then convert the cargo to hydrogen at the destination. In short, the hydrogen value chain, be it blue or green, is not fully defined and will require a multinational effort to commercialize and operationalize. With its position in the global energy market, Saudi Arabia can play a part in global hydrogen if it has the long-term discipline and can consistently invest in the business through global commodity cycles.

Aramco could also expand into the international gas market by first building a regional gas presence. Any gas in the Ghawar region and the Rub al-Khali could be linked to the Emirati and or Omani gas networks and exported to global markets via their operating LNG facilities. Integrating with the Omanis would provide access into the Indian Ocean, which has an advantage in that cargoes could avoid the very congested and contested Strait of Hormuz. Integration with regional neighbors also allows Aramco to allocate capital to hydrogen and CCS projects while still developing gas export routes at a lower capital cost (e.g., not building a greenfield LNG plant or having to build LNG carriers).

Aramco could also expand the domestic gas infrastructure network and develop a gas export facility on the Red Sea coast, again avoiding the Strait of Hormuz chokepoint. Anchoring a gas facility, be it hydrogen/ammonia, CCS, or LNG, on this coast would provide the Saudis with a commercial advantage to reach the Atlantic Basin, including the currently stressed European market. 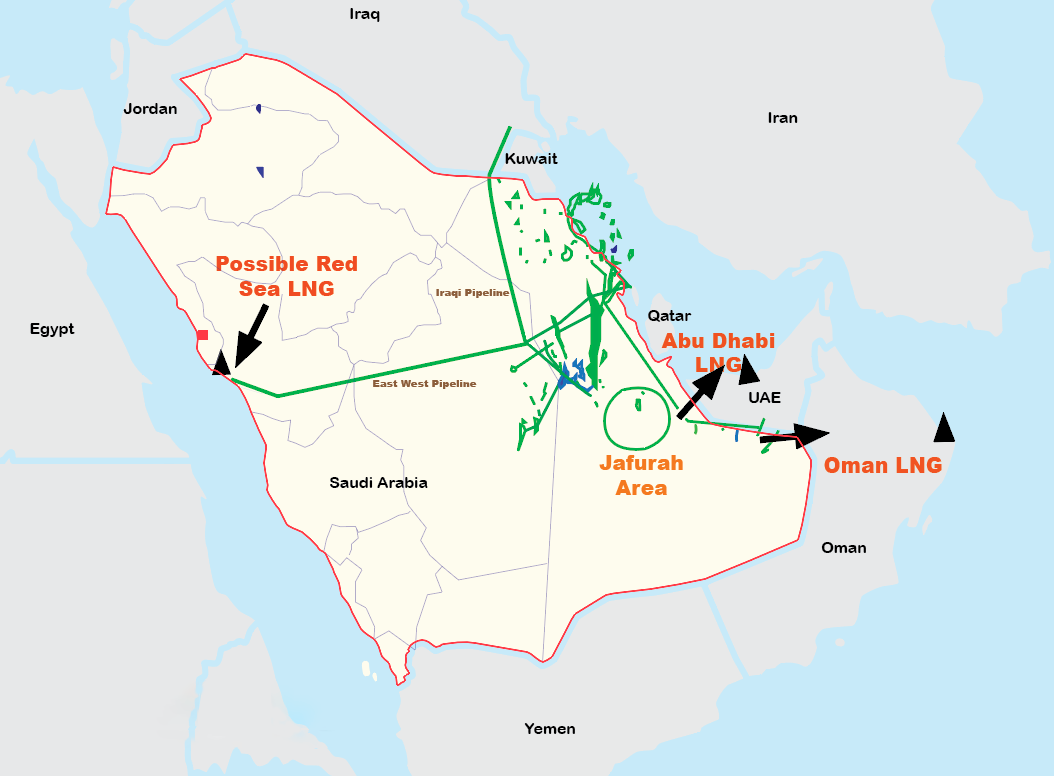 In summary, the Saudis have numerous opportunities to enter the global gas market via hydrogen/ammonia and LNG that could allow them to stretch their capital. Success depends on capital stewardship, a sound business development plan, and a consistent long-term investment strategy.

With the announced 2021 fiscal year financial results, the company stated it will sharply increase capital expenditures in 2022. Aramco reported a more than doubling of annual net profit in 2021, boosted by higher prices. Interestingly, while Aramco executives have made statements about the development and investments in hydrogen, the CEO has said that the focus of near-term capital investment will be conventional oil and gas production. Aramco management has struggled to adhere to consistent long-term capital investment in the past. This was one of the significant challenges facing the International Gas Initiative. And to confirm this corporate character trait, the CEO, Amin Nasser, recently stated, “Although economic conditions have improved considerably, the outlook remains uncertain due to various macroeconomic and geopolitical factors." Further managing expectations, the Aramco CTO, Ahmad al-Khowaiter, stated, “Those investment decisions take several years of capital investment and then construction, and finally, start-up. So we’re talking a five to seven-year timeframe before a large global world-scale project could be on the ground running.” The lengthy project timeline from final investment decision to first production will straddle commodity pricing cycles and thus corporate budget cycles, threatening project realization.

Considering the internal corporate challenges and robust financial results, the most credible and direct entry into the global gas, LNG, hydrogen, and CCS markets may be via targeted acquisitions of assets or companies or the development of strategic partnerships operating in the space. For the kingdom, an additional option exists whereby the Public Investment Fund, its sovereign wealth fund, could pursue an acquisition independent of Aramco. Pursuing both options would demonstrate commitment, lend credibility to the recent Aramco executive statements, and yield tangible results within a shorter timeline than greenfield project execution, thereby avoiding the internal challenges of long-term consistent commodity-cycle-insulated investment.

Wayne Ackerman has more than 30 years’ experience in the upstream exploration and production sector and major capital project development, including LNG. Most recently, while at Saudi Aramco, he developed the International Gas Strategy, which was sanctioned by the Board. He then led implementation, completed global opportunity screening, and led the North America LNG commercial efforts. He is also the founder and president of Ackerman and Associates Global Consulting, LLC, and a member of the Advisory Council for MEI’s Program on Economics and Energy. The views expressed in this piece are his own.