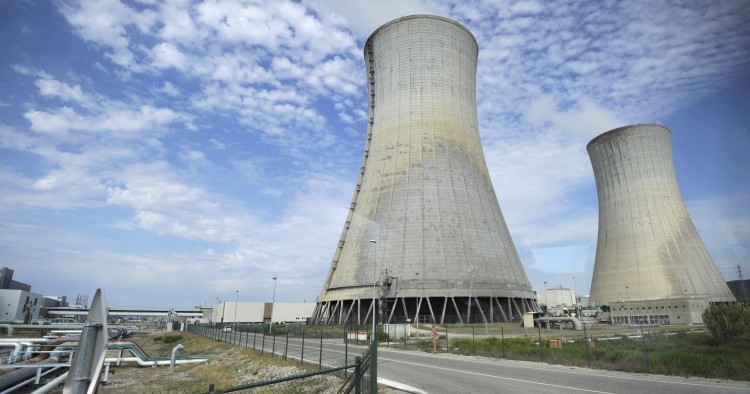 On August 4, 2020, The Wall Street Journal (WSJ) reported that Western officials have grown concerned about nuclear cooperation between China and Saudi Arabia in the construction of a facility for extracting uranium yellowcake from uranium ore, a considerable shift in Riyadh’s civilian nuclear program. According to this account, the facility is being built with the assistance of two Chinese companies in a remote desert location near the northwest Saudi city of Ula, roughly midway between Medina and Tabuk, at the farthest distance from Iran. Yellowcake, a semi-processed form of uranium, is itself the crucial ingredient for both nuclear power reactors and nuclear weapons. Although the Saudi Energy Ministry has denied that the yellowcake uranium harvesting facility is under construction, the Kingdom nonetheless has made it clear that it intends to become proficient in every facet of the nuclear fuel cycle.[1]

The day after the WSJ appeared, The New York Times reported that US intelligence agencies are “scrutinizing” efforts by Saudi Arabia to augment its ability to produce nuclear fuel, which could then put the Kingdom on a path to developing nuclear weapons. According to the classified analysis, Saudi Arabia is working with China to build industrial capacity to produce nuclear fuel that could later be enriched to weapons-grade level. The intelligence agencies have identified a newly completed structure located near a solar-panel production facility in the vicinity of Riyadh — a structure that could be one of several undeclared nuclear sites. However, US intelligence analysts had yet to draw firm conclusions about some of the sites under scrutiny. Even if Saudi Arabia has decided to pursue a military nuclear program, it would be years before it could have the ability to produce a single nuclear warhead.[2]

For the purpose of contextualizing these recent accounts, it is important to note that in 2011 Saudi Arabia declared that it planned to construct 16 nuclear power reactors within 25 years. The projects’ cost could reach $80 billion, a huge opportunity for the Chinese companies and others that build and operate nuclear plants. Nuclear power is essential to Saudi Arabia to meet its growing energy demand for electricity generation and water desalination while reducing its reliance on depleting hydrocarbon resources. Nuclear energy would allow the Kingdom to increase its fossil fuel exports. About one-third of Saudi Arabia’s daily oil production is consumed domestically at subsidized prices; substituting nuclear energy would free up this petroleum for export at market prices.[3]

Moreover, Saudi Arabia is the largest producer of desalinated water in the world. According to the government-owned Saudi Saline Water Conversion Corp (SWCC), by the end of 2017 the Kingdom had raised its desalinated water production to five million cubic meters per day (m3/d). Ninety percent of the country’s drinking water is desalinated, which burns approximately 15% of the 9.8 million barrels of oil it produces daily. Nuclear power could meet some of this demand.[4]

In recent years, Saudi Arabia and China have publicly announced several joint nuclear projects in the Kingdom, including one to extract uranium from seawater, with the stated goal of helping the world’s largest oil producer develop a nuclear energy program or become a uranium exporter. In January 2016, during the visit of Chinese President Xi Jinping to Saudi Arabia, the two countries signed an MoU to construct a high-temperature gas-cooled reactor (HTR). At the time, no details of the size of the high-temperature gas-cooled reactor or the project timeline building were disclosed. Since 2003, China Nuclear Engineering Corporation (CNEC) has been working with Tsinghua University on the design, construction, and commercialization of HTR technology. The partners signed a new agreement in March 2014 to further cooperation in both international and domestic marketing of the advanced reactor technology.[5]

In parallel with civilian nuclear energy cooperation with China, the Kingdom also entered negotiations with the Trump administration aimed at reaching an agreement, which would require congressional approval, to help Saudi Arabia build a civilian nuclear program. However, the Kingdom has consistently refused to sign on to the standard International Atomic Energy Agency (IAEA) requirements, which led to a deadlock in discussions of nuclear cooperation between the two countries. It was at this point that Saudi Arabia turned to Beijing, seeking relatively unfettered access to nuclear technology and cost savings.[7]

The Kingdom’s interest in nuclearization is therefore nothing new. Nor is the concern that in certain circumstances and conditions, its efforts could turn toward nuclear weapons. In March 2018, while visiting the United States, Crown Prince Mohammad bin Salman, told the CBS news program 60 Minutes: “Saudi Arabia does not want to acquire any nuclear bomb, but without a doubt, if Iran developed a nuclear bomb, we will follow suit as soon as possible.” However, it is not clear whether the Crown Prince was referring to the Kingdom developing its own nuclear weapons, buying them, or joining forces with Pakistan or some other entity.[8]

Besides, Saudi Arabia has spent years developing a civilian nuclear program and has a partnership with Argentina to build a reactor in the Kingdom. In fact, Riyadh has been systemically acquiring skills (uranium exploration, nuclear engineering, and ballistic missile manufacturing them that would position it to develop its weapons if it decided to do so.[9] Yet, Saudi Arabia has rejected limits on its ability to control the production of nuclear fuel.

The Saudi calculation likely stems from the view that nuclear energy is a powerful geopolitical instrument in the Middle East. Saudi Arabia and Iran are on opposite sides of conflicts in Syria and Yemen, and Riyadh is concerned by Tehran’s influence in other Middle Eastern nations such as Iraq and Lebanon. Moreover, the Kingdom can no longer count on Washington’s willingness to counter Iran, and might well have determined that it will have to deter Iran on its own. Therefore, until the Iranian nuclear program is permanently terminated, the Saudis will most likely keep the option open to produce their own fuel, thereby providing a pathway to a weapon.

An additional concern is that Saudi Arabia continues to have an arsenal of Chinese long-range missiles. Traditionally, the US has served as the Kingdom’s leading defense partner. In recent years, however, Saudi Arabia has sought to diversify its security relationships in order to meet its defense needs. Beijing-Riyadh security relations have focused primarily on weapons sales from China to Saudi Arabia, particularly systems that other suppliers (e.g., US and the West) refused to sell to the Kingdom, due to non-proliferation regime restrictions and pressure from Israel.[10]

Saudi Arabia’s interest in developing its ballistic missile program with the help of China could be a further sign that the Kingdom is pushing forward to obtain nuclear weapons and the means to deliver them.[13] In January 2019, the Washington Post reported that Saudi Arabia appears to have constructed a plant for producing ballistic missiles at al-Watah, southwest of Riyadh, a development that raises questions about the Kingdom’s increasing military and nuclear ambitions. According to nuclear weapons experts, potential rocket-engine test stands for solid-fuel rockets bear a strong resemblance to China’s. Although any missiles that the Saudi Arabia were to produce would be conventionally armed, as the Kingdom does not now have a  nuclear weapons program, a missile-making facility would be a critical component of such a program were the decision to be taken to move in that direction.[14]

In the end, the existence of a Saudi ballistic missile production facility, the discovered large deposits of uranium, the facility for extracting uranium yellowcake, and the uncertain future of the Iran nuclear deal raises concerns that Riyadh may be pursuing capabilities needed for a covert nuclear weapons program. The Saudi interest in acquiring advanced nuclear capabilities presents significant dangers for the broader international non-proliferation regime, the balance of power in the Middle East, and Israel’s national security.

First, given the internal and external challenges that the Saudi regime faces, possible future instability could lead to its nuclear assets falling into the wrong hands.

Second, a nuclear-armed Saudi Arabia would likely spark a nuclear arms race in the Middle East that would further destabilize this volatile and vital region.

Third, Saudi acquisition of the capability to make the vital explosive ingredients of nuclear weapons runs a high risk of undermining the nonproliferation regime that the US has led for decades, and may even cause a cascade that includes Turkey, Egypt, and the UEA, turning the Middle East into a nuclear-armed region.[15]

Fourth, in recent years we have seen more civil nuclear projects in the Middle East, projects that are not intended for military use and which the international community has views as being legitimate. These projects are slowly creating a new reality in which nuclear knowledge and capabilities are spreading. It for this reason that it is contrary to Israeli interests, in particular, that Riyadh develop its civil nuclear project, even though the two countries have common goals and are working together on strategic issues.[16]

Last but not least, the prospect of Saudi Arabia developing its nuclear program with the assistance of China is likely to further inflame US-China tension at a time when the bilateral relationship is facing its most serious challenges in four decades. It also comes at a time when the Trump administration is aggressively taking on China on numerous fronts, ranging from Beijing’s new national security law for Hong Kong and human rights abuses in the Xinjiang region, to the coronavirus pandemic, accusations of espionage, trade-related issues, and the militarization of the South China Sea.[17]