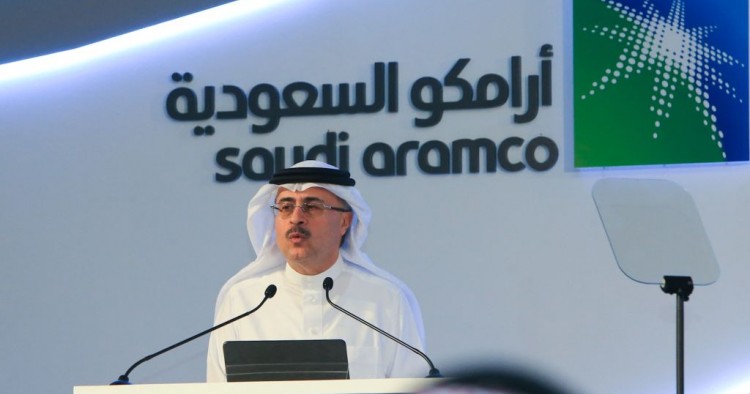 Saudi Arabia declared a price war against Russia in early March to prove a point: that it can offer an unprecedented supply of 12.3 million barrels per day (bpd), way above the record 11 million bpd it reached in November 2018, and expand its market share at the expense of Moscow. As the coronavirus pandemic brings the world to a standstill, the question is how long it can sustain this war.

For market watchers, Riyadh’s ability to pump that much crude from its oil fields and maintain that level for a year without investing any new capital, as Saudi Aramco CEO Amin Nasser declared, is not the issue. What’s more important now is who will buy it.

Since the OPEC+ alliance collapsed in early March after Russia balked at joining OPEC producers in cutting crude supply further to shore up falling oil prices in the face of weakening demand in China, the world has plunged into deeper crisis. Demand for oil is crashing as airlines around the world ground their fleets and millions of people are in lockdown at home. Many refineries are coming to a standstill, as their fuels are not needed. Pipelines are sitting idle. Onshore and offshore storage is filling to the brim in some areas and very large tankers are being used as floating storage at sea.

The repercussions of this for oil producers are huge. The sharp drop in oil revenues — more than 60 percent in one month — and the unmanageable oil surplus due to lack of buyers is starting to bite at the wellhead. Many, including in Brazil and Canada and further afield in Africa, are starting to shut down production to mitigate their losses. U.S. shale producers, for many years a nemesis of both Russia and Saudi Arabia, are no exception as drilling starts to slow down. That might be considered an important win for those waging the price war, who have long regarded the shale producers as free riders.

To undercut its rival suppliers, Aramco offered its crudes for April at a big discount to benchmark Brent, only for the price of Brent to fall below the reduced Saudi monthly official selling price (OSP). To stay competitive Riyadh now needs to cut its May OSP even further, offering even deeper discounts to Brent to be able to sell the oil it intends to ship. Aramco will announce its OSP for May in the first week of April.

This downward spiral could continue into June and beyond. Global demand is expected to fall by 20-25 percent from the 100 million bpd consumed globally within weeks. Brent could hit a new low in the teens for the first time in decades. Aramco managed to lock in buyers for its crude for the month of April, largely because of the huge discounts. As it continues to flood the market, only much deeper discounts can guarantee buyers for its crudes. Whether it succeeds while demand continues to fall to new lows remains to be seen.

Is Saudi Arabia committing suicide by staying the course with its declared price war? Probably not. Riyadh has one of the biggest financial cushions in the world, estimated at $600-plus billion in reserves, to rely on if worse comes to worse. To win the oil price war it can only escalate against its rivals. It will suffer from dwindling revenues for the sake of winning the biggest bounty: a sizeable market share, the biggest, where greater volume will compensate for the low price. That at least is what it’s bargaining for.

Saudi Arabia engaged in a similar price war in 1986. At the time it lasted for six months in a market that is very different from today’s. A major difference is that unlike in the 1980s, the current low oil price cannot spur demand and generate economic activity while the world is hit by a pandemic, stock markets are crashing, and many industries are buckling under the strain of lockdowns. Notwithstanding their financial ability to weather the low oil prices and falling revenues, the Saudi-Russian duel could end if both producers crash on the rock of disappearing demand as they struggle to sell cheap oil that no one wants to buy.

The aftermath of this oil market crisis could usher in its own challenges and probably its own crisis as the world moves from the repercussions of demand destruction to a mounting threat of supply destruction. As the Saudi bulldozer plows ahead to the point where it thinks it has achieved its goals, it is crushing a lot of suppliers, including among its OPEC peers. Many are declaring force majeure on production operations while buyers of crude are doing the same on long term contracts. What’s more, every time Aramco discounts its crude prices, they have to follow suit and discount theirs to stay in the market. Once this crisis is over, the oil industry landscape will look very different from the one we have known until now.

Ruba Husari is an expert and analyst on Middle East energy issues based in Dubai. She is the managing director of OZME Consultants and a non-resident scholar at MEI. The views expressed in this article are her own.