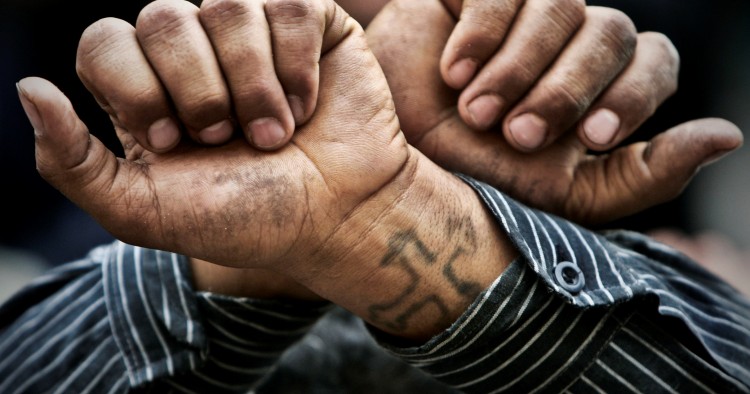 Much has been written on the impact of the post-2011 insecurity in the Middle East on the growth of sectarian violence. The social, economic and political ruptures that came into play in the wake of the Arab uprisings led to increased levels of violence experienced across the region. Elements of society that were already relatively vulnerable experienced particularly heightened levels of threat.[1] In Egypt, arson attacks on churches were a feature of the early transition period after the January 25 uprising, despite the promise of the Supreme Council of the Armed Forces (SCAF) to ensure the security of Egyptian citizens. The disillusionment with the security situation under the SCAF turned to horror after the Maspero Massacre of October 2011, during which soldiers killed 24 Coptic protesters.[2]

Despite this, Coptic activists tried to hold the ground that they had gained in the public space. Movements such as the Maspero Youth Union gained visibility and resisted efforts to push them back to the margins of the transition debate. Egyptian media joined the struggle by undermining this new form of Coptic visibility and claims for inclusion in public discourse. The concerns aired by Coptic activists were characterized as factional interests, as defined against Egyptian interests. The latter had to take priority, pointing to an embedded perspective that Coptic concerns are ‘other’ to Egyptian ones and should be dealt with within closed spaces via the Church leadership.[3] Copts were essentially minoritized, despite the prominence of inclusive imagery and slogans of national unity during the January 25 uprising.

To Be or Not to Be a Minority

This contrast between the language of the uprising and the language of immediate transition points to a dilemma that underlies approaches to the violence targeted against Christians in Egypt. Violence against Copts, while labelled sectarian strife (al-fitna al-Ta’ifiya), is portrayed as having its roots outside of the Egyptian national context. Responses are to characterize this sectarianism as alien to Egyptian culture, as something carried out by those who have forfeited their ‘Egyptian-ness’ by giving their loyalty to a terrorist mentality that is transnational, or as mentally ill and therefore unaccountable for their actions. Responses also include an affirmation that Christians are an integral part of the Egyptian social fabric and cannot be considered as a persecuted national minority needing protection.[4]

The distaste for describing Christians as a minority runs through both Coptic and Egyptian nationalist thought. The minority label is perceived to negate the indigeneity that forms an inseparable aspect of constructions of Coptic identity.[5] It also undermines the national unity discourse that is heavily embedded in Egyptian national imagery and consciousness since the 1919 revolution.[6] The denial of the minority label by Coptic leaders is part of the entrenched strategy of seeking to minimize exclusion and to cooperate with the government by playing down attacks on Copts, often resorting to informal reconciliation meetings to resolve disputes rather than subjecting the problem to the scrutiny of the justice system or public debate. These councils, sometimes leading to the enforced internal exile of whole Coptic families to displace them away from the scene of the dispute, just shifts the underlying problems rather than eliminating them. While they lead to a short-term calming of tensions, they leave the sources of the problem to simmer until the next incident.

In this context, targeted attacks on churches and individual Christians continue. But as the nature of the attacks has shifted since the Arab Spring, so too have some aspects of the Coptic response. One way they have changed is in the portrayal of violence against Copts internationally. In the past, some diaspora Copts had adopted the minority rights discourse familiar in the West in order to call for pressure to be placed on Egypt to protect Copts. This approach had been strongly rejected by the Coptic leadership in Egypt and largely by Copts in the diaspora too. Those who sought to highlight Coptic persecution in Egypt were depicted as traitors to the Egyptian nation and as a threat to national unity and stability, as well as undermining the favored citizenship (mowatana) discourse[7] employed by Church leaders and the Egyptian government.

However, the new context of the post-Arab Spring Middle East and the changed terrorist threat in the shape of ISIS has added a further element to the violence against Copts in Egypt; that is, to trans-nationalize it. A precursor to this was the threat made to Copts by al-Qaeda affiliates who attacked a church in Iraq in 2010; five years later, 21 Copts were murdered by ISIS affiliates in Libya. Then, in 2017, ISIS declared that Copts had become a major target for attacks.[8] This has led some members of the Church leadership to seek to raise global awareness of the suffering of Copts, who are vulnerable both inside and outside Egypt’s borders.

In particular, Bishop Suriel, Coptic Orthodox Bishop of Melbourne and Bishop Angaelos, Bishop of the Coptic Orthodox Diocese of London in the United Kingdom have become increasingly visible in publicizing the threats faced by Copts.[9] Since 2011, both bishops have spoken increasingly about the issue of persecution, but it is from 2014 onwards that this has increased most significantly, largely through the discussion of a genocide faced by Middle Eastern Christians in general, thereby placing Copts in this broader borderless context.[10]

In this way, with the source of violence against Copts now being placed at door of ISIS militants rather than local Egyptian tensions, it is easier to speak out without disrupting Coptic national identity or relations between the Church leadership and the government. The genocide discourse is an international one, acting as an alternative to the tendency to use the minority label in Western media and policy discussions about Christians in the Middle East. It is also an emotive term with significant resonance for the international community. By employing it, Copts are able to raise awareness about sectarianism in the Middle East as a global or transnational issue while maintaining a stance within a national framework of not being ‘othered’ by the minority label. This new sectarianism is one that is beyond borders and that seeks solutions from, and places responsibility on, the global community.

[3] Elizabeth Monier, “The Arab Spring and Coptic–Muslim Relations: From Mubarak to the Muslim Brotherhood,” The European Yearbook of Minority Issues 11 (2012): 169-186..

[4] Elizabeth Iskander, “The ‘mediation’ of Muslim–Christian relations in Egypt: the strategies and discourses of the official Egyptian press during Mubarak's presidency,” Islam and Christian–Muslim Relations, 23:1, 31-44..

[10] Bishop Angaelos was involved in a campaign to designate ISIS's atrocities against Christians and Ezidis (Yazidis) as a genocide. See for example the interview with Bishop Angaelos on BBC’s Hardtalk program: http://www.bbc.co.uk/news/av/world-middle-east-39669099/angaelos-christ…