Security sector reform and the Internal Security Forces in Lebanon 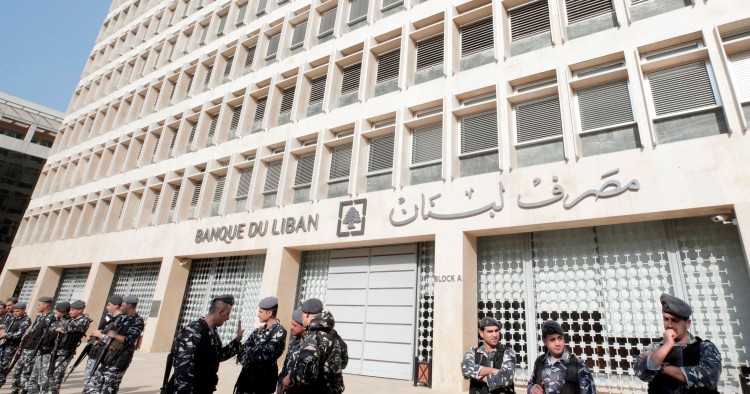 Reform efforts in the Lebanese Internal Security Forces (ISF), supported by international donors, have shown good results in a jurisdiction in Beirut. These results, even while imperfect and limited in scope geographically, are encouraging, because obstacles to the provision of fair and effective policing in Lebanon are myriad. They include a troubled relationship between the people and the state, and the competition from non-state groups in terms of providing security. However, there is opportunity for change and international cooperation is ongoing, even if it also encounters its own challenges. Encouragingly, public survey data show that the moves towards a Community Policing model have increased residents’ sense of safety and their trust in the police. While there is a lot left to do, and while security sector reform must be part of a concert of reform efforts, these results validate the choice to engage with the ISF. These results are also encouraging in terms of ongoing changes at the ISF, which will bear fruit in the coming three years.

Two challenges to fair and effective policing in Lebanon

The challenges to fair and effective state provision of policing in Lebanon are legion, but two central issues stand out. One is the mixed relationship between the citizenry and the state security agencies, including the ISF and General Security (GS). Studies of public opinion of security agencies have provided a refined understanding of perceptions, but in blunt terms, lack of trust in the security agencies is linked to lower reporting rates and less cooperation in combatting crime.

Linked to this uneasy relationship is the complaint that, like many organs of the state, the security institutions are affected by the sectarianism and clientelism that crosshatch Lebanon as a whole. This state of affairs challenges the impartiality of the police. It can also have an effect on strategic clarity, as leaderships simply cannot ignore the weight of historic convention that balances the interests of the different sectarian constituencies in the ISF.

However, there is also clear impetus for change. Survey data suggests that while 25 percent of people would seek help from non-state actors if they were a victim of crime for security needs, 92 percent want the state security agencies to have primacy in security provision. On the other side, the ISF’s Strategic Plan 2018-2022 has committed the organization to an overall shift to increased accountability and protection of human rights. Such ambitions, of course, will take some time to realize and will not proceed entirely smoothly. However, these developments have been taken up as an opportunity by international donors, who theorize that the reform of state security agencies is one path to improving Lebanon’s stability.

This has brought a handful of donor states into a security sector reform (SSR) partnership with the ISF, including the U.K., EU, France, and the U.S., and simultaneously presented them with a slew of challenges. They are confronted with organizational inertia and often frustratingly little strategic influence, even while they strive for Lebanese ownership of modernization projects. In addition, donors and their implementing partners have to work within the complex politics of the Lebanese state as a whole, and within the particular confessional ecology of the security sector.

Nonetheless, in the face of these complications, SSR efforts in the ISF are bearing fruit, most measurably in an ISF jurisdiction in Ras Beirut. This is the site of the most visible part of the cooperation between the ISF and the U.K.’s implementing organization, the British Policing Support Team. The internationally assisted project at Ras Beirut began in 2014, and it is part of a wider SSR project that stepped up in 2016 both in terms of finance and reach.

This cooperation falls within the ISF Strategic Plan’s movement toward a Community Policing approach, an adaptable rights-based model that promotes citizen or community participation in policing practice and policy, and promotes an accessible and visible police service. While the work at Ras Beirut has been prominent, there is significant, less visible work under way at the Police of Beirut (which covers Ras Beirut), the ISF Academy, Mobile Forces, Inspectorate General, and Staff Unit. This behind-the-scenes work aims to entrench Community Policing values across the ISF through, respectively, developing training, public order practices, accountability mechanisms, and strategic planning capacities.

A major goal of Community Policing is to improve trust between the public and the police, ultimately to increase cooperation, cut crime, and improve security. Public survey data on perceptions of the local police in Ras Beirut reflects the success of the measures taken there so far. Trust among the residents in Ras Beirut station has improved: between 2013 and 2017, the proportion of respondents with full trust in the station increased from 21 percent to 46 percent.

The survey data also shows that Ras Beirut police are felt to be more present in the neighborhood than in the surrounding stations, scoring superior measures of daytime and nighttime patrol visibility, presence, professionalism, and ability to intervene to protect the rule of law. Furthermore, Ras Beirut scores higher in all but two measures of accessibility and communication than the surrounding stations.

These measures of improved trust are important because they demonstrate that SSR efforts are having an effect on the relationship between the people and the ISF, even while they take time to do so. Increases in trust and sense of safety reflect the ISF dealing in a more respectful and professional manner with the people in their jurisdiction, in accordance with Community Policing ideals.

The need for ongoing efforts

There is not clear evidence that this changing relationship has yet realised the ultimate goals of Community Policing – i.e. better cooperation between ordinary citizens and the ISF over preventing crime. However, it is at the very least a good sign for future prospects. Increased public trust in the ISF also makes it more competitive against non-state actors in the marketplace for providing security to the residents of Lebanon.

Despite these changes, there is no disputing the claim that the Lebanese security agencies continue to compromise human rights. Some officers display troubling disregard for the rights of those in custody, meting out various types of mistreatment. Without a doubt, these ongoing problems evidence the great need for further change in Lebanon’s security agencies.

Do something or do nothing

However, some critiques of SSR in Lebanon do point to these grave problems as evidence for stopping international cooperation with the ISF. To turn to a critique specific to Ras Beirut, this points out that the U.K.-supported transformation of the station did not touch the two ISF bureaus belonging to a different unit working out of facilities in the same building. These are the Drugs Repression Bureau and the Human Trafficking and Morals Bureau. These particular bureaus have had a fearsome reputation for human rights abuses, practices diametrically opposed to Community Policing. This critique sees these malpractices as evidence of the failure of the changes at Ras Beirut station, and even of indicators of the failure of Community Policing as a method. (Incidentally and in the interest of accuracy, it should also be mentioned that there is another bureau, the Gambling Repression Bureau, that also works out of the same building.)

In fact, U.K. and U.S. implementers were aware of these bureaus’ reputation. However, as noted, international implementers do not have perfect access and simply cannot force their choices onto the ISF. Here, they were unable to persuade the ISF to simplify the tasks of creating a Community Policing model in Ras Beirut by relocating the problematic bureaus, nor the mandate from the donors to work with these bureaus. This left them a choice to abandon the project or to continue with the bureaus remaining in the building, and the critique that cites the cohabitation of the offending bureaus fails to evoke the emptiness of choosing to do nothing.

This is the difficult choice at the core of SSR anywhere – the question of whether to do something or nothing at all, while knowing that doing something will not produce perfect results and will only bear fruit in the long term. The ongoing work at Ras Beirut, and behind-the-scenes efforts at the Academy, Inspectorate General, and Mobile Forces, will not transform the ISF overnight into a peerless police agency. However, they will support structural and behavioral changes that will challenge these traditions in the longer term.

Finally, hoping for improvements toward fair and effective policing through developing police institutions alone is unrealistic. The issues that affect the ISF – for example, corruption or mistreatment of detainees – are part of larger issues in Lebanon as a whole. To tackle these issues, it is necessary to recognize how they act as systems across Lebanese institutions and society. For example, overcrowding of prison cells is intimately linked to judicial constipation and problematic policies toward refugees, while police corruption is part of an entrenched economy of corruption, some of which is driven by the inexpediency of the legal economy.

These are intricate and often confounding issues for those attempting to improve provision of security in Lebanon. However, what is clear is that SSR efforts are already having an effect. Currently, large-scale transformations of ISF units in Achrafieh, Raouche, and Ramlet al-Bayda are under way, building on the successes and lessons of Ras Beirut. These visible transformations are part of broader changes in the ISF. With these ongoing, more positive indicators on the changing performance of the ISF and its changing relationship to the people will emerge in the coming two to three years.