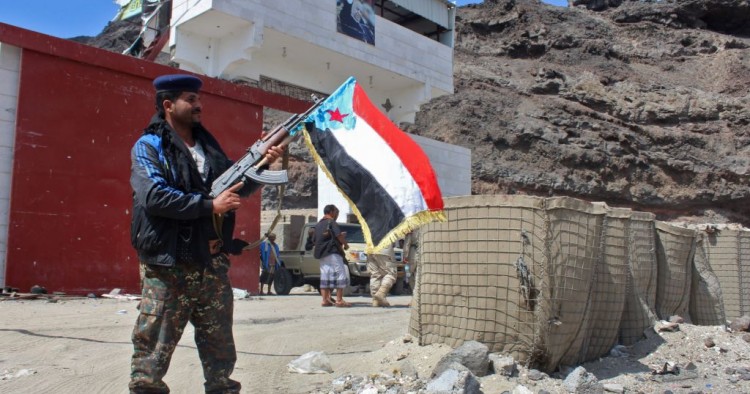 On June 28, Reuters reported that the UAE is reducing its military presence in Yemen and redeploying its forces, as worsening U.S.-Iran tensions raise security concerns in the Gulf. This news has spread rapidly over the past several weeks, prompting many questions about what it could mean for the continuation or possible conclusion of the war in Yemen. However, the move will not affect the whole country equally. The UAE redeployment will mainly impact areas like Hodeida in northern Yemen. In South Yemen, by contrast, little or nothing will change on the ground because security is primarily provided by South Yemeni actors. Trained and equipped by the UAE and estimated to number around 90,000, these southern forces have taken on a growing role in security provision in recent years and are well positioned to continue that going forward, regardless of how many Emirati boots are on the ground.

The development of southern security forces

Since 2016, within the coalition the UAE has provided extensive support to train and develop the Southern Resistance forces that, among others, emerged out of the Southern Movement, a protest movement founded in 2007 in South Yemen to address long-standing regional inequities and demand the re-establishment of an independent southern state (as was the case prior to unification in 1990). Some activists took up arms in resistance in early 2015 when Houthi militias and the forces of former President Ali Abdullah Saleh attacked Aden and the surrounding governorates. After the Houthi and Saleh forces were driven out in mid-2015, with the help of UAE ground troops and Saudi bombing, Emirati assistance helped pave the way for the institutionalization of the Southern Resistance and the formation of the Security Belt Forces active in Aden and surrounding governorates, the Shabwani Elite Forces in Shabwa, and the Hadrami Elite Forces in Hadramawt, as well as the Giants Brigades. These elite paramilitary forces have also taken on a policing and security function in the region, pushing al-Qaeda in the Arabian Peninsula (AQAP) out of South Yemen in 2016, after the terrorist group established strongholds in rural areas and towns in the region during the upheaval of the early months of the war in Yemen.

In recent months southern security forces have had to deal with a host of new and recurring challenges. Since April 2019, South Yemeni forces have been defending border areas in al-Dhalia, Abyan, Lahij, and Shabwa from renewed attacks by Houthi militias, and so far they have managed to push them back, especially in al-Dhalia, where an estimated 126 people were killed between April 1 and May 31. In Shabwa, tensions have escalated between the Shabwani Elite Forces and troops close to the Islah party and Vice President Gen. Ali Mohsen, a former ally of President Saleh. In recent weeks, reinforcements from Marib in central Yemen joined the Islah-aligned troops and were stationed in Shabwani oil fields, ultimately leading to military confrontation. On June 24, local residents demonstrated in Shabwa’s capital, Attaq, in support of the Shabwani Elite Forces and their role in maintaining local security, demanding military camps in Attaq be relocated outside the city and calling for an independent military unit for the governorate and an end to interventions by Islah-aligned troops.

The UN and the peace process

The UN special envoy to Yemen, Martin Griffiths, has frequently expressed concern about the “re-escalating violence across Yemen,” but not that it has largely taken place in southern border areas like al-Dhalia and Shabwa. His silence raises concerns in the South about whether the UN is trying to conceal Yemen’s large North-South divide, which increasingly figures into this dynamic. This clear divide overshadows the conflict between the Houthis and the Hadi government and gives rise to serious questions about the scope of the UN-led peace process, in which, until recently, only the Houthis and the Hadi government had seats at the negotiating table. Other political and military actors, such as those from the South, have been excluded, even though they have been heavily involved in and affected by the war.

Southern security forces and the STC

In policy papers and media reports, UAE support for South Yemeni security forces is often seen as a source of future conflict, and there are concerns that southern security forces might militarily back efforts to achieve southern independence. It is no secret that they are aligned with the Southern Transitional Council (STC) in demanding the reestablishment of the South Yemeni state in the territory that once was the People’s Democratic Republic of Yemen. The STC, which was established in May 2017, developed out of the Southern Movement and the Southern Resistance to advocate regionally and internationally for southern independence. Since the outbreak of new military confrontations in the South, the STC has played a key role in bringing southern troops under one leadership to coordinate a common defense against the Houthis and Islah-aligned forces. Military conflict seems likely to continue, and southern security forces are currently the only actors able to protect the population of the southern governorates from attacks and incursions by troops from central and northern Yemen.

Over the past few years, southern troops have provided security across much of South Yemen, fulfilling the UAE’s goal of training forces that could stand on their own. In the words of one analyst: “They can do the job and are well trained, well equipped, and battle tested.” The southern security forces have proven themselves to be more than up to the task, meaning the redeployment of UAE troops from Hodeida in northern Yemen should have no significant impact on security in the South.

Anne-Linda Amira Augustin works as a political advisor in the Foreign Representation of the Southern Transitional Council in the European Union. She focuses on issues of peace processes, independence struggles, and political change and transition, as well as on conflicts. The views expressed in this article are her own.