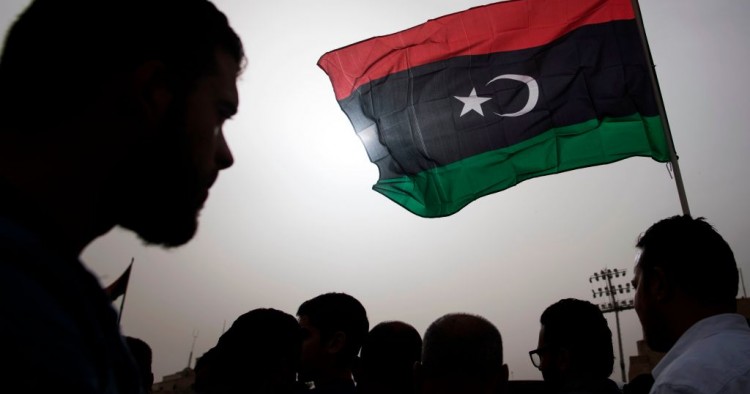 The Nov. 1 seizure by Malta of two 2000-cubic-foot containers full of Libyan currency printed by the Russian state printer, Goznak, that was intended for delivery to Libya’s non-internationally recognized eastern government, highlights the continuing importance of the economic aspects of Libya’s ongoing civil war.

Since the UN-brokered creation of the Government of National Accord (GNA) in December 2015, Libya has in practice faced a persistent split between the internationally recognized state authority in the west in Tripoli and forces in Libya’s east that prominently include would-be dictator Khalifa Hifter and his collection of ex-Libyan army, militias, mercenaries, and foreign forces that he now calls the “Libyan Arab Armed Forces” (LAAF).

Throughout that time, both Hifter’s forces and the similarly myriad collection of forces in the west have had their salaries paid by the Central Bank of Libya from the proceeds of Libyan oil revenues. Each side has also generated further revenues from other sources. These have included protection rackets, letter-of-credit abuses, smuggling of fuel and of people, and in the east, funds generated in part from commercial banks buying government “bonds” issued by the eastern authorities.

Meanwhile, the continuing shipments of ersatz Libyan currency from Russia to Hifter and to the office of the country’s Central Bank aligned with the eastern authorities has enabled these authorities, based in the eastern coastal city of Bayda, to supplement their budgets and to avoid having to enter into serious political negotiations with the GNA. As the seizure highlights, these funds are now also an essential means of funding Hifter’s war against Tripoli. Eastern authorities had previously acknowledged Russia providing at least 10 billion in dinar banknotes from the spring of 2016 through the end of 2018, or about 4 billion dinars a year. According to Russian Customs data published by Reuters on Oct. 29, four additional shipments of the Russian-printed currency, which has small but noticeable differences from the regular Libyan currency printed by the British printer, De La Rue, were delivered to Libya’s parallel Eastern Central Bank in Benghazi between February and June of 2019, totaling 4.5 billion dinars. That number would be more than double the previous Russian support per annum for the east at exactly the time Hifter was preparing for, and then undertaking, his initial assault on Tripoli, now in its eighth month.

In seizing the funds, Malta emphasized that it was enforcing UN resolutions on Libya that recognize only the Tripoli government. Yet to date, neither Libyan Prime Minister Fayez al-Sarraj nor Central Bank of Libya Governor Saddek el-Kaber have moved to actually declare the Russian currency illegal. In the past, some have expressed concerns that doing so could create a liquidity crisis in the east which would further inflame sectional tensions in the country.

The Maltese seizure comes as would-be peacemakers seek to fix a date to convene a conference in Berlin intended to open up negotiations on possible solutions to the civil war that has been in full bloom since Hifter began his siege of Tripoli on April 4. That German-sponsored conference has been stalled to date by the unwillingness of either Libyans or their principal sponsors (Turkey for the west, Egypt, the UAE, and Russia for the east) to agree to the two core goals: an immediate cease fire, and enforcement of the UN arms embargo that these and other foreign actors have accepted in principle but ignored in reality. Having these foreign sponsors agree to stop fueling the civil conflict with weapons and other military support is a pre-requisite to Libyans doing so. But addressing the proliferation of arms in Libya, while necessary, is insufficient to secure meaningful political talks so long as both sides retain the ability to finance the war.

While it may not be possible to convince Russia to cease providing Hifter and the east the counterfeit, but not yet prohibited, currency, Libyan authorities do have tools to reassert their authority and to counter Hifter’s now-stalled assault on the capital.

Specifically, Sarraj and Kaber could declare the Russian-printed dinars to be non-negotiable after a certain date — such as Jan. 1, 2020 — stating that after that date Libya’s Central Bank would not honor them for any purpose. At the same time, to prevent liquidity issues in the east and throughout the country, the Central Bank could order billions in new dinars from De La Rue, and agree to exchange them in full with anyone turning in the Russian ones until the non-negotiable date, and for a limited time afterwards. This would allow the GNA and the Central Bank of Libya to again secure control of the country’s currency and economic sovereignty, while protecting the ability of Libyans, regardless of where they live, to have access to the currency they need to carry out their day-to-day lives. In the process, such a move would deny Hifter a critical source of extra-budgetary funding he has been using to fund the continuing siege of Tripoli. It might also help bring all the parties back to the diplomatic negotiations, enable the Berlin conference to take place, and potentially, some progress to be made in securing a cease fire as a prelude to more sustained talks.

To help generate international support for such a move, it remains critical for the GNA and Central Bank to proceed with further economic reforms, including replacing subsidies for fuel with direct cash payments to individuals. These subsidies now cost more than Libya pays for education and infrastructure investment, including that needed to produce more oil, combined. This essential reform, which would counteract extensive fuel smuggling by criminals, has repeatedly been stalled. A simple way of implementing it would be to authorize the National Oil Company to apply the funds that have already been granted it for the subsidies to instead pay them out in cash directly to Libyans with unique national IDs. This move would have at least three benefits: it would staunch losses due to smuggling; it would ensure the subsidies go directly to the Libyan people; and it would demonstrate to the Libyan people the value of having a government that meets its promise to deliver them benefits as the ultimate owners of the country’s oil wealth. Doing that might in turn further help the government in the political negotiations to come needed to unify the country, share its wealth among all regions, and to eventually replace the militias with the unified, civilian-controlled professional military and police institutions the country needs for long-term stability and security.

Jonathan M. Winer is a scholar at MEI and has been the U.S. special envoy for Libya, the deputy assistant secretary of state for international law enforcement, and counsel to U.S. Senator John Kerry. The views he expresses are strictly his own.