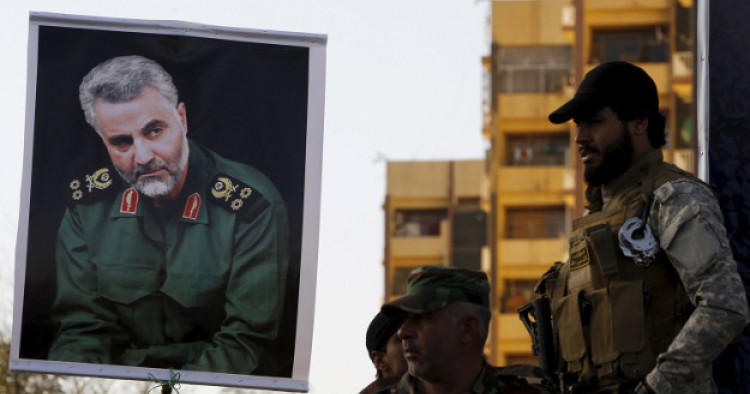 A senior Quds Force official has said Iran’s military involvement in neighboring countries is justified because it serves Iran’s national security interests. “Victory in Mosul will create a 250-kilometer security [buffer zone] for Iran,” said Brigadier General Iraj Masjedi, a senior advisor to Quds Force Commander Qassem Soleimani. He admitted that “young Iranians” and the “defenders of the shrines” are not only protecting Shiite holy sites in Syria and Iraq, but are also “defending Iran’s geopolitical situation to ensure lasting security.”

Iranian leaders use the term “defenders of the shrines” for Iranian, Iraqi, Lebanese, Afghan and Pakistani Shiite militiamen who fight under the Islamic Revolution Guards Corps (I.R.G.C.) leadership in Syria and Iraq. Masjedi also pointed out that the supply line between Mosul and Syria was cut off and that Mosul would soon be freed from the Islamic State.

Masjedi’s opinion carries a lot of weight and reflects the views and policies of the Iranian regime vis-a-vis the region. Masjedi served as an I.R.G.C. commander at Base Ramezan during the Iran-Iraq war in the 1980s; and according to analysts of Iranian military affairs, that experience qualified him to play a major role in Quds Force operations in Iraq after the 2003 US invasion. As a senior aide to Soleimani, he has played a key role in Iran’s military efforts Syria and the broader Middle East. Last June, Masjidi said that “Aleppo, Fallujah and other regions in Syria and Iraq are the frontline of the Islamic Resistance,” and argued that “the fight in Syria and Iraq serves to defend our country’s borders.” The Quds Force is I.R.G.C.’s secretive branch that is responsible for external operations and trains and arms terrorist groups and sectarian militias across the Middle East.

And if reports in the Iranian media are accurate, the Quds official will soon play an even bigger role in shaping Iraq’s political and security dynamics. Last month, Asr-e Iran reported that Masjedi will be appointed Tehran’s new ambassador to Baghdad, replacing Hassan Danaeifar, who has served as Iran’s ambassador to Iraq for the past six years.

Given Masjedi’s subversive role in Iraq and Syria in recent years, the news of his appointment provoked widespread concern in Washington and the Arab world. Thamer al-Sabhan, the Saudi minister of state for the Gulf region said “Iran appoints a war criminal and [one of the] world’s wanted men as its envoy in Iraq.” But the Iraqi National Security Advisor Falih al-Fayyad told Iran’s state-run Al-Alam News Network that his government will welcome Masjedi as Iran’s new envoy to Iraq and praised the Quds Force commander’s role in mobilizing Shiite militias in Iraq in recent years – indicating Baghdad’s inability or unwillingness to question Tehran’s controversial policy decisions.