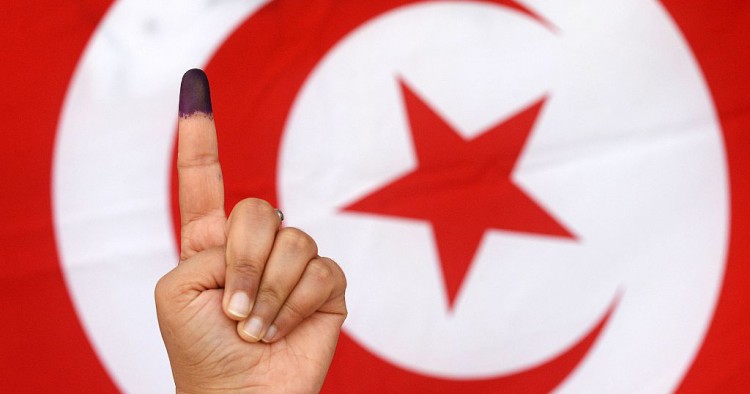 On September 15, Tunisia will hold a presidential election brought forward two months by the unexpected death of patriarchal President Beji Caid Essebsi. Much of the election analysis so far has been flawed, sometimes because of Western, Middle Eastern, ideological, or wishful analytical filters disconnected from Tunisian realities. What follows are seven keys to understanding the elections that address core mischaracterizations and misperceptions.

First, these elections are already highly competitive, unpredictable, and breaking considerable new ground. Despite much analysis to the contrary, Tunisians are fully aware of the election’s importance. This will be the second highly democratic presidential election taking place in any Arab country, following Tunisia’s first landmark elections in 2014. It will feature one of the first televised presidential debates in the Arab world, a three-night political extravanganza beginning shortly after the campaign officially opens on September 2. Unlike the American primaries, the debate will guarantee each of the 26 candidates approved so far equal time to present their vision. More importantly, there has been a 32% increase in voter registration since the 2018 municipal elections, thanks in part to massive voter registration efforts with American assistance.

Second, these are the first elections following Tunisia’s pacted transition, formalized in the 2016 Carthage Pact, which protected it from strong countervailing forces that included terrorist attacks perpetrated mostly by Tunisian extremists trained and based in Libya, an alarming degree of political immobility, and an economic crisis which was so bad that it engendered “solidarity tourism” from neighboring Algeria just to help keep the economy afloat. Tunisia weathered those serious storms in part due to a deal worked out in 2013 between President Essebsi and Ennahda party leader Rached Ghannouchi. The “two sheikhs” and their dominant, frenemy political formations saved Tunisian democracy in part by keeping the other sides’ supporters out of jail. Pragmatic, consensual politics reigned. But the Carthage Pact dissolved one year ago, and a new ruling coalition will have to emerge from these elections to keep the transition on track.

Third, the election is being widely portrayed as chiefly between left and right, or between secularists and Islamists, or between an imagined future and a dictatorial or glorified past. All are gross mischaracterizations. The simplest way to conceive of Tunisian voting is to divide the votes (and by extension voters) into five camps: Bourguibist, Islamist, liberal democratic, democratic socialist, and populist. None of these five main groups fall easily into the analytical binaries used above, and all of them evidence some degree of hybridity across all binaries and categories. For example, Bourguibists can be in some aspects conservative and in others quite socially progressive; the relatively progressive liberal democratic group may align with Islamists on matters of economics or democratic process but differ with them on social issues; the Islamists, rechristened Muslim democrats, have a wide range of views as a big tent party, including on social issues and women’s rights; democratic socialists can be remarkably conservative on a number of political, economic and social issues, and the populists are, deliberately, all over the map. Leading in polling through July, these populists, like those found elsewhere, usually seek to signal political, economic and social disruption while trying to gain and maximize power and enhance their personal status quo. The same five camps contested the 2011 and 2014 elections, and all five camps have roots going back to at least the 1980s. In fact, aspects of the debates, especially economic ones, have not evolved much since the late 1980s, when the Ben Ali coup and subsequent crackdown froze many aspects of politics.

Fourth, there are fireworks around several contentious issues dominating the media and social media headlines and well worth watching, but these issues are ultimately not too consequential for Tunisia’s long term success. First, the candidate leading in the most recent legal polls, Nabil Karoui, is a populist politician perceived as corrupt but also targeted by the government in power, which may help him in the election; he has been in jail since August 23, arrested on charges of tax evasion and money laundering. Second, another well-known candidate is a fugitive from justice, Slim Riahi, who was convicted for corruption and check fraud and who has been appearing by hologram from overseas at political events. Third, the largest party, Ennahda, is contesting presidential elections for the first time, something it had previously avoided so as not to dominate several branches of government. More importantly—and this has been missed in most of the analysis—it took this decision to avoid an Algerian or Egyptian-style outcome following an Islamist electoral victory that provokes an anti-democratic coup. Ennahda running a candidate is likely to provoke a significant backlash both in the first and second rounds. Fourth, there have been major debates around decriminalizing homosexuality and mandating equal inheritance for women—important debates, but ones that distract from deep structural reform issues that need to be addressed and that, if unaddressed, could derail the Tunisian democratic experiment.

Fifth, nearly all Tunisian voters, despite different orientations, are looking for similar things, namely security, economic improvement, and a leader to defend their social values. Contrary to much of the analysis, Tunisian voters are not confused about the elections or the candidates, nor disoriented by the fact that rescheduled presidential elections have preceded parliamentary ones. Nor are they “disillusioned with government” in general, or rejecting government institutions, as is often asserted. What they are disillusioned with is most or all of the politicians, most or all of the candidates, and most or all of the political parties. This disillusionment does make many of them anti-establishment. Tunisians continue to reject major overarching aspects of the political and economic system, but not more than they have before, and certainly not much more than they did in 2011, 2013, 2008 or 1983-4. Protest is not dramatically increasing. What is increasing, as could be expected, is rejection of the current political actors. As a result, some Tunisians won’t vote. Some will vote for populist, anti-establishment candidates. And a larger number will vote for candidates emerging from the establishment who they believe protect them from other candidates who also emerge from the establishment, whether they are focused on preserving women’s rights or fighting corruption or other issues.

Sixth, a key aspect of this election is to watch what happens to the “exes.” Tunisia has 4 former heads of state, government, or parliament running in this election, as well as 11 ex-ministers. At least one or two of these “establishment” candidates will do well even if a populist candidate with no government experience also does well. The leading candidates, who emerge more or less from the five groups mentioned above, are frontrunner and former Defense Minister Abdelkarim Zbidi—who the Bourguibist establishment is seeking to anoint as Essebsi’s successor; acting head of parliament and avuncular former Islamist, Abdelfattah Mourou; Prime Minister Youssef Chahed, who has broken with the Bourguibists and joined the liberal camp; former minister and activist Mohamed Abbou; and the jailed populist Nabil Karoui. The most likely outcome is that one or two of these five will win the plurality of votes along with another from this list or a second candidate who reflects the anti-establishment zeitgeist. Importantly, 10 of the 26 approved candidates have actually served the two main parties of the duopoly. There is a Nidaa-connected group with six presidential candidates and an Ennahda-connected group with four. If any of these candidates emerge victorious, which is likely, then the vote was not, as some have been predicting, a rejection of the entire political establishment.

Seventh, much analysis has focused on ways in which the independent, non-party-affiliated candidates are “more democratic,” or “better for democracy” or will help solve the problem of Tunisian politics being “too personality driven.” Nothing could be further from the truth. Independent candidates often run more on their personalities than party-affiliated ones, and, more importantly, are often subject to the same forces of corruption and ties to murky old guard networks as those with party affiliations. How will Tunisians build security, improve the economy, and speed up the political transition? Certainly not by increasingly fractured, splintered, disorganized politics dominated by independents. Rather, they can best succeed with organized, non-populist, clean politics and politicians who respond to voter concerns and address pressing problems. There are over 90 bills in parliament that need quicker action, along with the need for substantial security improvements and economic stimulus. Tunisians will be more secure, democratic, and prosperous if their organized political forces rise to the challenge.

William Lawrence is a visiting professor at George Washington University and former North Africa director for the International Crisis Group and president of the American Tunisian Association. The views expressed in this article are his own.