Shale oil and the illusion of US energy independence 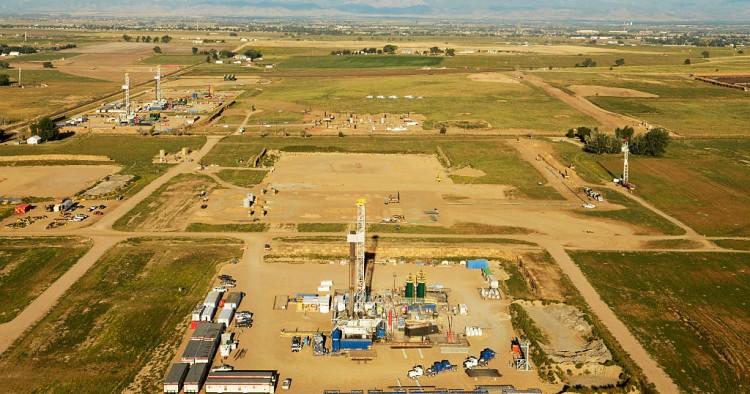 U.S. crude oil and energy product exports surged to an all-time high in the third week of June, making the country a net exporter of oil and products for the third time since November 2018. This change lends credence to American officials’ presumption that amid growing U.S.-Iran tensions in the Persian Gulf, Washington is less compelled to police oil transit routes in the region, especially the Strait of Hormuz, than it was during the 1980s. However, while the U.S. is less reliant on oil imports than in the past, it still remains dependent on Gulf producers, albeit in different ways.

It’s clear that America’s shale oil boom and its new status as an oil exporter — after many years of relying on Gulf oil supplies — have changed the way the U.S. perceives its role in the security of the region. As Air Force General Paul J. Selva, the vice chairman of the Joint Chiefs of Staff, told reporters recently, “We are not wholly dependent on the movement of Saudi, Kuwaiti, Qatari, and Emirati oil in and out of the Gulf to sustain our economy.” U.S. President Donald Trump echoed this sentiment later, tweeting that, “We don’t even need to be there in that the U.S. has just become by far the largest producer of energy in the world.”

Trump’s exaggerations and falsehoods aside, this new perception of U.S. oil independence, based on its surging production of shale oil, overlooks many facts about shale and the complex reality of the new interdependencies facing the U.S. today.

First, it is true that the U.S. is less dependent on the Gulf for its energy supplies than it was previously. However, despite becoming an occasional net exporter of oil, it still needs to import certain grades of crude oil, namely medium and heavy. Unlike the light shale grades, these grades are in high demand by U.S. refineries.

Second, the nature and limitations of shale oil create other dependencies, even as production continues to grow. For instance, since shale oil production is controlled by corporations with no government influence over the volume of production, it is up to outside producers, mainly in the Gulf, to moderate oil prices in the U.S. So while Trump can tout U.S. “energy independence,” he has no influence over shale production — whether up or down. Instead, he finds himself calling on his allies in OPEC to intervene whenever oil prices become uncomfortable for U.S. consumers.

Another fact about shale that is often ignored — whether purposely or unwittingly — is how much there is and how long it will last. According to the best estimates, at some point in the next 5-10 years, shale oil will plateau and eventually the production curve will be reversed. Securing supplies from the Gulf might not be as important as it was in terms of volume right now, but it would be short-sighted to base a strategy for regional presence or engagement on short-term sufficiency. By the time the U.S. determines that it needs to step in again, the reality on the ground might have changed, with new actors taking on a central role in Middle East oil diplomacy.

One of the consequences of the U.S. becoming a major oil producer and exporter is the emergence of a new paradigm in oil diplomacy, one that has implications for the U.S. role in the Gulf. In order to ensure that producers’ interests are not negatively impacted by the surge in shale oil production and exports, a new alliance was forged between the two major oil producers, Russia and Saudi Arabia. The Saudi-Russian coordination to control the volumes of crude oil on the market and to deal with any glut or oversupply that may impact their revenues is a new shift in world oil diplomacy that was unthinkable pre-shale. Ironically, this was also unthinkable during the Cold War era of the 1980s, when the U.S. helped protect Gulf oil supplies to prevent the then Soviet Union from gaining a foothold in the region. Today, Gulf producers must balance their relations with both the U.S., their security ally, and Russia, their oil market ally.

The Trump administration’s false perception of energy independence has gone beyond just questioning the extent to which it needs to be involved in ensuring the security of supply from the Middle East to global markets: It has now taken to actively using oil in its foreign policy as well. Trump’s emboldened foreign policy is inextricably tied to America’s newfound status as an exporter of oil and gas. Being less dependent on outside supplies is what enabled the U.S. to use oil as a tool — or even a weapon. The U.S. can afford to impose sanctions on multiple major producers at the same time and curb exports from Iran and Venezuela, all without concern that it will suffer a shortfall.

However, while the U.S. might be less dependent on oil supplies from those countries, shale has resulted in new dependencies as well. The U.S. cannot carry out this aggressive foreign policy without relying on its Gulf allies, who become the backbone of such policies, underpinning any implications on world oil markets. U.S.-imposed sanctions removed at least half of Iran’s 2.5 million barrels per day of crude oil exports in the first half of this year and are targeting the remainder, with the ultimate aim of bringing them down to zero. Removing that much oil from the market would have pushed prices too high if it weren’t for Gulf producers, which have assured the U.S. that they will make sure the market is well supplied at all times. Without the cushion that Gulf oil producers, mainly Saudi Arabia and the UAE, provide in dealing with any shortfall in supply, the U.S. would face skyrocketing oil prices.

So in the current context of U.S.-Iranian tensions, while the U.S. may be able to afford to restrict supplies from certain producers, such as Iran, it is questionable whether it can handle an interruption in the Strait of Hormuz or the alternative routes out of the region that are just as vulnerable. Such an interruption in supplies would inevitably send oil prices up across all markets, including for U.S. consumers. The U.S. role in the old equation of the 1980s — as the provider of security for producers to ensure the security of the oil supply — might have evolved as a result of shale, but shale production and economics are very much influenced by global oil prices, and the role of the Gulf producers in this new equation is essential. So while much has changed since the 1980s, to avoid a crisis triggered by high oil prices in the U.S., the American military still has an interest in securing oil supplies from the Gulf to Asia and other world markets.

Ruba Husari is an expert and analyst on Middle East energy issues with a special focus on Iraq and Iran. She is the managing director of OZME Consultants and a non-resident scholar at MEI. The views expressed in this article are her own.

Photo by RJ Sangosti / The Denver Post via Getty Images.