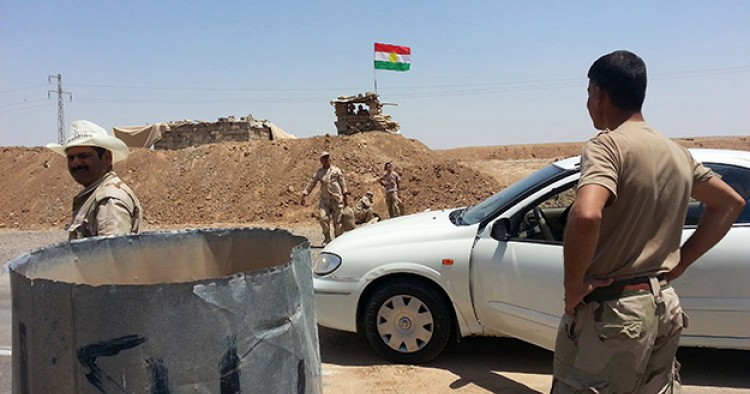 President Obama's decision to send 300 troops to Iraq to help Prime Minister Nuri al-Maliki's government organize and gain the intelligence needed to fight off a Sunni rebellion spearheaded by the Islamic State in Iraq and Syria (ISIS) is getting decidedly mixed reviews. Some see it as a necessary step, if only to gain a better understanding of what is going on. Others see it as a first step down a slippery slope, which depending on your point of view might be either a good or a bad thing.

The president is taking a minimalist approach, for good reason. Neither he nor the American people are interested in what some term a third Iraq war. He also understands that ISIS is stretched thin and is at odds on many issues with its Ba'thist and tribal allies. Providing American targets at which to shoot could delay the inevitable. Why waste American bombs and risk credibility if the Islamist extremists and secular authoritarians are going to fall out, sooner or later.

Maliki represents a difficult quandary for the president. Obama's remarks yesterday betray little trust in the man who has led Iraq for eight long years. But Maliki won more than twice as many parliamentary seats in the April 30 election as his nearest competitor, in addition to the largest number of personal preference votes by far. He may be autocratic and unreliable from the Sunni and American perspectives, but his Iraqi Shi'i constituency likes him.

An "anything but Maliki" coalition will have to overcome sharp cleavages in the Iraqi body politic and deny a majority to a candidate who won not by a few seats (as Maliki managed to do to Ayad Allawi four years ago), but rather by dozens. No wonder Obama doesn't call openly for Maliki's ouster.

While most press reports are focusing on the Sunni/Shi'i conflict in Iraq, the future of the country really depends more on the Kurds. With their capture of Kirkuk, the oil-rich town they have long claimed, they have the oil revenue they need to replace the money Maliki has withheld due to a long-running dispute. The delivery yesterday to Israel of the first shipment of Kurdistan oil exported via Turkey without Baghdad's permission is more than a commercial transaction. It opens a political option. Independence is looking not only attractive but feasible.

Washington will pressure Kurdistan not to split, but Turkey is showing signs of accepting independence as better than the alternative, which is ISIS as a southern neighbor. Ankara will want Erbil to continue to constrain Kurdish guerillas from attacking inside Turkey. There would be little reason for Erbil to do otherwise, so long as it needs Turkey to export its oil, invest in its infrastructure, and build its roads.

If Kurdistan does split, either de facto or de jure, it will leave Iraq in an unhappy marriage between Sunnistan in the west and north and Shi'astan in Baghdad and the south, which will have more than 95 percent of the oil production. There may be natural gas in Sunnistan, but developing and exporting it would be a multibillion dollar effort over more than a few years. ISIS and its Ba'thist allies may try to take the western suburbs of Baghdad, which are largely Sunni, but their force of a few thousand is not going to be able to seize and control three million Shi'a in the capital.

Thus the current insurgency may look as if it has Maliki cornered, but the long-term strategic balance is still with the Shi'a for geographical, demographic, and resource reasons. Sunnistan is neither a viable state nor a unified one. When the money ISIS seized in Mosul starts to run out, the thieves will quarrel with their comrades in arms. Sunnistan will not want to stay in an unhappy marriage, but it won't be able to leave, either. Whether Maliki stays or goes, the Sunni insurgency is doomed.