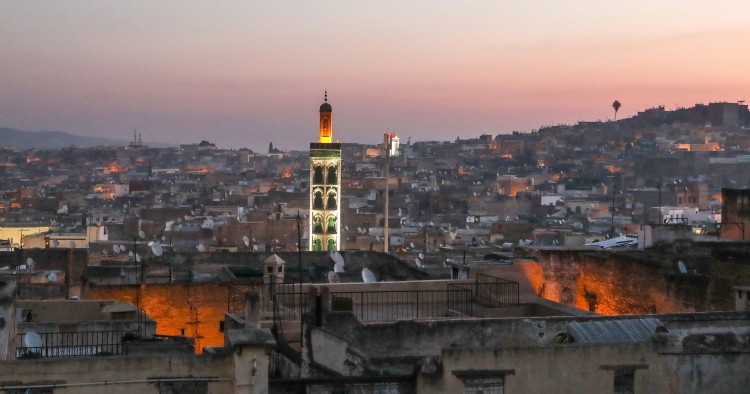 The jihadist threat is not new to the Maghreb. However, the fallout of the 2011 Arab uprisings has fundamentally altered the political and security environment of North African countries. While states such as Egypt, Libya, and Tunisia witnessed an increase in deaths from jihadist attacks, others like Algeria and Morocco experienced a reduced impact. Despite differences, the threats are persistent and numerous, including local jihadi cells that range from the already settled to the residual to those burgeoning into external groups that operate in the Sahel, such as the well-established al-Qaeda in the Islamic Maghreb (AQIM). The mutual lack of trust and cooperation in counterterrorism and security among Maghreb countries further complicates countering such threats. Put together, the region’s security could become even more precarious, and the fight against jihadism might be a long one.

Libya, Tunisia, and Egypt witnessed increases in jihadi attacks after the Arab upheavals of 2011. Before 2011, Libya had no fatalities from jihadi attacks, but the fall of Muammar al-Qaddafi and the beginning of the civil war changed the situation dramatically. According to the Global Terrorism Index, Libya’s deaths from terrorism peaked at 454 in 2015. This came after not even meriting inclusion on the list before 2011. The country became a hotbed for Salafi-jihadi organizations such as the Islamic State (ISIS). Likewise, AQIM took advantage of the chaos to open training camps in southwestern Libya, acquire weapons, and enlist more fighters, including some well-equipped and experienced Tuaregs. While the number of jihadi-related deaths in Libya reduced to 376 in 2016, the country has no long-term counterterrorism strategy and no effective government. With an ongoing civil war, dire socioeconomic conditions, bad governance, corruption, repression, and the absence of the rule of law, Libya remains fertile ground for jihadi groups and the many other armed militias operating there.

In neighboring Tunisia, the only country where the 2011 protests led to reforms and the implementation of a constitutional democracy, deaths by jihadi attacks increased significantly. The deaths peaked at 81 in 2015—a stark increase from the four that occurred in 2011. Al-Qaeda–linked militants have since taken hold in the Chaambi and Semmama mountains near the Algerian border. Tunisia’s border with Libya is also a major source of concern for the Tunisians. Counterterrorism tactics have increasingly focused on border security and bilateral cooperation with Algeria. Both countries have been working on exchanging intelligence, securing borders, coordinating ground actions, and collaborating in stopping smuggling activities. Several successful operations have resulted from this collaboration, including the killing of the leader of the al-Qaeda–linked Uqba bin Nafi battalion, Khaled Chaieb (aka Abou Sakhr Lokman), believed to be the mastermind behind the Bardo museum attack in Tunis in March 2015. Deaths have since decreased to 22, and no mass casualty has occurred since the attack against the presidential guard in Tunis in 2015. The jihadi threat in Tunisia remains serious. Also, counterterrorism tactics such as airstrikes, repression of border communities by security forces, and disruption of the informal economy that is crucial to such communities’ livelihoods are deepening feelings of economic marginalization and social exclusion.

Egypt saw a significant rise in jihadi attacks after the overthrow of President Mohammed Morsi in 2013. In 2015, deaths peaked at 663, up from 47 in 2011. The indiscriminate violence of the Egyptian security forces and their heavy crackdown on members of the Muslim Brotherhood have contributed to its members’ violent radicalization. Also, the Egyptian authorities have been using collective punishment and abusing their power under brutal legislation that gives members of the security forces extensive power to harass and mistreat citizens for “terror offenses.” The security situation in North Sinai Governorate is a case in point. Heavy-handed military actions such as the destruction of houses, farms, and commercial buildings, as well as aerial bombardment and forced displacement, have led to the transformation of the peninsula into a “region-wide detention camp” that has left “its 400,000 residents with little to no services or relief.” Such counterterrorism measures are in fact the jihadis’ most significant asset. Indeed, left with no source of income, little to no basic services, and no sense of dignity, many tribes and communities have had no other option than to look for protection, services, or simply for revenge as part of militant groups. Egyptian counterterrorism tactics have not only proved useless in securing and protecting the country and its citizens but have contributed and will continue to contribute to the violent radicalization of vulnerable communities and their engagement with violent radical groups.

Algeria and Morocco have remarkably more sophisticated counterterrorism tactics than other Maghreb countries. Algeria—a country with a long history of fighting jihadism—has seen a steady decline in fatalities, dropping from 153 in 2009 to nine in 2016. Algeria kept jihadi activity low by coupling severe counterterrorism responses with a soft approach to reconciliation and reintegration. While pursuing aggressive counterterrorism operations against jihadi groups, the Algerian authorities—beginning as far back as 1994—adopted conciliatory methods, including a truce, a reconciliation process, demobilization, rehabilitation programs, and the opportunity for former jihadis to speak about their experiences, as well as substantial investments in development. The state kept tight control over the religious sphere, while also investing in housing, jobs, health, infrastructure, and youth policies. By meeting the needs of its population, the state regained trust and legitimacy, while also depriving local jihadi groups of what once constituted their local manpower. Today, the jihadi threat in Algeria is highly localized and sporadic, and a group such as ISIS or AQIM has limited prospects for making substantial inroads.

In neighboring Morocco, a country that had zero deaths from jihadi attacks until 2011, which saw 17 such deaths, counterterrorism measures are also robust. The Central Bureau of Judicial Investigations has been tightening security, and in 2015, it dismantled 49 terrorist cells and arrested 772 suspects. Like Algeria, the kingdom has sought to tackle radicalization at its root and has invested in development projects, especially in impoverished areas. Morocco has invested in imam training, including 447 imams from Africa and Europe (both male and female), to counter extremist interpretations of religious scriptures. Several programs are offered to promote a moderate Islam in prisons where extremist detainees represent about one percent of Morocco’s prison population. Partnership with private companies to provide work, training, and employment upon release is also used to integrate former extremists into society. These measures translated into concrete results: there have been no terrorist attacks in Morocco since the Marrakech bombing in 2011.

Despite variances in threat intensity and risk, challenges loom across the Maghreb. First, the issue of returnees is critical, especially for Tunisia and Morocco, from where 2,926 and 1,623 fighters respectively moved to ISIS-held territories. There are 800 Tunisian and 198 Moroccan fighters who are believed to have returned to their countries, and it is likely that more of them will be returning in the future. Second, the proximity to the Sahel states, which are currently struggling with deep insecurity, has a direct impact on North Africa. The resilience of AQIM and the growing capacities of the al-Qaeda umbrella group Jama’at Nusrat al-Islam wal-Muslimin (JNIM) will continue to be a source of concern for the Sahel, the Maghreb, and, by extension, Europe. Third, and most important, the factors that have made it possible for jihadi groups to thrive in the first place—economic inequality, lack of professional opportunities, social alienation, political marginalization, oppression, and indiscriminate violence—persist today in all Maghreb countries and are likely to continue. The specter of jihadism may haunt North Africa for a long time.

Could a gas cartel become as powerful as OPEC?