The strengthening ties between China and the Middle East 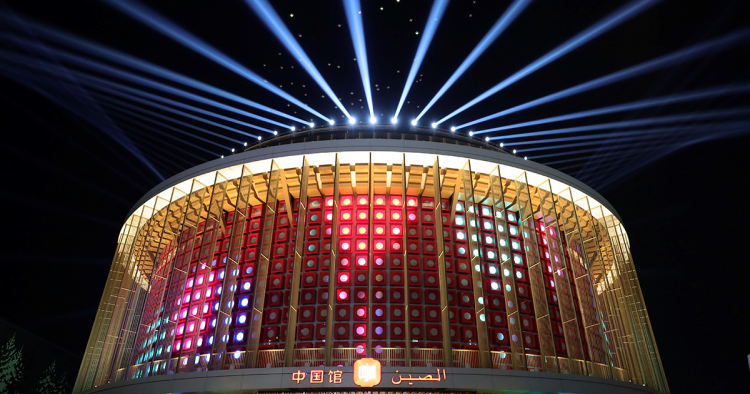 In a sign of strengthening relations, a long procession of foreign ministers from the Middle East and North Africa (MENA) visited China earlier this month. In addition, two MENA nations signed memoranda of understanding (MoUs) involving the Belt and Road Initiative (BRI), China’s global infrastructure development effort. The fact that it was foreign ministers travelling to China, rather than their counterparts with the ministries of trade or economy, suggests a shift in focus from trade and economics to geopolitics. Over the past two decades the rhetoric of Chinese leaders about the MENA region has been heavily focused on trade and economics, in line with what Chinese President Xi Jinping used to refer to as “win-win cooperation,” whereby China met its needs through trade with the region and MENA benefited from growth in return. Recent events suggest this dynamic has now changed, however, expanding the scope of MENA-China relations.

On Jan. 10, foreign ministers from Bahrain, Saudi Arabia, Kuwait, and Oman, as well as the secretary-general of the Gulf Cooperation Council (GCC), arrived in Wuxi in the coastal province of Jiangsu for a five-day visit to deepen relations with China. The high-ranking representatives of the Gulf’s oil-rich monarchies held a series of meetings with Chinese Foreign Minister Wang Yi aimed at shaping and strengthening their partnerships in the context of great power competition.

These GCC states are seeking closer ties with China, mainly to diversify their oil-dependent economies through Chinese investments. One major example of this are efforts to pave the way for a free trade agreement (FTA) between China and the GCC region. Talks over an FTA were first launched in 2004 and were reopened last year during Wang’s visit to the region. There is also growing military cooperation between the two sides as well. China and Saudi Arabia have been collaborating on ballistic missile production since at least 2019, according to reports from late December 2021, and not for the first time. In addition, China is selling its HQ-17AE air defense system to Saudi Arabia and drones to the UAE.

The desire to strengthen the relationship is mutual and Beijing has also sought to bolster its ties with the GCC, which includes many of its leading trade partners and energy suppliers in the MENA region. The GCC countries that sent representatives to Wuxi are the oil exporters most focused on the Chinese market. Notably absent were the UAE and Qatar. The UAE’s absence may indicate a hedging strategy, as it seeks to reduce tensions with its main security partner, the United States. Qatar’s absence, however, is a bit harder to understand and may be due to an internal reason rather than an international one.

Turkish Foreign Minister Mevlüt Çavuşoğlu also made an official visit to China and met with his counterpart Wang on Jan. 12. They discussed economic and technology cooperation with a focus on new energy, 5G, cloud computing, and big data. Wang demanded that his Turkish counterpart stop criticizing the Chinese Communist Party (CCP) for its policies in Xinjiang Province and its treatment of the Uyghurs. Wang asked him to “abide by the basic norm of international relations of not interfering in each other’s internal affairs.”

On Jan 14., Iranian Foreign Minister Hossein Amir-Abdollahian visited China as well. In recent years, China has reportedly bought an increasing volume of Iranian oil despite U.S. sanctions, and Beijing has also been supporting the ongoing talks in Vienna to revive the 2015 Iran nuclear deal, a likely topic of conversation during the discussions. In their talks the Iranian foreign minister and his Chinese counterpart paid particular attention to the 25-year China-Iran cooperation agreement, which has become a key aspect of the relationship between the two states, as well as concerns over unrest in Kazakhstan.

Wang, for his part, wanted to convey the message that China considered Iranian-supported attacks on oil infrastructure and tankers in Saudi Arabia and the UAE, which are critical parts of China’s energy supply chain, to be dangerous provocations. It appears that Iran’s efforts to engage in talks with its Arab neighbors have reduced some of the tension between Tehran and Beijing, and this visit is part of an effort to rebuild trust. However, the recent attacks by the Iran-backed Houthis on the UAE will do little to help this effort and will likely be a further hurdle to the talks between Iran and its Arab neighbors.

During the same period earlier this month, two other MENA countries also had high-level interactions with China. Syria signed an MoU to join the BRI, a lifeline in defiance of U.S. sanctions that will bring investment to a country still ravaged by more than a decade of civil war. The Global Times, a Chinese newspaper run by the CCP, framed the agreement as follows: “China wins more trust from Mideast due to equal, sincere strategy.” Although it didn’t mention the United States, Beijing implicitly contrasts its position with that of its sanctions-imposing rival.

China and Morocco also agreed on an MoU for the implementation of the BRI. The MoU, signed in an online conference, deepens BRI-related cooperation with Morocco, which is the first North African country to sign such an agreement with China. Alongside the obvious economic motives for the deal, which include Morocco’s proximity to Western Europe and role as a gateway to Mediterranean and African markets, great power competition may also have played a part in China’s rationale. Morocco has a long coastline in the Atlantic Ocean, a maritime region dominated by the United States, as well as extensive port and logistics facilities, and a larger footprint there could give the Chinese a strategic asset in the event of any future escalation between Washington and Beijing. As reported by The Wall Street Journal last month, China sought to establish a military base in Equatorial Guinea on the Atlantic coast, a proposal that the African nation rebuffed at the urging of U.S. officials, and the Chinese may be looking for an alternative location on the Atlantic.

In total, almost half of the countries in the MENA region had high-ranking officials interact with China over a period of just 10 days. This gives us a clear sense of the new world order and China’s growing international role under President Xi, who is expected to start his third term next year. In this era of great power competition, the more the U.S. focuses on the Indo-Pacific to contain China, the more MENA countries perceive an American retreat from their region. At the same time, the more China increases its role in the MENA region, the more global influence it wields, as evidenced by the string of high-level meetings this month.

After years of economic-oriented ties between China and the MENA region, recent events have made it clear that a new era has begun with a greater focus on geopolitics. Even if this transformation has been slow and has taken on a different form from the well-established pattern of Western engagement with the region, it is happening and American policymakers must strive to understand it better. Many Middle Eastern countries continue to bet on parallel partnerships with Washington and Beijing as the only way to navigate the pitfalls of great power competition and preserve their countries’ interests. Yet this is a risky gamble because at any point they could find themselves caught between the two sides. If the United States wants to maintain close ties with MENA states, it must help them as they navigate this complicated dynamic and seek to ensure their economic and military future.