Is a Sudanese-Iranian rapprochement possible? 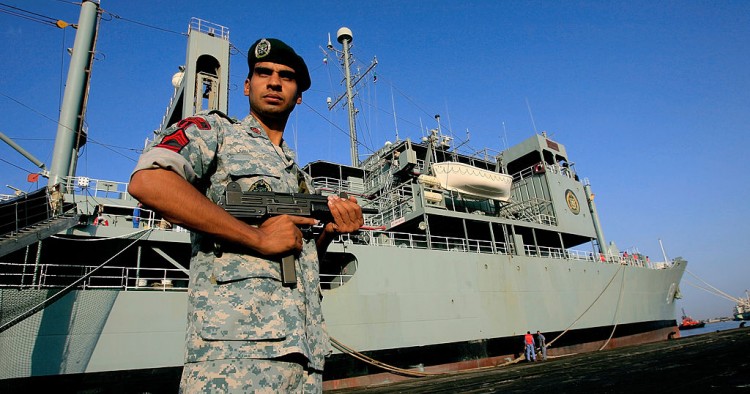 Much analysis of the geopolitical ramifications of President Omar al-Bashir’s ouster last month has focused on how Sudan fits into the larger struggle between the Middle East’s Sunni powers. Undoubtedly, Sudan’s transition could trigger a greater strategic clash between the bloc led by Saudi Arabia and the United Arab Emirates (UAE), on the one side, and the Qatari-Turkish alliance, on the other, with the two camps backing rival factions or individuals in Khartoum in a bid to gain greater influence over the future of Sudan.

Although less noticeably, Iran is also part of the equation as well. The Saudi and Emirati leadership have a number of objectives in Sudan and preventing the Islamic Republic from re-establishing a foothold in Africa is one of them. Indeed, Riyadh and Abu Dhabi are determined to ensure that Khartoum remains firmly in the anti-Iranian camp, following its realignment between 2014 and early 2016. From the Saudi and Emirati perspective, thwarting Iran from asserting influence in the Red Sea, Gulf of Aden, Horn of Africa, and Sahel — all areas in which Sudan is key, given its role as a connection between the African and Arab worlds — serves vital strategic and security interests, underscoring Sudan’s importance for Riyadh and Abu Dhabi as they work to push back against a perceived ascendant Iran.

Until relatively recently, Sudan and Iran maintained a warm relationship dating back to the late 1980s. Although Khartoum supported Saddam Hussein in the Iran-Iraq war (1980-88), the tide quickly changed after an Islamist-backed coup in 1989, inspired by the Iranian Revolution, brought Bashir to power. Sudan’s transformation into an Islamic republic paved the way for closer ties with Iran. Bashir’s first official visit to Tehran five months after his rise to power brought both regimes closer, as did visits to Sudan by Iranian presidents Hashemi Rafsanjani, Mohammad Khatami, and Mahmoud Ahmadinejad.

Iran’s Islamic Revolutionary Guard Corps (IRGC), the Sudanese army, and the paramilitary Popular Defense Forces played important roles in strengthening bilateral relations during the 1990s. By April 1997, the International Herald Tribune reported that “the two countries have signed more than 30 agreements ranging from agro-business to joint ventures to training for Sudanese army and intelligence officers in Iran.”

Throughout the 1990s and 2000s, the growth of Iranian-Sudanese ties in areas including defense, trade, and religion created considerable discomfort in Western and Gulf Cooperation Council (GCC) capitals. Iran’s influence on the African continent spread as Sudan and Chad accepted Tehran’s offer to help mediate in the Darfur conflict in 2008. That same year, Iran and Sudan signed a military accord, and Iran’s leadership voiced opposition to the International Criminal Court’s (ICC) arrest warrant for Bashir shortly before Iran’s supreme leader, Ayatollah Ali Khamenei, delivered a sermon that blasted the ICC and hailed Sudan’s regime for standing against “the extravagance of colonial powers.”

As Harry Verhoeven explained, “Because Sudanese Muslims are almost all Sunni, the sectarian question seemed irrelevant: The partnership with Iran was an opportunity for Khartoum to break out of its international pariah status.” Indeed, the strategic partnership was established at a time when sectarian temperatures were lower in the Islamic world, and despite Sudan and Iran’s religious differences, challenging U.S. hegemony gave both sides enough of a common cause to move closer on major regional issues. Ties strengthened and by 2012, Iran began docking warships in Sudanese ports, viewing Sudan as a strategic foothold in Africa.

Iran and Sudan’s shared desire to challenge U.S. hegemony entailed standing up to Israel too. Both states became supporters of the same Palestinian groups, chiefly Hamas. Khartoum’s backing for such non-state actors set it on a collision course with Washington, which designated Sudan as a state sponsor of terrorism in 1993 largely due to its links with Hamas and other factions. On numerous occasions Israeli officials accused their counterparts in Khartoum of channeling Iranian weapons to Hamas via the Egyptian Sinai, a charge that Sudan’s leader denied. Such accusations led Israel to bomb an arms factory in Khartoum in October 2012, although it did not claim responsibility for the attack. According to the U.S. Department of State, however, Sudanese sponsorship for Palestinian groups has “declined” in recent years, likely due to Khartoum’s interest in pursuing a rapprochement with Washington to get sanctions lifted.

In 2014-15, Iranian-Sudanese relations began to deteriorate — rapidly. In September 2014, officials in Khartoum ordered all of Iran’s cultural institutions to close and its diplomats to leave the country within 72 hours. Sudan’s government accused Iranian officials of trying to spread Shi’a Islam, although its true motive was to deliver a message to Riyadh. At a time when Sudan’s economy was faltering due to the impact of South Sudanese independence and U.S.-imposed sanctions, Khartoum was trying to signal to the GCC that it was willing to ditch Tehran in exchange for financial assistance.

When Saudi Arabia launched its military campaign in Yemen in March 2015, Sudan was an original member of the coalition. Over the past four years, hundreds of Sudanese forces have died fighting Iran-backed Houthi rebels. The Yemeni crisis quickly became a clear a source of tension between Tehran and Khartoum, with Iran condemning Sudan for joining the Saudi-led coalition. In late 2015, Sudan also became a founding member of the Islamic Military Alliance to Fight Terrorism, an anti-Iranian, Saudi-led military alliance that exists almost exclusively on paper. By January 2016, Sudan joined Saudi Arabia, Bahrain, and Djibouti in severing diplomatic ties with Iran in response to the crisis in Iranian-Saudi relations following Sheikh Nimr al-Nimr’s execution.

Bashir’s decision to end the partnership with Tehran was mainly a response to Sudan’s economic problems. When South Sudan gained independence in 2011, Sudan lost 70 percent of its oil and one-third of its land. Facing financial crises and instability — due to the unresolved conflicts in Darfur, South Kordofan, and Blue Nile — Khartoum saw an opportunity to switch sides in the regional conflict to join forces with the wealthy GCC states and gain greater financial support.

In August 2015, Abdel Ghaffar Ahmed, a professor at the University of Khartoum, explained the rational: “This regime cannot really survive without the support of the rich Arab countries. The Iranians, while they can help by giving arms, are not in a position to provide financial support.” In addition, Bashir also hoped that turning away from Tehran might prompt Washington to lift the economic sanctions it imposed beginning in the 1990s.

Post-Bashir Sudan, an opening for Iran?

When anti-government protests erupted across Sudan in December 2018, the Iranian leadership was silent. On April 25, two weeks after Sudan’s army removed Bashir, Iran’s Foreign Ministry Spokesman Seyyed Abbas Mousavi emphasized the importance of meeting the “legitimate demands of the people [of Sudan], peaceful transition of power, a halt to acts of violence, and non-intervention in its internal affairs.” He also called for an immediate transition to civilian rule and efforts to correct past mistakes, including Sudan’s involvement in the war in Yemen.

Mousavi’s statement came only four days after Saudi Arabia and the UAE pledged $3 billion for Sudan’s military-led interim government. Scores of Sudanese citizens took to the streets to protest the aid, fearing the likely strings attached and mindful of the Egyptian coup of 2013, backed by Riyadh and Abu Dhabi. The war in Yemen remains unpopular in Sudan and the country’s involvement was a major motivator for the protests. With many analysts interpreting Riyadh and Abu Dhabi’s move as an effort to prop up Sudan’s “deep state” and prevent a democratic revolution, should Iran’s emphasis on empowering the citizens and implementing civilian rule be understood as a challenge to its GCC rivals?

If Sudan falls into an internal conflict pitting those who favor military rule against supporters of civilian leadership, Tehran may find a way to capitalize on the unrest. At the same time, if Gulf economic support is deemed to be insufficient, Khartoum may entertain the option of turning to its former partner, Tehran, once again. Yet, given Iran’s own economic crisis there is no guarantee it would be in any position to come to Sudan’s aid financially.

For now, there are still many unanswered questions when it comes the future of Iranian-Sudanese relations. Nonetheless, from Riyadh and Abu Dhabi’s perspective, the possibility that Iran could benefit from Sudan’s fragile political transition will likely push both monarchies to work with Khartoum’s interim government to ensure it does not pivot back to Tehran, while also increasing its distance from Ankara and Doha.

Giorgio Cafiero is the CEO and founder of Gulf State Analytics, a geostrategic consultancy based in Washington, DC. The views he expresses are strictly his own.