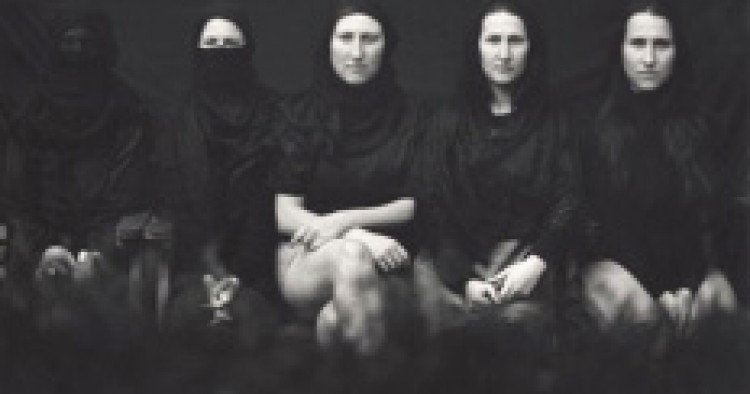 My gender was the very reason I became a journalist. While I have always worked in communications — first in technologies and later as a graphic designer — my move into publishing six years ago was prompted by my desire to be a full-time mother without giving up my career. So I set up Sharq, a bi-monthly culture and lifestyle magazine for and about British Arabs in London. That is not to say that working in the creative sector is easy. There was nothing easy about setting up Sharq from my living room. However, the flexibility of the working hours was as attractive as the feeling of bridging the ever-expanding gulf between the two societies of which I am part.

I was born and grew up in London, but I moved to Syria two years ago to become the Editorial Director of Baladna English newspaper, Syria’s only English language newspaper. I am now responsible for steering the direction of discussions among, and between, Syria’s burgeoning expatriate and youth populations, and to provide one source of professional experience for aspiring newspaper journalists hoping to work in a foreign language title that adheres to high international standards.

Baladna English launched in December 2009, well over a year after the government paper Syria Times folded. So while Syria’s standing in the region and internationally had strengthened as its political ties had been improving through a number of exchanges of visits by dignitaries, interaction between people was limited due to the limited communication tools developed in Syria.

Syria Times folded because, upon review by a well-known international consultancy, the newspaper was found to be of such a poor standard that it would be better to close it and start from scratch. Thus, the only English-language publication through which Syria could communicate with the outside world for decades, was of such poor quality that it had to be shut down.

The fate of Syria Times reflects the general state of communication in the country. And now, with more expatriates (expats) living in Syria, many working in its booming development sector, we have three target audiences in need of information: the Syrian, the expat residing in Syria, and the outside world. That is why we launched Baladna. The main goal of the paper is to inform Syrians and expats about developments in Syria — from new legislation to theatrical performances, new business opportunities, and restaurant openings. However, a second goal has emerged out of the need to fulfil the first. We realized that without quality reporters, we cannot provide quality reports. Without a training ground and a history of quality reporting, Syria lacks skilled journalists, particularly those who are fluent in English.

As such, I find much of my time spent on staff training. After taking interns during the newspaper’s development phase, teaching communications studies at Kalamoon University, and working with the strongest cadre to produce a daily paper, I have identified the failings in the existing training programs and have developed a new program accordingly.

In a bid to decrease our reliance on non-Syrians (usually transients) and establish a strong foundation from which the paper and the industry can grow, the new training program focuses on the development of critical thinking. And here a popular joke comes to my mind:

Critical thinking has been vastly underdeveloped in Syria. The educational system teaches students to memorize information, not to question it. This is in part due to the country’s demography: 60% of Syrians are under the age of 25. With increasing numbers of students passing through the educational system every year, the country can barely manage to afford them all a seat in school. Therefore, the focus has not been on improving the quality of education but rather on the physical expansion of institutions.

Everyone has noticed the problem. The Syria Trust is developing a huge project, a Discovery Center akin to the science museum in London, to encourage learning through play and exploration and to develop critical thinking among Syrian youth. The main Discovery Center, located in Damascus, will open in 2011. Meanwhile, young Syrians in other cities are profiting from smaller regional Discovery Centers that have already opened. While this initiative is admirable, its impact will take an entire generation to be felt.

If Syria is to maintain and benefit from the impressive work it has done in recent years to raise its standing both politically and economically, it needs to ensure that channels of communication are open and understood. I am very happy to be in a position where I can use the skills I learned and developed in London to improve the prospects of Syrians and Syria while at the same time producing a daily paper of interest and benefit to expats in Syria.

An English language daily can have a significant impact, particularly in a country like Syria, where the concept of marketing and public relations seems so obscure that I, as a journalist, actually have to beg for information about events and projects that in London would have drowned me in press releases. This year will mark the opening of the first faculty of media in a university in Syria. The new faculty at Damascus University will offer four degrees in radio and television, electronic media, writing and publishing, and public relations. Thus, both journalists and marketing departments will hopefully improve in the coming years and help each other develop and prepare the information the country and its residents need to be able to take advantage of all that Syria has to offer.

To date, those interested in a career in journalism had but one choice in terms of training. Syria’s five state universities have, for decades, offered only one multidiscipline degree in media through the faculty of arts and humanities. That is now changing. Other training options are now available too. Among them is a project by the European Union and the UN Development Programme who have been running training programs for a selection of Syrian freelance journalists under the name Tawasol.

Al-Jazeera also offers a number of intensive media and public relations courses at a center in Damascus. However, considering the cost of the courses, the likely beneficiaries are foreigners wanting to gain a better understanding of, and perhaps strengthen their presence within, Arab media, and corporations not wanting to wait another five years before hiring graduates from the new media faculty who may send their employees for intensive training before a product launch.

Ultimately, however, on the job training is essential. That is why, at Baladna, I am dedicating as much energy and resources to training the staff as I am to informing the reader.