On Syrian Talks and Ceasefires: An Open Letter to Secretary Kerry 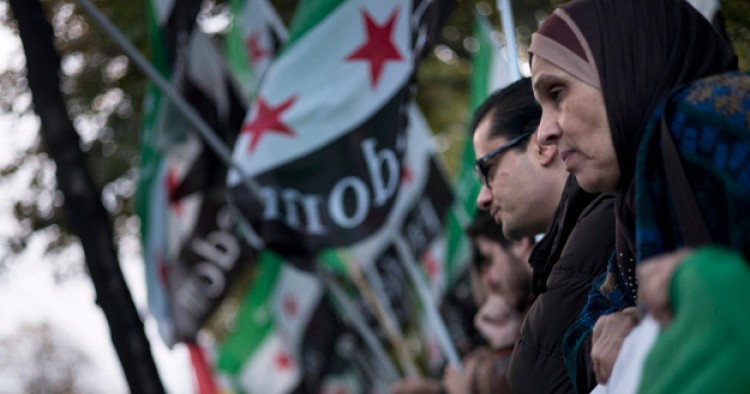 No one has worked harder than you to find a way to bring all sides together to stop the Syrian civil war and muster more international action against the Islamic State. But as a former colleague, let me caution that without some major adjustments in its approach to the Syrian peace talks in Vienna, the Obama administration is headed down another dead end.

You speak hopefully about a ceasefire within weeks. I am dubious you will get one without a national-level agreement to freeze forces in place. Even if the political effort now underway secures a ceasefire, its success is far from assured.  We have tried ceasefires twice before—once at the end of 2011 under the auspices of the Arab League, and again in 2012 as part of UN special envoy Kofi Annan’s six-point peace plan. In both cases, these national-level ceasefires lasted mere minutes. Arguing about who broke the ceasefires back then is a question to leave to history. What matters now is to determine how not to repeat the failure.

The previous two ceasefire attempts lacked teeth. Neither the Arab League nor the UN forces had the necessary strength to enforce the declared ceasefires. The Arab League had up to 144 monitors on the ground to identify armed elements that broke the ceasefire. They did so, occasionally being subjected to ground fire in the process, but the Arab League could do nothing to punish the guilty parties. Annan had Norwegian Major-General Robert Mood and a force of about 300 unarmed observers in the spring of 2012 who watched helplessly as violence escalated.  In neither case were the monitors tasked with enforcing the ceasefire. They had little authority from the UN Security Council, which did not threaten Chapter VII sanctions against the Syrian government, or countries supporting the Syrian rebels, for breaking ceasefire terms.

Now, convincing the warring parties to adhere to a ceasefire and allow unimpeded humanitarian access, more than three years since the last international ceasefire agreement, will be much harder.  There are more belligerents from more countries on the ground, and extremists in the opposition, notably the al-Qaida affiliate Nusra and the Islamic State, are far stronger than they were in 2012. Combat will likely continue between Nusra and the Syrian government regardless of a ceasefire, as well as between the Islamic State and the many opponents it confronts.   Amidst all this flying lead (and maybe chemical gas) in close quarters after the ceasefire, there will be accusations  of bad faith between the Syrian government and moderate rebels. After all the atrocities of the past four years, local communities will be fearful, and local security, town-by-town, will be a top issue. A ceasefire without an impartial force to enforce it will not succeed in Syria.

Any force tasked to monitor and determine responsibility for ceasefire breaches will need to be far larger than the previous Arab League or UN forces. What mandate will the new force have? How will any ceasefire succeed without a strong mandate from the UN Security Council that includes Chapter VII authority for the international community against those who break the ceasefire? Are the Russians now prepared to accept Chapter VII action against the Syrian government if it attacks moderate rebels after a ceasefire is reached? Given the disparity between Russian assertions that it intervened in the Syrian conflict to fight the Islamic State, and Russian actions that have largely targeted moderate rebels, there is precious little evidence to suggest Moscow would agree to Chapter VII action against the Syrian government that attacks yet again opposition or civilian targets.

Even if Russian consent can be secured—a tall order—what about Iraqi Shia militia forces, one of which is on our own terrorism list, that may violate a Syrian ceasefire? Will the Iraqi government, which allows them to go to Syria, or the Iranian government that backs them be sanctioned? Will the Lebanese government or Hezbollah face punishment should Hezbollah violate a Syrian ceasefire? Likewise, are Sunni regional powers backing the armed opposition prepared to halt aid if their clients in Syria violate the ceasefire? The U.S. needs to be frank in direct conversations about our stern response if hardliners in the armed opposition don't obey what their representatives negotiate at the table.

We also need to listen, and one message comes through clearly: the moderate rebels cannot, and will not, join with Bashar al-Assad's government to fight the Islamic State. To make any ceasefire stick, prevent the partition of Syria, and to have any hope of mobilizing more fighters to confront the Islamic State, the Syrian armed opposition needs to choose its own representatives to negotiate with the Syrian government and to have a firm stake in whatever deal, if any, is slowly negotiated.

American acceptance to discuss with the Russians, and decide with them, who should represent the Syrian opposition instead of addressing how to sustain a wobbly ceasefire risks arranging the stage for failure. Rather than try to dictate who should represent the Syrian opposition, the administration needs to focus on developing an agreement with the Russians and other states about the issues the Syrians must negotiate. Just as important, the U.S. and other states need to agree about (1) a force that would robustly monitor a ceasefire, if one can be secured; (2) how to improve local security, and (3) what the UN Security Council will countenance when the ceasefire is violated and an international force identifies the responsible party(ies).

After the immediate breakdowns in the 2011 and 2012 ceasefires, and the Syrian government's repeated use of chlorine gas after the September 2013 chemical weapons removal agreement, the Russians and Iranians should agree in advance that an international force must have the mandate to identify who breaches ceasefire terms and that Chapter VII sanctions will be imposed against those the force has identified.

The composition of the opposition delegation is made more difficult due to American support that has established an autonomous Kurdish region in northeastern Syria. The predominant Syrian Kurdish force, the PKK-aligned Democratic Union Party (PYD), has largely maintained an independent stance throughout the internal Syrian conflict; at times it has cooperated closely with the Syrian government. The Syrian Kurds are fighting for autonomy; their main target is not Assad.  By contrast, the rest of the moderate opposition's main goal is removing the Assad government but replacing it with a new, strong central government. How then will they all join in a single opposition delegation? Insisting on adding this PKK-affiliate will make an opposition delegation—already fraught with challenges—impossible to create. This is, after all, about vision and the PKK-affiliate doesn't share a vision with the major factions of the Syrian armed opposition.

The administration has already set up conditions for future Kurdish-Arab fighting in northern Syrian, and possible partition of Syria, as a result of its unconditional support to PYD-affiliated fighters in the name of fighting the Islamic State. This approach hasn’t just angered Turkey; many Syrian Arabs and Turkmen in the armed opposition are plenty mad.

The extent of Syrian Arab-Kurdish enmity was displayed vividly in the intense fighting between moderate Arab rebels and the Kurds north of Aleppo last week. The token Arab forces the Obama administration created to fight alongside the Kurds against the Islamic State enjoy no legitimacy since the mainstream Syrian opposition perceives that Syria’s PKK-affiliate is a medium- to-long-term threat to Syrian national unity. Those Syrian opposition Arabs worry about Syrian unity even if it is not really a priority for an American administration focused on the Islamic State.

Thus, Syrians need to decide whether it is best for this Syrian Kurdish region,  to be represented in a large opposition delegation, or in a Syrian government delegation?  Or should it be allowed to send a separate delegation to the talks? Washington and Moscow can't issue a dictat and hope to see the talks succeed. It will take time for Syrians to work this out.

Beyond the opposition delegation in peace talks, if the administration wants to ensure a ceasefire is durable, much less mobilize more fighters against the Islamic State, then it must condition support to those Kurdish fighters strictly on the Kurds refraining from exacerbating ethnic tensions. Amnesty International's October report accusing PYD fighters of war crimes against Arab populations makes the extent of the challenge with the Syrian Kurds very plain.

Finally, let us remember that the Syrian opposition has always soughta  revolution, not just a change of president. Replacing the president while leaving the brutal police state intact won't end the conflict. For example, if Air Force Intelligence head Jamil Hassan, also an Alawi, or intelligence chief Ali Mamlouk, a Damascene Sunni, replaced Assad, the new government would still be ruthless against opponents, and moderate rebels would continue fighting. The conflict in Syria was never about one man. One result of the American minimalist stance towards the brutality undertaken by men like Generals Hassan and Mamlouk is that our guarantees of future good Syrian government behavior are not carrying much water. The Syrians will need to have the time to negotiate an agreement that all sides can live with.

Changing Assad and the top security leadership could bring down the state, but this outcome is not automatic. This fear ignores the example of Tunisia where, through negotiations, including about transitional justice, much of the deep state under Ben Ali survived, and even returned to help govern.  The lesson from Tunisia—and also Iraq in 2003—is that a good or bad transition process is paramount to the future stability of the country. Syrians of all stripes must compromise just as the Tunisians did, despite the glaring difficulties. Perhaps a deal among Syrians can be concluded that leaves Assad in place.  That would be very surprising, but I'm not Syrian. Let the Syrians negotiate this and leave the scope of the agreement to them. If you and other foreign leaders try to micro-manage names and jobs, or timelines, as we did in Iraq in 2003-2005, then you will surely undermine the chances for the sustainable progress that you truly seek. This is especially true given Syria is a police state that has never held a free election.

I suggest that your team’s focus be on gaining  meaningful international support for a ceasefire and local security; supporting a specific peace process that Syrians lead and develop; and securing agreement with other foreign powers about the penalties to be imposed on actors who breach the rules of the process and any subsequent agreement.  We all fervently hope that your efforts will help bring an end to Syria’s terrible misery.