"Syriaq:" Sea Change in the Desert 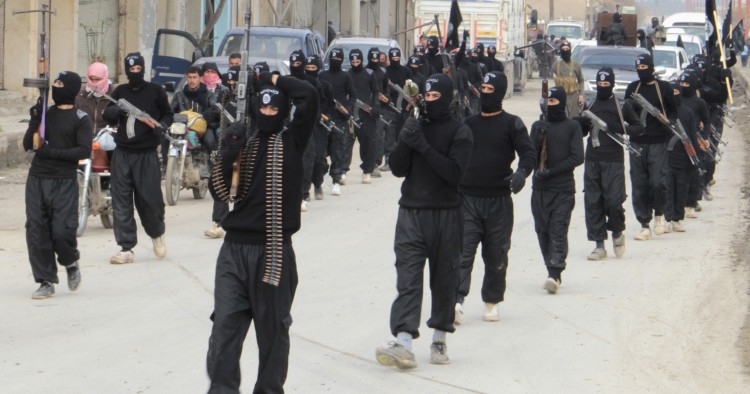 The extremist group ISIS (Islamic State of Iraq and Syria) is not acting alone in Iraq but is part of a de facto alliance of other disaffected Sunni opposition groups, including former Baathist army officers and civilians. And that is what makes the changes to the political map more lasting. The fortunes of ISIS might rise or fall, but the Sunni population of Iraq, like much of the Sunni population of Syria, has made a decisive break with the Shiite- (or in the case of Syria, Alawite) dominated central government.

Sunni opposition groups in Syria and Iraq, with backing from regional players, have been battling to topple the regime in Damascus, and to topple Maliki or at least regain a meaningful share of power in Baghdad. Having failed in both goals, ISIS has effectively shown another way forward: to forget about Damascus and Baghdad for now, forget about the Sykes-Picot borders and create a new political space out of the parts of Syria and Iraq that their capitals do not control--a large and viable political territory with major historic cities, trade routes, oil resources and borders potentially abutting Turkey, Saudi Arabia and Jordan. For now, let's call it Syriaq. In this, they might be emulating the Kurds, who long ago decided to concentrate on controlling their own areas rather than relying on politics in the capital.

Whether controlled fully by ISIS or eventually by a coalition of Sunni groups, this new political space is likely to be part of the Middle East map for the foreseeable future. It might harden into a robust proto-state as has happened in the case of Iraqi Kurdistan, or might be a transitory political reality that is effective as a bargaining rod and melts away again if new and meaningful political deals are struck in Baghdad and Syria.

There is no doubt that most Iraqis and Syrians--Sunnis included, of course--want to be part of the national political institutions of Iraq and Syria, respectively. Assad in Syria has made it quite clear that government is his and certainly not for sharing. And although most Sunnis were part of the political process when the Americans left in 2011, Maliki has systematically excluded them (and Iraqi Kurds) since then and pushed them to more desperate options.

Theoretically, there might be a way to roll this back in Iraq through the formation of a broad national unity government with strong Sunni and Kurdish representation. However, the response from the Maliki government and its supporters has been basically the opposite. Maliki has doubled down on his consistent sectarian rhetoric, Iran has responded by sending military reinforcements, and even Grand Ayatollah Sistani, who has been a beacon for maintaining national unity, called for Shiite conscription rather than national reconciliation. One has to conclude, that for the immediate future at least, Iraq has ceased to exist as a political reality.