Tawhid or Jihad: What Wahhabism Is and Is Not 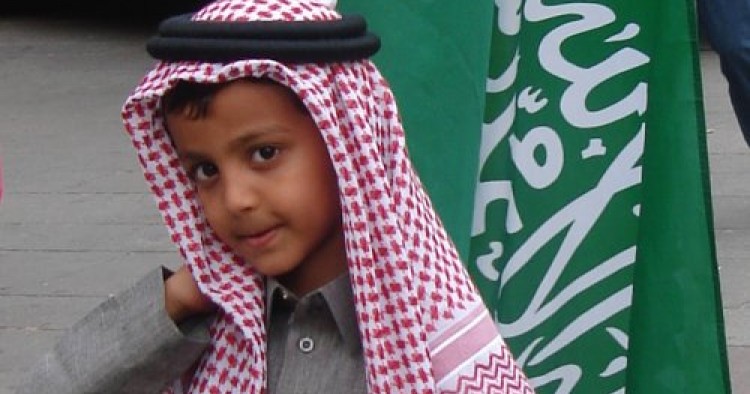 Wahhabism was first introduced in the central Arabian region of Najd in the mid-18th century by Shaykh Muhammad ibn ‘Abd al-Wahhab (c. 1703-c. 1792). Since then, it has been one of the most maligned of any religious reform movement in modern history. That in itself is not so extraordinary. Wahhabism is essentially a puritanical, fundamentalist Islamic reform movement calling for renewal of the faith as originally laid out in the Qur’an and the Sunna, the inspired traditions of the Prophet Muhammad and his early converts. Reform movements advocating major doctrinal changes are always likely to be threatening to those who resist any change of the existing status quo.

In addition, over the years Wahhabism has acquired a political dimension that has been threatening to a broad spectrum of people. In order to understand what Wahhabism is and is not, therefore, one must look both at what it actually advocates as a religious reform movement and what political implications have evolved since its founding.

Wahhabism as a Religious Reform Movement

Ibn ‘Abd al-Wahhab was a scholar of the Hanbali school of Islamic jurisprudence — the most conservative of the Sunni schools, particularly on family law — and was greatly influenced by the fundamentalist works of an earlier Hanbali scholar, Taqi al-Din ibn Taymiyya (b. 1263). Ibn Taymiyya preached unwavering adherence to the Hanbali view that the only true Islamic doctrine was based on two of the recognized sources of Islamic law, the Qur’an and the Sunna.1 A major precept of Wahhabism, therefore, was rejection of any religious belief or practice not based on those two sources, which he considered a heretical “innovation” (bid’a). For example, he condemned intercessional prayers (tawassul) to Muslim saints and viewed pilgrimages to their tombs as heresy. He preached that the only valid intercession was to the one true God.

The doctrine of Tawhid, or monotheism, is the basic tenet of Islam, expressed in the Shahada, or profession of faith: “There is no god but God and Muhammad is the messenger of God.” It is thus the basic focus of Wahhabism. The term Tawhid is derived from the Arabic word wahid, meaning “one.”

The centrality of Tawhid in Wahhabism led its followers to call themselves “Muwahhidin,” or Unitarians. They rejected the term Wahhabism, coined by the movement’s adversaries, as a derogatory reference to his founders. Muwahhidin, on the other hand, considered the term to be heretical as a sign of deifying Ibn ‘Abd al-Wahhab and thus denigrating the omnipotence of God.

In addition to the Qur’an and the Sunna, other sources include the consensus (ijma‘) of the Muslim community, and some schools recognize using analogies (qiyas) and independent reasoning (ijtihad). By Ibn Wahhab’s time, many Sunni legal scholars had abandoned ijtihad, but the Shaykh himself held the view that because the Qur’an and the Sunna were the only immutable sources, even the legal interpretations of the accepted schools of Islamic jurisprudence, including the Hanbali school, were subject to reexamination based on those sources.

As a fundamentalist, Ibn Wahhab subscribed to the classical Islamic interpretation of jihad that included Qur’anic verses supporting holy war, or “Jihad of the Sword.” But like many Arabic terms, jihad has multiple shades of meaning. Ibn ‘Abd al-Wahhab’s teachings concentrated more on the broader connotation, the obligation of all Muslims to uphold virtue and oppose evil in their personal as well as corporate lives. Tawhid, not militant Jihad, was the main focus of Ibn Abd al-Wahhab’s call for reform.2

In short, Wahhabism is about the revival of the fundamental doctrines of Islam as set forth in the Qur’an and Sunna, and about the rejection of heretical innovations that had crept into Islam since the time of the Prophet Muhammad. Its founder, Ibn Abd al-Wahhab, was a religious reformer, not a political ideologue.

Although its religious content has not changed since its inception, political implications of Wahhabism were present from the start. In the 18th century Najdi, many political leaders found Ibn Abd al-Wahhab’s vision appealing as a means of uniting the constantly warring Najdi tribes into a single Muslim community (umma). For the Najdi tribesmen who engaged in tribal warfare as a way of life, Wahhabism gave traditional warfare a higher moral purpose and justification.

The initial catalyst in adopting Wahhabism as a political ideology was an early follower of the reform movement, Muhammad ibn Saud, the amir of the small, isolated Najdi principality of Dir‘iyyah and the founder of the Al Saud (House of Saud), still the ruling house of Saudi Arabia. Under him, Wahhabism became the vehicle for legitimizing the Al Saud regime. From that day to this, it has been the political ideology of the Saudi state. The descendents of Ibn ‘Abd al-Wahhab became known as Al al-Shaykh (House of the Shaykh) and remain the most prominent family in the Saudi religious establishment. The relationship between these two families has been in effect a pact joining the secular and spiritual aspects of Saudi governance.

By the early 19th century, the Al Saud had expanded their rule over much of Arabia. But the regime was overthrown in 1818, regained power, and in 1891 was again overthrown and went into exile in Kuwait. In 1901, ‘Abd al-‘Aziz bin ‘Abd al-Rahman Al Saud set out to regain the Al Saud patrimony under the banner of Wahhabism. Gathering loyal Wahhabi tribal warriors along the way, he retook Riyadh in 1902. It took two decades for him to defeat the Al Rashid, however; in 1921 the Ikhwan, as he called his Wahhabi tribal warriors, finally captured the Rashidi capital, al-Ha’il.

‘Abd al-‘Aziz went on to reconquer the Hijaz, and after formally annexing it in 1926, he took the title of King. He then demobilized the Ikhwan, settling them in agricultural communes. Many of the tribal warriors were not willing to accept civilian life, however, and rebelled against him. They were defeated at the battle of Sibila in 1929, the last Bedouin battle in history. Thereafter, Saudi Arabia went without a standing army until after World War II.3

In 1932, ‘Abd al-‘Aziz renamed the country the Kingdom of Saudi Arabia. Since then its history has been one of evolution from the former small Najdi principality to a modern nation-state and leading oil power. The era of Saudi tribal warfare had come to an end. But Wahhabism remained the political ideology of the Al Saud regime.

As a part of its concern for the welfare of the Muslim world, the Saudi regime has allocated a significant amount of its oil revenues to building Islamic schools and mosques throughout the Muslim world. During the Cold War, few objections were made to these Islamic foreign aid projects. Saudi Wahhabism was viewed as an ideological ally against Communism or else ignored it entirely. It was only after the Cold War ended and jihadist terrorism began to expand that the Islamic schools and mosques were linked by critics to teaching jihadist terrorism.

As noted, Ibn Abd al-Wahhab was a religious reformer, not a political ideologue. The most influential apologist of modern Jihadist terrorism was an Egyptian intellectual and member of the militant Muslim Brotherhood, Sayyid Qutb (1906-1966). Qutb’s advocacy of global holy war against all presumed enemies of Islam has had a far greater influence on present day Jihadist terrorists, including Usama bin Ladin, than have the writings of Ibn Abd al-Wahhab. The adherents of Qutb’s teachings on contemporary global Jihadism (whether they have read his works or not) are mujahidin (jihadist warriors). By contrast, those who adhere to the teachings of Ibn ‘Abd al-Wahhab on Tawhid are muwahhidin.4

Even the writings of Qutb, however, do not adequately answer the question of why people are motivated to commit terrorist acts. The degree of hostility required to predispose someone to want to engage in lethal violence cannot be taught or learned from the spoken or written word.

3. In the latter 1930s, King ‘Abd al-Aziz recalled tribal levies in a brief war with Yemen, and ended up annexing Asir province, located next to Yemen on the Red Sea, and Najran province, formerly a part of Yemen located further inland.