The thorny question of readmission in France-Maghreb migration talks 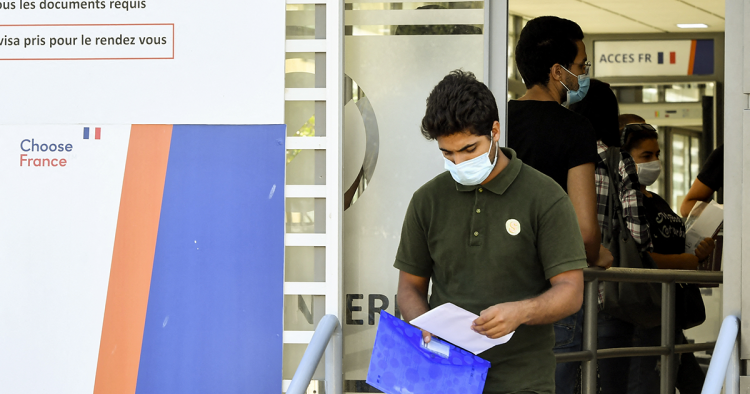 Readmission of irregular migrants has been a critical element in migration cooperation between France and Maghreb countries. In an attempt to increase its leverage, France recently decided to toughen its stance on migrant return by linking it more tightly to the country’s visa policy.

In late September, the French government announced drastic cuts in the number of visas available for nationals of Algeria, Morocco, and Tunisia. The decision foresees slashing visas for Tunisian nationals by 30%, and for Algerian and Moroccan nationals by 50%. In the words of the French government’s own representative, this decision is “drastic and unprecedented.” Paris justifies the move by citing what it describes as Maghreb countries' limited cooperation on returning their nationals who are staying irregularly in France.

In readmission cooperation, countries of deported nationals can stall repatriation procedures by delaying the identification of their migrants or the issuance of a laissez-passer, an obligatory travel document that needs to be issued by the migrant’s country of origin. Without this travel pass, a country of destination cannot forcibly expel the migrant. France says it opted to impose visa restrictions only after trying other approaches — including dialogue — that did not work. According to French Minister for Citizenship Marlène Schiappa, the decision will take immediate effect, although French officials said that the new measures can be reversed if Maghreb countries start to cooperate more efficiently. Any reversal of the restrictions will be decided on a country-by-country basis.

France-Maghreb cooperation on readmission has a mixed record. Prior to the COVID-19 pandemic, Maghreb countries were more cooperative on return operations, although collaboration was still below French expectations. COVID-19 caused a drop in repatriations, along with countries of arrival using the health situation to extend periods of detention of irregular migrants. According to figures reported by the media, between January and July of this year, French authorities ordered 3,301 Moroccan nationals to leave French territory, while just 138 travel passes were issued. Ultimately, only 80 individuals were repatriated, putting the execution rate of removal decisions at 2.4%. This rate is even lower for Algeria, at 0.2%. As for Tunisia, the rate of deportation stands at 4%, with 131 migrants expelled out of a total of 3,424 asked to leave France. However, Morocco has cast doubt on the figures provided by the French authorities. Moroccan Foreign Minister Nasser Bourita reportedly told the media that the North African country issued 400 consular documents to Moroccans being expelled from France, but actual repatriations were limited because many of the migrants refused to take a COVID-19 test, which is obligatory to enter Morocco.

Given the recent dip in readmissions, France is intent on stepping up the implementation of existing readmission agreements with Maghreb countries. In addition, with less than six months to go before the next presidential election and migration a major issue in the campaign, President Emmanuel Macron is under pressure to deliver, having promised at the beginning of his term that all rejected asylum seekers would be returned to their home countries without delay. In a meeting with his foreign and interior ministers in June, Macron ordered the use of “swift and practical measures” to expedite the deportation of rejected asylum seekers, while prioritizing those involved in acts of terrorism, radicalization, or other crimes and serious offenses. This marked a change in France’s approach from exerting diplomatic pressure through bilateral talks to the use of visa restrictions as a policy instrument to achieve its border control objectives.

Reactions from the Maghreb

The French decision gave rise to varying reactions from the three Maghreb countries. Tunisia, which is facing a smaller reduction in the number of visas, responded calmly. In a phone call with his French counterpart, President Kais Saied expressed his regret over the decision to reduce the number of visas for Tunisians wishing to travel to France, and according to a statement published by the Tunisian presidency, Macron said that it could be revised. Saied stressed that the migration issue can only be addressed on the basis of a new vision, which Tunisia’s newly formed government will work on.

Algeria and Morocco reacted more angrily. Moroccan Foreign Minister Bourita described the move as “unjustified” and at odds with the reality of consular cooperation with France. Algeria conveyed its dismay by summoning the French ambassador and handing him a formal letter of protest at the “unilateral decision of the French government,” insisting that announcing this decision without prior consultation with the Algerian authorities caused confusion and ambiguity regarding the motivation and scope of its application.

The French threat to force countries to cooperate more efficiently on readmission by making it more difficult to obtain visas is not new. In 2018, France adopted a law on asylum and immigration with the aim of making readmission more effective, and stepped up bilateral talks with Maghreb countries. According to French government spokesperson Gabriel Attal, France gave prior notice of the visa threat to countries in the Maghreb, and is now carrying it out as the response was not what France had hoped. In migration cooperation, destination countries are keen on the successful readmission of unwanted migrants because inefficient returns can act as incentives for irregular migration.

France is not alone in leveraging visas to propel Maghreb countries to cooperate more efficiently on readmission. The EU and several member states have been pursuing more effective cooperation with the North African countries on return and readmission, including through strengthening the conditionality between readmission and granting of visas. The idea of using visas as incentives for the removal of unauthorized migrants dates back to 2004, and has been a constant element in the debate on migration cooperation. In 2019, the European Parliament adopted a new regulation amending its visa policy that sought, among other things, to link visa issuance more closely with a country’s cooperation on return. The new regulation allows the EU to adapt visa processing conditions depending on how cooperative a non-EU country is on the return of irregular migrants. A partner country can either be rewarded with generous implementation of certain provisions of the EU Visa Code or penalized with restrictive implementation of the code, including extending the processing timeframe for applications, reducing the length of visas, increasing the level of visa fees, or restricting the fee exemptions for certain categories of travelers. To this end, the European Commission would assess regularly a partner country’s collaboration on readmission, taking into account input from member states. In the same vein, the bloc has pursued the conclusion of EU-wide readmission agreements with North African countries, but talks have stalled with Morocco and Tunisia, while Algeria refused to begin negotiations.

Cooperation on readmission has been difficult. Maghreb countries of origin often stress their willingness to accept the return of their citizens staying irregularly in the EU, but the implementation of readmission agreements remains below European expectations. Maghreb countries could be reluctant to readmit their own citizens because these citizens contribute to remittances that support families in the countries of origin. Given the difficult socio-economic conditions in North African countries, there are likely to be concerns that the returned migrants would become an economic burden. In addition, returned migrants sometimes face social stigmatization for having returned home empty-handed. This spurs worries about the socio-economic integration of migrants who lived abroad for an extended period. Given these factors, readmission remains an unpopular topic domestically. Countries of origin may extend the deportation process by delaying the identification of their own migrants and the issuance of laissez-passer.

Focus on return set to intensify

Migrant return will continue to be a key area of cooperation in Europe-Maghreb relations, especially in light of the EU’s reform of the Visa Code and its pursuit of a more coherent and efficient return policy. To facilitate readmission, European states will continue to encourage countries of origin to establish reintegration policies and mechanisms through EU-funded migration projects. One such project is currently under way in Tunisia. Meanwhile, the new visa restrictions imply more cumbersome and lengthy procedures for visa applicants to France in the Maghreb, and questions remain about which categories of migrants and travelers these measures would affect.

Beyond readmission, Maghreb countries work with the EU on various aspects of migration management. However, this collaboration is generally marked by differences in perceptions and priorities, at times even channeling tensions and distrust in the relationship. For instance, previous surges in migration from North Africa have been interpreted in the EU as a deliberate attempt by Maghreb countries to use migration as a bargaining chip, even in the absence of clear evidence to suggest this. Earlier European proposals to establish migrant reception centers in Maghreb countries were immediately rejected as they were seen as undermining their sovereignty, and as an EU attempt to outsource unwanted tasks to its southern partners.

Despite such tensions, cooperation remains high on the agenda in the EU-Maghreb partnership. Although both sides have divergent priorities, there are also converging interests where cooperation is feasible and desirable. Maghreb countries face their own migration challenges, including pressure on land and sea borders, and have an interest in strengthening their border security. This makes border management a relatively easy area for cooperation. Aiming to increase its leverage and ownership of migration collaboration, Tunisia has sought to orient it toward areas that align with its own migration priorities, such as diaspora engagement. However, the scale of collaboration with the EU varies across the three Maghreb countries, with Morocco and Tunisia engaging intensively with the EU while Algeria remains generally reluctant to do so. To reinforce their cooperation, countries on both sides of the Mediterranean need to consider the interests and priorities of the other, with a view to building sustainable and balanced collaboration that does not reduce migration to merely a security issue.

Tasnim Abderrahim is a policy analyst focusing on migration, decentralization and local governance, and EU-North Africa relations. She is a non-resident scholar with MEI’s North Africa and the Sahel Program. The views expressed in this piece are her own.