The Three Faces of Turkey 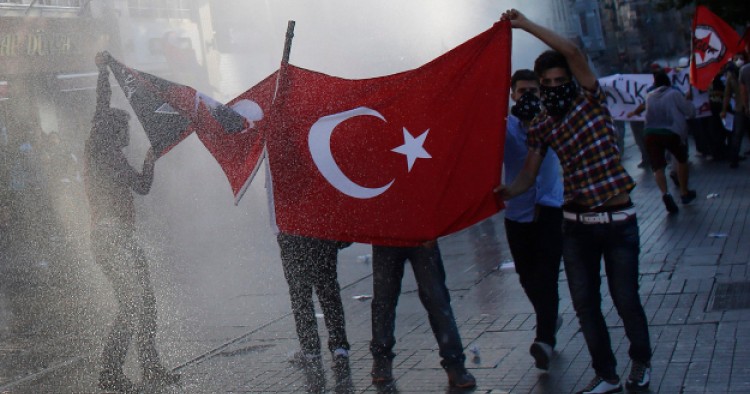 Washington and Ankara are in yet another difficult phase in a relationship cycle that runs from very good to very bad. American public opinion about another country forms slowly, but persists through time once set. As Turkey changes, we keep trying to fit new evidence into the old paradigm. At some point, the contradictions are too obvious to explain away, and the new narrative emerges. Right now, Americans are caught in that dilemma regarding Turkey. Unless we have a better idea of which Turkey we are dealing with, we are certain to make bad choices.

The first Turkey—conservative, constitutional, westward facing—is the one that belongs to NATO. Western oriented, highly educated Turks were heirs to the Ataturk revolution and the Turkey that rose from the ashes of the Ottoman Empire. Many Americans, especially those in the armed forces during the Cold War and up to 2003 were proud of their ally in a tough neighborhood. This Turkey anchored the West in volatile geography and risked nuclear retaliation to defend Europe. The image of this Turkey has led the United States more than once to embrace a false consensus theory and presume that Ankara would follow U.S. lead on important issues. The Incirlik air base has been the metaphor for this view of Turkey. The United States has invested heavily into this base, risking an over reliance on it and Turkey as a critical component of U.S. policy in the Middle East.

The second Turkey—liberal, pro-EU, aspiring to be democratic—began to emerge after the Cold War, but only fully flowered in the early 2000s as the pro-Islamist AKP captured power. This is the Turkey that led the Gezi Park demonstrations in 2013 for greater democracy and the Turkey that formed the rainbow coalition in 2015, allowing the left-leaning, pro-Kurdish HDP to enter parliament for the first time. This is the Turkey that, in the June 2015 elections, briefly obstructed President Recep Tayyip Erdogan’s ambitions to expand his power.

The third Turkey—authoritarian, populist, religious and ideological—rests on a political philosophy largely unseen or ignored by Western observers of Turkey. That approach draws on the tenets of the Muslim Brotherhood: distrust of Western institutions, and belief in the power of the community of supporters to make decisions for society. Constitutional divisions of power, protection of individual rights against the state, and freedom of press all are subject to majoritarian choice. In other words, popular election results trump all such restraints.

Thus, the AKP has steadily ignored or marginalized Turkey’s western-inspired institutions—judicial, media, education, military—in order to consolidate power domestically and to project an image of Islamic Sunni religious leadership and political prominence regionally. Many believe that Erdogan always had these goals in mind; others believe he moved to more extreme positions in recent years in reaction to his growing election majorities and resistance by Turkish institutions to his rule. Even as his actions continue to polarize the country and his foreign policy mistakes mount, there are still no indications that he will change course or that the opposition will weaken his power.

These three faces of Turkey complicate the issue of dealing with the country. The traditional American coalition that supported Turkey—U.S. military and veterans groups, defense companies, Congress, and Jewish groups—is losing cohesion. The American Turkish Council, long a bastion for strong Turkish-American ties, no longer wields its accustomed clout. Those who saw a liberalizing Turkey have postponed their hopes in the wake of the November 2015 election landslide for the AKP. An illiberal authoritarian Turkey has not completely eliminated these older realities, but it is increasingly apparent that American policy makers cannot rely on those historic perceptions in dealing with Turkey.

Events of recent years only add to the challenge. Since the Arab Spring, Turkey has weakened its ability to control events as its pro-Muslim Brotherhood and pro-Sunni sectarian approach has led it into political cul-de-sacs. It sacrificed its leverage with Israel by championing the Palestinian cause instead of acting as a mediator. It continued to back Mohamed Morsi in Egypt even as the Morsi government drafted an Islamic constitution with dictatorial powers. Repeated intelligence reports indicate that Turkey for an extended period did little to prevent ISIS recruits from entering Syria from Turkey. On the Syrian border, when Kurdish forces emerged as one of the few effective forces fighting ISIS, Turkey refused to help in any substantive way.

Turkey exploited the August 2015 agreement between the United States and Turkey for increased use of the Incirlik air base to mount massive raids against the PKK and very few against ISIS. In the November shoot down of a Russian fighter jet, Ankara did not even know the rules of engagement for its pilots, precipitating a long-term economic and political setback in relations with Moscow and complicating its aims in Syria. When Turkey overplayed its hand in northern Iraq by sending additional forces, it was forced in December under Iraqi and American pressure to withdraw. Domestically, the AKP government’s steadily rising violence against the PKK is raising fears of a civil war and the spread of attacks by the PKK into western Turkey.

How might the United States best approach Turkey at this point? First, Washington should not regard Turkey as an indispensable player in every circumstance. Ankara is much more interested in tactical gains—supporting its chosen factions in Syria and preventing the rise of Kurdish power and influence. Defeating ISIS is not a Turkish priority. Second, as a logical flow on, the United States should focus its strategic attention elsewhere and enhance cooperation with Iraq, Jordan, Saudi Arabia, the Gulf states and Egypt. Turkey will have little influence on these countries regarding Syria.

If 2015 was a year that saw Washington and Ankara drift further apart, 2016 might be the year the United States shapes its view of the Middle East with less reliance on Turkey. Without a better acceptance of what Turkey has become at present, the United States will continue to encounter frustration and disappointment in its dealings with Ankara.