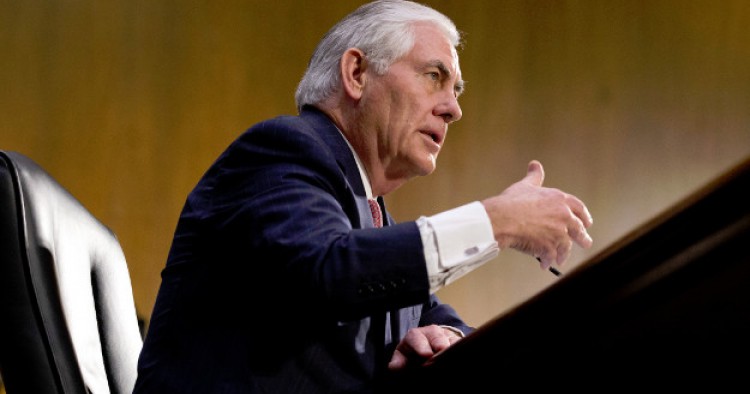 U.S. Secretary of State Rex Tillerson’s recent remarks about the role of Iranian-led militias in Iraq have sparked a lot of controversy. “Certainly, Iranian militias that are in Iraq, now that the fight against Daesh and ISIS is coming to a close, those militias need to go home,” Tillerson said at a press conference in Riyadh on October 22 just before departing for Baghdad. While the top American diplomat is correct to focus on rolling back Iran’s destabilizing role in Iraq and the broader region, the premise of his comments about the “Iranian militias” in Iraq was wrong: There are no Iranian militias in Iraq and the Iranian-linked Shiite militia groups within as the Popular Mobilization Forces (P.M.F.) are Iraqi nationals.

The author’s survey of death announcements on Fatwa al-Defae al-Moqadassa [Fatwa of the Sacred Defense] and other Iraqi websites, has identified at least 2,344 P.M.F. combat fatalities between March 2013 and October 2017.

In comparison, the author’s survey of funeral services held in Iran for Iranian nationals killed in combat in Iraq, identified only 42 fatalities between April 2014 and October 2017. Apart from this, there is no reference in the open source to Shiite Afghans or Lebanese fatalities in Iraq. There is, however, references to three Shiite Pakistani nationals killed in Iraq (one in June 2014 and two in November 2014).

The extremely limited Iranian and non-Iraqi Shiite proxy presence in Iraq is hardly surprising: There is no lack of Shiite Iraqi volunteers to protect the Shiite-dominated government in Baghdad, and Tehran has used Iraqi Shiite militiamen in Syria to prop up the embattled regime of Bashar al-Assad as well.

This said, the Tillerson’s concern about the P.M.F. is justified: The P.M.F. is an umbrella organization composed mainly of Shiite militant groups. They all wear the P.M.F. uniform, but for all practical purposes, are still not integrated into a unified force with a clear chain of command. They still function as separate militia units.

To make things worse, many of P.M.F. militias are not subjected to the civilian control, but pursue their own interests. Some report to Tehran rather than to Iraqi Prime Minister Haider al-Abadi or other Iraqi government authorities.

Despite this, in his opening remarks at the meeting with Tillerson, Abadi defended the P.M.F. as an integral “part of the Iraqi institutions.” He continued: “Popular Mobilization fighters should be encouraged because they will be the hope of the country and the region.”

Abadi’s reaction is just as understandable as Tillerson’s attempt at driving a wedge between Baghdad and Tehran. Iraqi leaders turned to Shiite militias to defend Baghdad from the Islamic State onslaught. While the Islamic State has lost much of its territory in Iraq, Abadi may not want to alienate the Shiite militias at a time when the Islamic State is still not entirely defeated. Moreover, Abadi may also fear a backlash from Shiite militias if he chooses to forcibly disband the P.M.F. Therefore, to counter Iran’s growing influence in Iraq, it necessary that the U.S. government devises a comprehensive strategy that strengthens Iraqi political and security institutions and enable them to resist Iranian influence in the country. The full integration of P.M.F. forces into Iraq’s security apparatus and disarmament of Iranian-controlled militia groups should be part of that strategy in the immediate and long terms.