Too Big to Fail: The Iran-Saudi Relationship 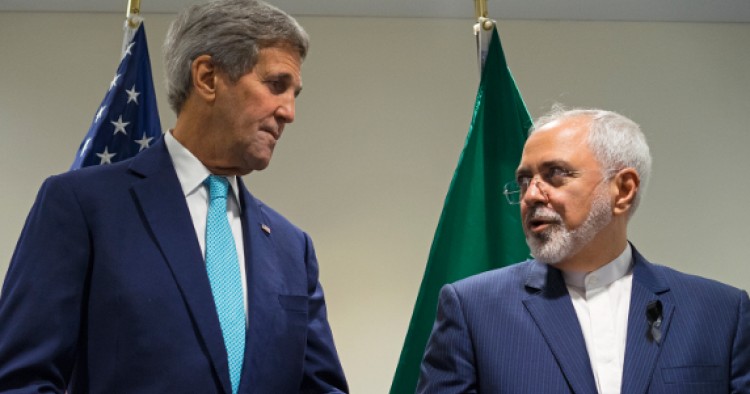 The latest escalation in tensions between Iran and Saudi Arabia has set off alarm bells across the globe. There is a real fear that failure to repair the rupture in this relationship could lead to a worsening of the already dire humanitarian crisis in Syria, further destabilize a perilously volatile region, and even impede the battle against ISIS.[1] When Iraq, one of the region’s most vulnerable and least stable countries, offers to mediate between the far more powerful Iran and Saudi Arabia, you know it’s grim.[2]

However, regional states alone cannot prevent the catastrophic effects that could come from continued hostility between Iran and Saudi Arabia. Global powers need to mount a diplomatic offensive to prevent this pivotal relationship from falling further into the abyss, to rescue the fledgling peace process on Syria, and keep ISIS from benefiting from the recent flare-up in tensions.

The danger becomes apparent with an understanding that the current conflict in the region is part of a three-tiered contest for power, involving local, regional and international actors. Saudi Arabia and Iran are the pivotal regional components in the three-tiered contest for power, and represent the conduit linking international players, such as the United States and Russia, to the local players in the conflict zones of Syria, Iraq and Yemen. The healthier the relationship between Saudi Arabia and Iran, the greater the opportunities for international actors like Russia and the United States to engage constructively with local players in Syria and other hotspots in the Middle East to try to reduce conflict. Conversely, Iranian-Saudi hostility makes it virtually impossible for international powers to work effectively towards conflict mitigation on the ground. Worse yet, ongoing tensions between Tehran and Riyadh increases the risk of foreign powers being further drawn into conflict zones such as Syria, Iraq and Yemen, and ensures chaos across the three levels.

The Local Level: Effects of the Iran-Saudi Row

Increased hostility between Iran and Saudi Arabia will further the nightmare in Syria, the epicenter of the current regional instability. Iran will likely redouble its efforts to fortify the Assad regime and the Saudis will ramp up support for rebel groups, in an attempt by each side to gain the upper hand. Moreover, if a rupture in Iran-Saudi relations leads to a collapse of the diplomatic track, military action on the ground in Syria once again becomes unhinged from the political process. Efforts by Jordan  to vet rebel groups and create a moderate front with which to negotiate with the Assad regime will likely end abruptly, potentially fracturing rebel groups.[3] Fighting, thus, will take on a new intensity, with more Syrian towns experiencing the same horrific fate of starvation as Madaya.[4]

The Regional Level: Effects of the Iran-Saudi Row

Continued hostility between Iran and Saudi Arabia will increase the levels of regional polarization along sectarian and political lines. This has already begun. Almost all Arab League ministers—with the exception of Lebanon—in a recent communiqué backed Saudi Arabia in its spat with Iran over Sheikh Nimr al-Nimr’s execution and the subsequent sacking of the Saudi embassy in Tehran.[5] Such politically charged gestures are difficult to rescind, making it hard to move towards regional rapprochement and almost impossible to settle the region’s current conflicts. Added to this is the danger that Turkey will further tilt toward Riyadh in this conflict, undermining the potential that it could serve an invaluable role as balancer and mediator.[6] A convergence of the Arab and Turkish positions in this dispute could increase anxieties in Tehran, perhaps resulting in a strengthening of the hardliners in the February parliamentary and Assembly of Experts elections. This could produce a more adventurous Iran at a time when the Saudis themselves have become more openly aggressive. While these possible trends toward further regional polarization do not necessarily portend direct armed conflict between them, it will certainly reduce their capacity and will to tackle the problems that are currently feeding regional dysfunction.

The International Level: Effects of the Iran-Saudi Row

The days of the “Great Game” in the Middle East are over. Whereas there was a time when actions by global actors were able to shape relationships and events in the Middle East, today the dynamic can go both directions, with regional actors having the capacity to influence relationships at the global level. A case in point is the potential for hostility between Saudi Arabia and Iran to increase tensions between the United States and Russia. While the U.S.-Russian relationship has been continuously fraught with tension over Syria, with each backing opposing sides in the conflict, they seem to agree on the principle that there is no pure military solution to the war. Evidence of this was the opening up of a diplomatic track shortly after the Russians entered Syria, despite initial U.S. reservations about Russia's direct military involvement.[7]

U.S.-Russian cooperation could end if the Iranian-Saudi relationship leads to a failure of diplomacy in the Syrian civil war. Iranian Foreign Minister Javad Zarif and Saudi Foreign Minister Adel al-Jubeir have thus far committed their countries to be represented at the next round of diplomatic talks.[8] If Iran and Saudi Arabia come only grudgingly to the talks to promote their competing regional agendas, or instead use this forum to close the diplomatic window, then this leaves both the Washington and Moscow holding the bag. If the diplomatic process collapses, the most robust opportunities for cooperation between the United States and Russia could vaporize, given they have differing  military priorities, with Russia focused on fortifying the Assad regime and the United States focused on dislodging ISIS. The result could be further military entrenchment by both global powers and a hardening of positions. Moreover, if Iran and Saudi Arabia add fuel to their proxy war in Syria, the U.S. and Russian forces on the ground might find it hard to avoid being drawn further into the fight, in effect trapping the two global powers in an unwinnable and intractable situation. Russia, in a desperate but vain attempt to show gains before getting out of Syria, could ramp up its efforts to support Assad militarily. The risk of a direct clash, with the margins for error narrowing, between the United States and Russia is thus elevated.

The Global Community Needs to Rally

So what can be done to avoid the dire scenario of the Iran-Saudi dispute poisoning the local, regional and international tiers of the three-tiered game? First, the United States and Russia need to get on the same page on Syria and acknowledge the danger signs posed by the sudden downward turn of the Iranian-Saudi relationship. This is not as farfetched as it sounds. Both countries understand that a military track without a parallel diplomatic track is a dead-end for resolving a conflict that is quickly becoming a global security threat. Moreover, Russian President Vladimir Putin understands that a diplomatic process is the only graceful and face-saving exit for Russia from Syria. The United States and Russia need to present a united front and send a clear message to Riyadh and Tehran that they will be resolute in efforts to find a political solution in Syria, regardless of the state of relations between Iran and Saudi Arabia. Neither Washington nor Moscow can afford to have their relationship mirror the often-toxic ties between Riyadh and Tehran. Instead, they need to close ranks and present the best of what the international system can offer in terms of conflict mitigation.

Second, while the United States and Russia are the main actors in the Middle East today, a broader P5+1-like initiative that worked so well during the Iranian nuclear negotiations needs to be resurrected. The current International Syria Support Group (ISSG) consisting of the major international and regional powers is a positive step in this regard. But as Iran-Saudi ties deteriorate, a group consisting only of global powers will be necessary to augment the efforts of the ISSG. A renewed P5+1 initiative could in effect establish a firewall that helps international powers avoid being drawn into the sectarian and political turmoil in the region. Only by insulating themselves this way can the global powers apply the kind of diplomatic leverage needed to limit the damage inflicted on the Syrian talks and the region by the split between Saudi Arabia and Iran.[9] While the international community might struggle to ameliorate relations between the two regional powers, it can ensure the focus of these two adversaries remains on common regional threats and the persistent presence of ISIS.

Third, other regional powers like Turkey need to be convinced not to take sides in the growing conflict between Iran and Saudi Arabia. Egypt has already, to some degree, closed ranks with Saudi Arabia, which is somewhat understandable given that its financial lifeline flows from Riyadh.[10] But Cairo needs to be persuaded not to pursue additional actions that might further escalate an already fraught situation. Turkey should be the real target of international diplomacy aimed at keeping the Iran-Saudi dispute contained. It has more political and economic independence than Egypt, and while it has been aligned with Saudi Arabia on Syria, it has strong energy ties to Iran. Therefore, it has the capacity and the interests to remain neutral in this dispute. It should be persuaded to try to work with both countries with the aim to reduce tensions, perhaps acting as a bridge towards regional cooperation. Turkey falling completely into the Saudi camp will only further stoke sectarian and regional tensions, which could also exacerbate  its already tense relationship with Russia. While a cooling off period is probably required before Turkey can play this role, it should be encouraged to ultimately move in this direction.

Without an eventual thawing of relations between Saudi Arabia and Iran, any prospects for restoring stability, defeating ISIS and ending the civil wars in Syria and Yemen will remain remote. Where relations between these two regional powers leads, the Middle East follows. An all-hands-on-deck approach should be taken by international powers to at least attempt to repair relations. The Iran-Saudi relationship is too big to fail, and failure is not an option for the Middle East primarily and the global community at large.

Ross Harrison is on the faculty of the School of Foreign Service at Georgetown University and is a scholar at The Middle East Institute in Washington, D.C. Ross is also on the faculty of the political science department at the University of Pittsburgh, where he teaches courses in Middle Eastern politics. Harrison authored Strategic Thinking in 3D: A Guide for National Security, Foreign Policy and Business Professionals (Potomac Books, 2013)

[4] Anne Barnard and Hwaida Saad, “In Syrian Town Cut off from the World, Glimpses of Deprivation, The New York Times, January 14th, 2016