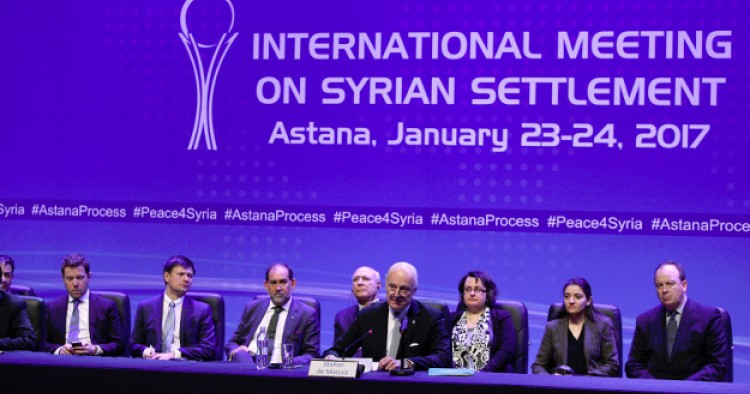 Tehran’s fears of losing out influence during the ongoing peace talks on Syria in Astana were evident even in the makeup of the Iranian delegation. According to Iranian sources, Tehran had been compelled to dispatch a top military figure with extensive experience in Syria in order not to be eclipsed by Russian and Turkish militaries.

Iranian press reported that both Moscow and Ankara had dispatched “some intelligence and military figures as members” of their delegations to Astana and that is why Tehran opted to send Brigadier General Mohammad Reza Fallahzadeh. Fallahzadeh is said by the Iranian press to have been injured in 2016 while on a military mission in in Syria. The veteran commander from the Islamic Revolution Guards Corps (IRGC) has also a six-year record as a former governor of the Iranian province of Yazd.

In Astana, Fallahzadeh was part of a group that was nominally led by the Iranian Deputy Foreign Minister Hossein Ansari who is responsible for Arab affairs. Ansari is close to Javad Zarif, the Iranian foreign minister, but not necessarily an important decision-maker on the question of Tehran’s policy in Syria. In fact, the inclusion of Fallahzadeh and the media publicity given to his presence in Astana might not only be aimed at the Russians and the Turks but also aimed to elevate the stature of the IRGC in the eyes of the Iranian public as the Syria peace talks continue.