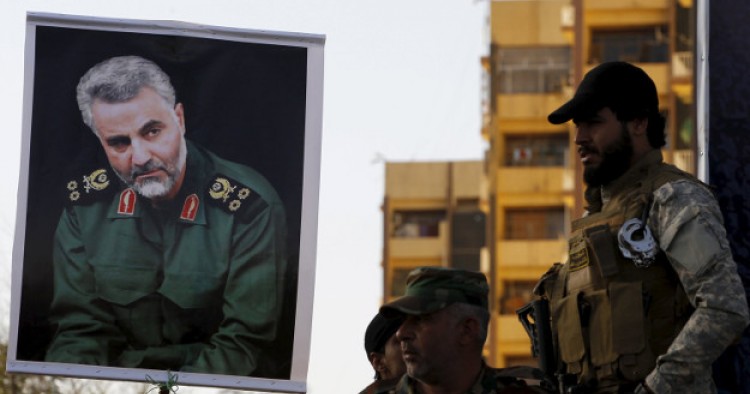 Chairman of the Iranian Parliament's National Security and Foreign Policy Commission Alaeddin Boroujerdi has commended Iranian Quds Force Commander Qassem Soleimani’s “important” role in regional conflicts. In an interview published on Beirut-based media outlet al-Mayadeen on February 8, Boroujerdi also threatened the United States against crossing Iran’s “red lines” in the region. “America cannot cross the red lines which Iran has drawn for itself and in the region,” he said. “We will not let them cross them,” he further warned. The senior Iranian lawmaker also downplayed the possibility of a U.S. military attack against the Islamic Republic, arguing that Iran’s military power will deter such a move.

Comment: Boroujerdi’s remark is further evidence of the fact that when it comes to Iran’s destabilizing role in the Middle East, Iranian civilian and military leaders are largely on the same page. Iranian parliamentarians and President Hassan Rouhani and his key cabinet ministers persistently defend the subversive activities of the Islamic Revolution Guards Corps (I.R.G.C.) in the region.

The Quds Force is the I.R.G.C.’s secretive branch responsible for external operations. Under Soleimani’s leadership, the Quds Force has provided weapons, training and financial support to a great number of terrorist and sectarian groups from Afghanistan to Syria, Iraq, Lebanon, Yemen and beyond. The Quds Force and its mercenaries were behind the killing of scores of American soldiers in post-Saddam Iraq. And as the Iraqi security forces are fighting the Islamic State to retake Mosul, Soleimani and his militia allies are playing a key role on the battlefield.

While Iranian leaders and media outlets frequently praise Soleimani’s prominent role in shaping political and military developments in Syria and Iraq and publish his photos from battle frontlines, the media in Saudi Arabia and the United Arab Emirates often expresses the concern that Soleimani’s direct involvement in regional conflicts is exacerbating sectarian tensions across the Middle East. One article in Al-Arabiya, for example, argued last November that Soleimani’s presence in Mosul discredits the Iraqi government’s claim that Iran-supported militia forces will not be leading military operations in Mosul.