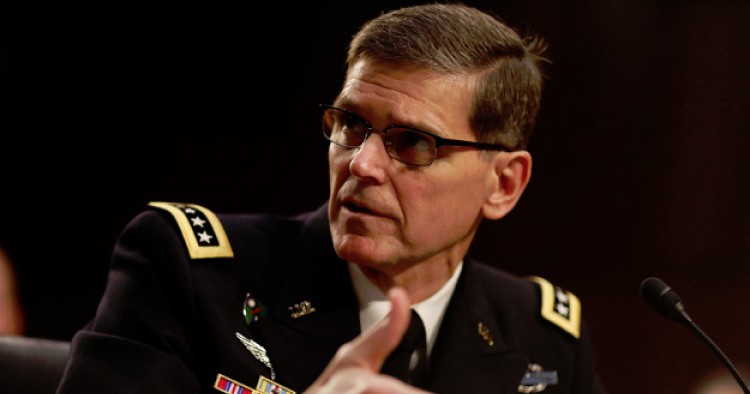 Iran seeks to be the “regional hegemon” and poses “the greatest long-term threat” to regional security and stability, the top U.S. general responsible for American security interests in the Middle East and Central Asia said on Thursday. "We are also dealing with a range of malign activities perpetrated by Iran and its proxies operating in the region," Centcom commander Gen. Joseph Votel told the Senate Armed Services Committee. He also expressed concern about the Iranian Navy’s latest provocative actions, and added that "we have to hold Iran accountable” for harassing the naval forces of the United States and its allies in the Gulf region. Gen. Votel also noted that the alliance between Iran and Russia has had a destabilizing effect on regional stability, particularly in Syria.

Comment: Gen. Votel’s remarks are the latest indication that the Iranian government has not changed its destabilizing behavior in the Middle East despite the nuclear accord it signed with the United States and five other world powers in 2015. Quite the contrary, the Islamic Revolutionary Guards Corps (I.R.G.C.) has expanded its direct military involvement in regional conflicts and depended its ties with terrorist and sectarian militant groups from Afghanistan to Syria, Iraq, Yemen and beyond.

As the Centcom commander noted in his testimony yesterday, the I.R.G.C. Navy has also increased its “unprofessional, unsafe and abnormal” maritime activities and regularly harasses U.S. ships in the Gulf region. Just days ago, the I.R.G.C. sent fast-attack boats close to the U.S.N.S. Invincible in the Strait of Hormuz, forcing the U.S. warship to change course. Last year, the U.S. Navy had a total of 35 encounters with the Iranian naval forces.