Transition in Qatar: Lessons for the GCC States 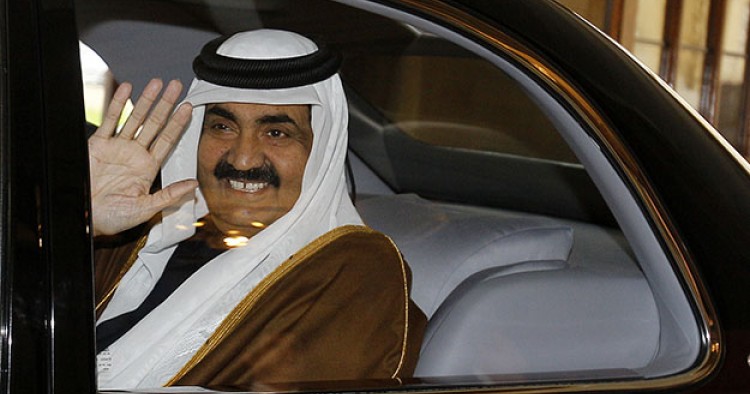 When the young Shaykh Tamim bin Hamad al-Thani became ruler of Qatar last month after his father stepped aside in a seamless transition, one of his first official acts was to seal the generational shift by appointing a new prime minister.

The man he chose, Shaykh Abdullah bin Nasser bin Khalifa al-Thani, is a veteran security official who will also become minister of interior. For the other monarchies of the six-member Gulf Cooperation Council, however, the lessons to be learned from the changes in Qatar lie less in the identities of individuals than in how to perpetuate a dynasty without protest or domestic controversy.

It has been extremely rare in the modern Arab world for a ruler who is in good health and unthreatened by domestic opposition to yield power voluntarily. The outgoing emir, Shaykh Hamad, is only 61 years old. He was often controversial as he spurred once-sleepy Qatar into high-profile ventures such as intervention in the Libyan revolution and open support for the rebels in Syria. Some of his neighbors were unhappy with his sponsorship of Al Jazeera and with the high visibility of his wife, Shaykha Moza, mother of Tamim, which made some Qataris uncomfortable, but by all accounts Hamad was secure on the throne.

“He transformed Qatar from a state struggling to survive to a state with a sovereign and confident stature,” Tamim said of his father. “His highness the father decided to leave his reign while he can give his best. He handed all the banners to me as an expression of confidence.”[1]

All six Gulf monarchies are controlled by families that have ruled for generations, and except in Bahrain none has been threatened by the uprisings known as the Arab Spring. But all except Qatar face corrosive issues of longevity and of power-sharing within the families that could undermine their stability. Some have created respected, self-sustaining institutions of governance, such as the Saudi Arabian Monetary Agency, but stability remains dependent on the competence and popularity of the man at the top. Devolution of power and diffusion of responsibility do not come naturally to aging men accustomed to ruling by decree.

In Saudi Arabia, by far the biggest and most powerful of the six, King Abdullah is nearly 90 and a transition in the near future seems inevitable. His half brother Prince Salman is his designated successor, but whoever becomes king will have to decide whether to follow the example of most of his predecessors and serve as his own prime minister.

Saudi Arabia, a complicated, growing country of about 27 million people, is a cornerstone of the international economy because of its oil exports. It is a member of the World Trade Organization and of the Group of 20 major economic powers. The kingdom faces intractable problems of unemployment, housing shortages, low quality education, and a diminishing water supply. It is probably beyond the capability of any man, of whatever age, to be the country’s head of state, chief of government, and religious exemplar all at once, as Abdullah has been. It would make sense to separate the monarch’s role from that of a trusted prime minister of known competence and integrity who would be seen by the public as committed to improving public services.

But all Saudis over the age of 60 have unhappy memories of the 1950s, when the two jobs were separated in a power struggle between King Saud and his brother, Prince Faisal. The country’s development was inhibited for years by their rivalry. When Faisal prevailed, he re-consolidated the two positions so that the head of state is also the chief operating officer of the government. Each crown prince since Faisal has also held the title of First Deputy Prime Minister, but all true power has resided with the king. Though this arrangement is likely no longer tenable, the al-Saud rulers may cling to it because the alternatives are not appealing.

The rulers do not wish to emulate the example of Kuwait, where the state has been impeded for years by power struggles within the ruling al-Sabah family and between the family and a fractious parliament. The emir, Shaykh Sabah al-Ahmad al-Sabah, 83, took office in 2006 after an intra-family dispute between the al-Jaber and al-Salem branches. He then appointed two men from his Jaber branch to be prime minister and crown prince.

This move resolved the leadership dispute, according to a recent report by the Congressional Research Service, but at the expense of the two branches’ historic agreement to alternate succession between them. “Tensions between the two branches…have since simmered,” the research report noted, “and no permanent alternative mechanism has been agreed to replace the previous power-sharing agreement between them”[2]—a gap that has created an opening for an increasingly vociferous opposition.

Nor are the Saudis comfortable with the arrangements in Bahrain, where they intervened militarily in 2011 to help the ruling family, who are Sunni Muslims, put down demonstrations by the Shi`i majority populace.

Bahrain has been run by the al-Khalifa dynasty since 1793. The current ruler, King Hamad bin Isa al-Khalifa, 63, ascended to the top job in 1999, but the most powerful man in the country has long been his uncle, Prime Minister Khalifa bin Salman al-Khalifa. He has been in office since Bahrain achieved independence in 1971, and was denounced by human rights groups and opposition demonstrators during the 2011 uprising as an uncompromising hard-liner out of touch with the citizens. In March, Crown Prince Salman bin Hamad bin Isa al-Khalifa, who has worked closely with the United States and is perceived to be more flexible than the prime minister, was named first deputy prime minister, an apparent gesture to the opposition.

The problem of centralized power is perhaps most acute in Oman. There the longtime ruler, Sultan Qaboos bin Said, is also prime minister as well as minister of defense, foreign affairs, and finance. At the age of 71, he has no male heir and has not publicly designated a successor.

The sixth GCC country, the United Arab Emirates, operates differently from the others because it represents a union of multiple dynasties.  The chief of state is the ruler of Abu Dhabi, always a member of the al-Nahayan family. The prime minister is the ruler of Dubai, from the al-Maktoum clan. This arrangement threatened to unravel during the first few years of independence in the 1970s, but has since stabilized because Dubai and the smaller emirates accept the primacy of Abu Dhabi, which controls the oil money. Each of the emirates sets its own social policies, such as whether to permit alcoholic beverages, but the central government is responsible for security, defense, and foreign affairs.

The ruling families of the GCC states have long histories of survival and of adaptation to changing circumstances. Those histories began when their dominions were isolated and impoverished and their people were uneducated. Now they face very different circumstances, and discontent is in the air throughout the Arab world.

As Mohammed el-Katiri wrote in a paper published last month by the U.S. Army War College, “the GCC states constitute a mosaic of countries facing much underlying—and until now unresolved—social, geopolitical, and economic conflict potential, including both domestic and external threats to their long-term stability.”[3] Qatar, with a small population, vast natural gas wealth, and no transition issues, seems well-equipped to forge ahead. The others face sterner tests.