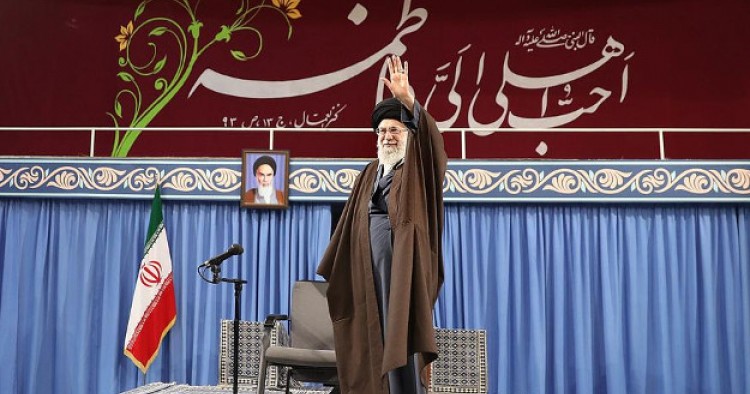 The March 6 arrest of Hossein Shirazi, son of prominent Iraqi Persian cleric Ayatollah Sadeq Shirazi, has triggered protests by non-Iranian Shiites – signifying the inherent tensions between the Iranian state and transnational Shiite clergy institutions. According to sources close to Hossein Shirazi, the Intelligence Organization of the Islamic Revolution Guards Corps (IRGC) arrested Shirazi as he appeared at the Special Clerical Court [Dadgah-e Vizheh-ye Rouhaniat], to defend himself against unknown charges. The Special Clerical Court, which was established on May 24, 1979, resembles the Inquisition within the Catholic Church, and prosecutes alleged heretics and religious nonconformists among the Shiite clergy.

Shirazi, who was previously summoned to the Special Clerical Court on September 9, 2013, and on October 7, 2015, appears to have been prosecuted for a lecture in which he criticized Iran’s war with Iraq in the 1980s and likened the  position of Iran’s Supreme Leader Ali Khamenei to that of the “pharaohs,” who saw themselves beyond any criticism or accountability. Shirazi also denounced the doctrine of Velayat-e Faqih [Guardianship of the Jurist] and described it as heresy against God. In the lecture, Shirazi also contradicted Khamenei’s ban against Tatbir, the practice of self-harm by a sword to commemorate the martyrdom of Imam Hussein. “Tatbir is the aqdas al-moqadassat [holiest of the holy],” Shirazi said.

In reaction to the arrest, followers of Ayatollah Shirazi assembled in front of the Iranian consulate in Karbala, Iraq, on March 8, chanting slogans against Iran’s supreme leader: “Death to Khamenei,” “Death to the dictator,” and “No to the pharaoh!” On March 9, four followers of the Ayatollah stormed the first-floor balcony of the Iranian embassy in London and took down the Iranian flag.

Comment: The Islamic Republic has traditionally managed to utilize the transnational nature of the Shiite clerical institutions to broaden its sphere of influence beyond Iran’s borders. However, the heterogeneous nature of the Shiite clergy and multitude of interpretation of the holy law among clerics create a constant tension between individual clerics and the regime in Tehran, which desires to secure religious orthodoxy and thereby political control.

The Shirazi family were not always critics of the regime in Tehran as they played an active role in the Islamic Republic’s “export of the revolution” infrastructure.

In the 1970’s and 1980’s, the late Ayatollah Mohammad Shirazi, Hossein Shirazi’s paternal uncle, put his entire clerical infrastructure in Bahrain, Kuwait and Pakistan at the disposal of the Iranian revolutionaries. The Ayatollah’s nephews Hadi al-Moarresi and Taqi al-Moarresi were instrumental in mobilizing the Arab Shiites for the Khomeinist cause by radio broadcasts from Tehran in Arabic and by other means.

It was only when Ayatollah Mohammad Shirazi and his nephews got entangled in the internal struggle for power in Iran – and found themselves on the losing side of those struggles – that they took a critical stance against the regime because they found themselves marginalized.