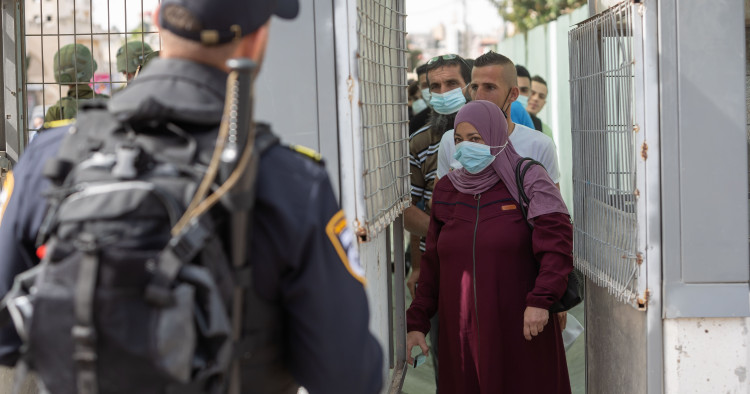 On Dec. 21, 2020, the United States Congress passed the Nita M. Lowey Middle East Partnership for Peace Act. The new law provides $250 million over five years to expand peace and reconciliation programs between Israelis and Palestinians as well as to support projects bolstering the Palestinian economy. This legislation is the result of over a decade of advocacy by the Alliance for Middle East Peace (ALLMEP) toward the creation of an International Fund for Israeli-Palestinian Peace. The legislation was advanced by Representatives Nita Lowey (D-NY) and Jeff Fortenberry (R-NE) along with Senators Chris Coons (D-CT) and Lindsey Graham (R-SC) and signed by former President Donald Trump.

The law has been lauded by a broad array of American organizations, including: AIPAC, American Jewish Committee, Anti-Defamation League, Israel Policy Forum, J Street, and the Democratic Majority for Israel, many of which actively lobbied for its passage. And yet Palestinian officials and civil society leaders, along with Palestinian rights advocates in the United States, have largely remained silent on the law. Why? It is not because they do not support peace and reconciliation or genuine economic development. Rather, the answer lies in a more fundamental question: Is reconciliation even possible in the context of military occupation and when none of the underlying causes of the conflict have been resolved?

The answer to this question is multi-dimensional. It touches on both the micro and macro levels, starting with the historical context of the Oslo Accords while keeping an eye on the question of whether peacebuilding defined only by the power holders is sustainable in this context. The following analysis draws on my academic background in conflict analysis and resolution, my professional experience advising and supervising peacebuilding programs for two decades, including as an implementer and director for two grants for the Conflict Mitigation and Management (CMM) programs of USAID, as well as my own lived experiences as a Palestinian, an American, and an Israeli citizen. Based on the conflict analysis and resolution literature and my own experiences in the area of peacebuilding, such programs are unlikely to be effective because the whole approach on which they are based is structurally flawed in two critical ways: first, because it is disconnected from local political, social, cultural, and economic processes and expectations; and second, because it tends to reinforce the inequalities that sustain the conflict between the two sides while undermining the declared goals of this intervention.