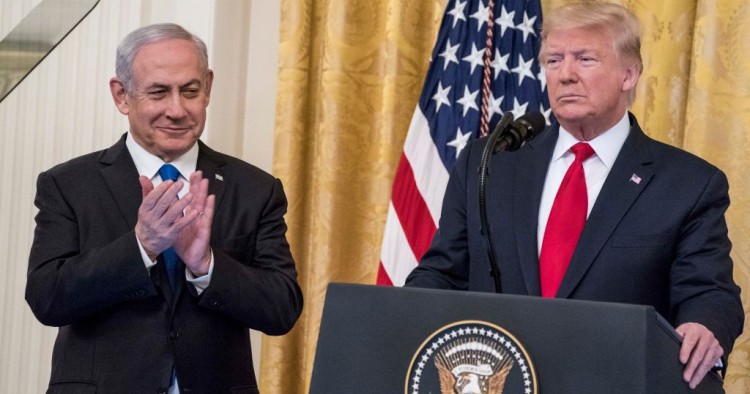 One of the more insidious computer infections is known as a Trojan horse, which, like its historical namesake, can only carry out its nefarious task by tricking the user into accepting it. In the world of computers, a Trojan horse is malware designed to mislead users about its true intent. The same is true of U.S. President Donald Trump’s plan to resolve the Israeli-Palestinian conflict, officially unveiled at the White House on Tuesday.

After nearly two years of delays and endless speculation, and with a beaming Israeli Prime Minister Benjamin Netanyahu standing by his side, Trump finally released his so-called “deal of the century” at an elaborate White House ceremony. Palestinian leaders, who had already rejected the plan sight unseen and have refused to deal with the Trump administration since its recognition of Jerusalem as Israel’s capital in December 2017, were not invited to the unveiling.

At first glance, the plan appears to have an air of reasonability. It talks of a “realistic two-state solution” to the Israeli-Palestinian conflict, pledges an unprecedented $50 billion in investment, and even mentions the words “Palestinian capital” and “Jerusalem” in the same sentence. Beyond the thin veneer of acceptability, however, is a far more insidious program that is designed to do away with a genuine two-state solution while normalizing permanent Israeli occupation and annexation within a de facto one-state reality.

With its glossy cover, talk of a two-state solution, and the promise of billions of dollars in investment, Trump’s peace plan is little more than a piece of political malware masquerading as a credible diplomatic initiative. The goal is not to bring about peace but to normalize the status quo, including Israel’s military rule over millions of Palestinians, and render it permanent.