Turkey and the UAE: A strange crisis 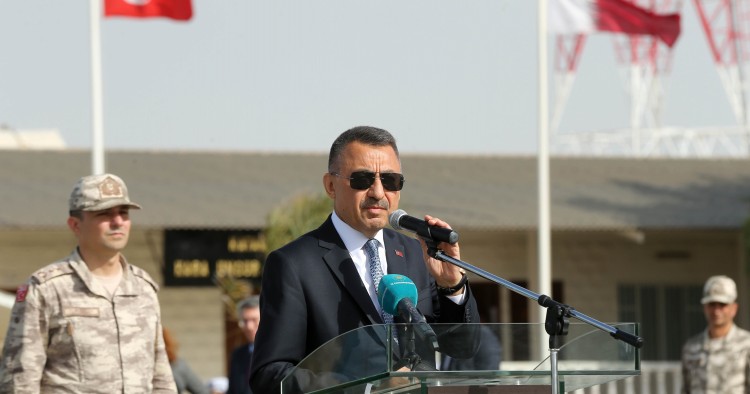 On April 19, Turkey arrested two suspects accused of spying for the United Arab Emirates (UAE), the latest incident in what has become a worsening crisis in relations between the two countries. It is unclear exactly what happened, but there are Emirati dissidents living in Turkey, and the UAE may have been trying to keep track of their activities. This accusation is not in and of itself especially damaging; indeed, Turkey is frequently accused of spying on its citizens in other countries. More seriously though, Turkey has also accused one of the suspects of being involved in the murder of Jamal Khashoggi in the Saudi consulate in Istanbul in early October 2018. If proven, this accusation might link the UAE to Khashoggi’s murder and could tarnish its international image. The case took another turn on April 28, when one of the suspects, Zaki Y. M. Hasan, was found dead in his cell. The Turkish authorities claim he committed suicide, but Hasan’s family disputes this. However the case unfolds, it certainly won’t help resolve the downward trajectory of Turkish-Emirati relations, which have gotten markedly worse of late.

Relations take a turn for the worse
As this latest incidence makes clear, bilateral relations continue to deteriorate, and neither side seems interested in improving them. However, this negative turn in Turkey-UAE relations is only a recent development. The two countries nurtured strong ties until the 2010s: The UAE ranked among Turkey’s top trading partners in the Arab world and was a major source of foreign direct investment. The UAE had no Ottoman past, unlike many other Arab states, and hence no tragic historical memory of the Turks. Turkey’s increasing diplomatic activism in the Middle East in the 2000s was also less of a worry for the UAE than it was for the region’s larger powers, such as Iran, Saudi Arabia, and Egypt. The UAE may even have entertained the idea that a more active Turkey could balance its larger neighbors and thus provide the UAE with more diplomatic room to maneuver.

Yet, by 2010 the seeds of the current crisis had been sown. In the 2000s Turkey and the UAE had adopted opposite stances toward the Muslim Brotherhood. As part of its broader foreign policy objective of playing a leadership role in the Muslim world, Turkey had strengthened its ties with the Muslim Brotherhood and other major religious movements. The Islamist background of Turkey’s ruling Justice and Development Party (AKP) inspired this policy and facilitated its realization. In the 2000s Turkey became a major hub for Islamist figures to meet and discuss the common problems of the ummah. Inversely, the UAE had been waging what its de-factor ruler, Abu Dhabi Crown Prince Muhammed bin Zayed, called “a cultural war” against the Muslim Brotherhood, purging or marginalizing the movement’s members and sympathizers in educational and state institutions.

Impact of the Arab Spring
The Arab Spring turned what had been a minor difference into a fundamental one. Turkey embraced the Arab Spring, calculating that it would sweep away the Arab world’s culturally alienated ruling elites and bring the Islamists to power, with whom its ruling party shared an ideological kinship and a similar vision for the Middle East and the broader Muslim world. The UAE, however, was cautious about the Arab Spring, suspecting that it might embolden the Muslim Brotherhood and lead it to demand political reforms that could undermine rulers’ hold on power. To prevent that from happening, the UAE began to crack down on the movement in late 2011, launching a punitive campaign that culminated in its November 2014 declaration of the Muslim Brotherhood as a terrorist organization.

Turkey and the UAE’s differences over the Muslim Brotherhood were perhaps clearest in their opposite reactions to the military coup in Egypt, which toppled the Muslim Brotherhood-affiliated Mohammed Morsi in July 2013. Turkey reacted harshly to the coup and the subsequent suppression of the Brotherhood, breaking ties with Egypt in November 2013. The UAE, by contrast, rushed to the aid of the new regime, providing generous diplomatic and financial support and facilitating its consolidation.

A growing rift
In the years since, the two sides have not made attempts to overcome the growing rift. To the contrary, both Turkey and the UAE have taken actions that have expanded it. Turkey has become a safe haven for members of the Muslim Brotherhood escaping persecution in Egypt, and a number of Emirati Muslim Brothers have settled there as well. More seriously, however, Turkey has strongly backed Qatar in its dispute with the UAE, Saudi Arabia, Bahrain, and Egypt after they broke off diplomatic relations and imposed a total blockade on the emirate. Turkey not only sent food supplies to Qatar by plane, thus alleviating the blockade’s immediate impact, but also passed a law that authorized the government to deploy troops there. The closure of the Turkish military base in Qatar is one of the conditions the UAE and its allies put forward to resolve the crisis.

On the Emirati side of the rift, the UAE joined Saudi Arabia in developing stronger ties with the People’s Protection Units (YPG), considered by Turkey to be the Syrian branch of the Kurdistan Workers’ Party (PKK), and thus a security threat. Turkish pro-government media regularly brings up the issue of Emirati and Saudi support for the YPG. Most recently, for example, Yeni Safak alleged that the UAE and Saudi Arabia have provided the group with $1 billion in aid.

Moreover, the UAE has openly and repeatedly criticized Turkey. The UAE’s minister of foreign affairs, Abdullah bin Zayed al-Nahyan, for example, declared, “Whether from Iran, Turkey, or Israel – attacking Arab lands, Arab interests, and interfering in Arab affairs is what we are working to face resolutely.” It is noteworthy that this statement came right after Turkey captured Afrin from the YPG. More recently, the UAE’s minister of state for foreign affairs, Anwar Gargash, said the UAE objected to Turkey’s plan to set up a safe zone in northern Syria, adding that the Syrian Kurds must be protected from Turkey.

Dashed dreams
Turkey’s dreams for the Middle East might once have been troubling for the UAE, but they have long since been dashed. In the aftermath of the coup in Egypt, its ambitions have become much more limited, and are no longer about trying to nurture leadership of the Middle East through the Muslim Brotherhood. Even the officials that tried to realize those dreams have long since lost their influence over Ankara’s foreign policy. In other words, the root cause of the current crisis is no longer a major issue, and the severity of the dispute may be greatly exaggerated. All it might take to resolve the crisis is some political goodwill on both sides. Unfortunately, that seems to be in short supply at the moment.

Birol Baskan is a non-resident fellow at the Middle East Institute and the author of Turkey and Qatar in the Tangled Geopolitics of the Middle East (Palgrave, 2016). The views he expresses are strictly his own.