Is Turkey Finally Ready to Aid Military Strikes Against ISIS? 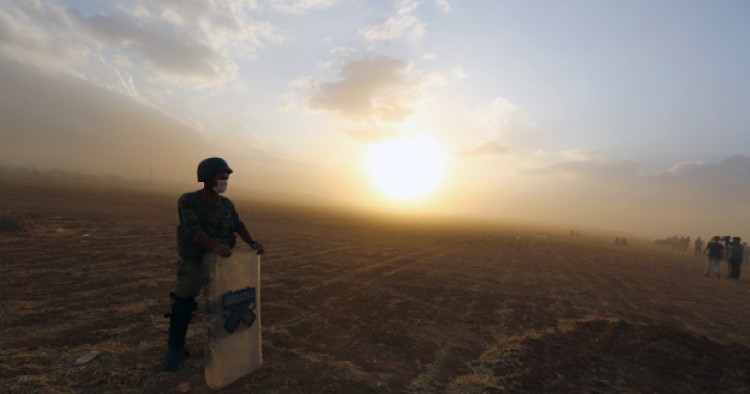 This article was first published on CNN.

Turkey, a key U.S. ally and a NATO member that borders the territory captured by ISIS, which now calls itself the Islamic State, in Syria and Iraq, could play a critical role in the U.S.-led military assault against the jihadist group.

Ankara has the second-largest army in NATO and hosts an American airbase. Turkish forces could participate in the U.S.-led bombing, or Ankara could allow the United States to use the Incirlik airbase in southern Turkey to stage the attacks.

But Turkey prefers to play a secondary role. Citing its concern over the fate of 49 hostages who were captured by ISIS when the group seized Mosul in June, it limited its role to stemming the flow of foreign fighters, tightening border security, and cracking down on ISIS's oil-smuggling networks.

The hostages were released over the weekend following what Turkish President Recep Tayyip Erdogan described as a "covert rescue operation."

Now that the Turkish government's thorny dilemma has been resolved, will Ankara change its stance?

To the delight of its Western allies, Turkey signaled a possible change in policy on Tuesday when Erdogan said "Ankara could give military or logistical support to U.S.-led air strikes against Islamic State insurgents in Syria."

But the Turkish president's change in tone is more likely to be, not a change of heart, but rather an attempt to allay international criticism that has been mounting since U.S. President Barack Obama laid out his strategy to fight ISIS. The release of the hostages might have removed a major obstacle to Turkey's playing a frontline role in the U.S.-led anti-ISIS coalition, but there are many more.

Ankara and Washington have different priorities in the conflict. Washington is primarily concerned about the rise of ISIS and views the conflict through the lens of counter-terrorism. Hit hard by the ongoing civil war in Syria, Turkey sees ISIS as a symptom of the brutality of an illegitimate regime in its neighboring country that has posed Ankara far greater challenges.

The Syrian civil war has dealt a blow to Turkey's image as a regional superpower that mediates regional conflicts and pursues a non-sectarian foreign policy.

Continue reading this article on CNN.