Turkey, the Gulf, and Libya: The economic impact of a growing geopolitical divide 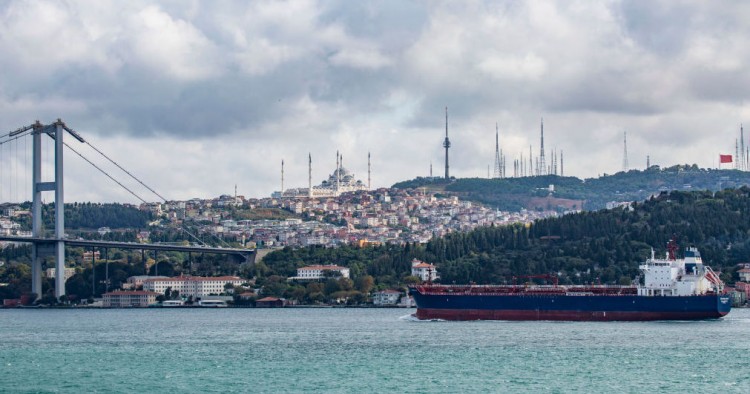 Turkish support for the Tripoli-based Government of National Accord (GNA) in the Libyan civil war has added a new dimension to relations between Turkey and Gulf countries like the United Arab Emirates (UAE) and Saudi Arabia. But what impact have the growing geopolitical divides and diplomatic disagreements had on Turkish-Emirati and Turkish-Saudi economic relations?

Turkish backing for the GNA directly conflicts with Emirati and Saudi support for Khalifa Hifter’s self-styled Libyan National Army (LNA) and marks the continuation of a broader ideological and political rift between Turkey, on one side, and the UAE and Saudi Arabia, on the other. These rifts have existed since the Arab Spring revolutions of 2010-12 and continue today, as the Libyan civil war makes clear.

Such crises expose Turkey’s ideological and geopolitical differences with Saudi Arabia and the UAE. However, Saudi and Emirati economic policies and responses toward Turkey reveal significant divergence. Geopolitical rifts between Ankara and Abu Dhabi are mirrored in strained Turkish-Emirati economic relations, whereas the opposite is true for Ankara and Riyadh — Turkish-Saudi economic relations remain steady and stable, despite their diplomatic differences.

While Turkish bilateral trade with Saudi Arabia and the UAE increased in previous years, Turkish exports to the UAE declined drastically between 2017 and 2018. This had a significant impact on Turkey’s trading patterns, as the UAE had previously been its third-largest export market, after Germany and the UK. While this took place against the backdrop of Turkey’s 2018 economic crisis, the impact on trade flows with the UAE — a 66 percent decline in Turkish exports and 32 percent drop in Turkish imports — was much larger than the effect on overall trade. Meanwhile, Saudi exports decreased by only 4 percent from 2017 to 2018, despite Riyadh’s outcry over Ankara’s pro-Qatar stance during the Gulf Crisis and actions following the murder of Saudi journalist Jamal Khashoggi.

Like trade flows, Saudi foreign direct investment (FDI) in Turkey has also remained broadly stable despite the two countries’ disagreements over the Libyan civil war. While Saudi FDI decreased by 17 percent in 2018, it occurred at the same time as a broader overall decline in FDI of eight percent, resulting from Turkey’s 2018 economic crisis and the devaluation of the lira. Saudi FDI in Turkey recovered the following year despite ongoing issues, and it remained unchanged at $3 million from early 2019 to the same period in 2020 amid disagreements over the Libyan civil war.

In May 2019, Saudi Crown Prince Mohammed bin Salman reportedly expressed his intent to confront Turkey after the 2018 Khashoggi murder by reducing investments and trade. Despite the reports, however, Saudi investments in Turkey continued to be announced in 2019. SAK Consultants in Saudi Arabia announced a $100 million investment in the Turkish agriculture and real estate sectors amid the outcry against Turkey, and SAK executives claimed that politics and economics “should differentiate.” This sentiment seems to be shared by the Saudi government, as Turkish-Saudi trade and investment have remained steady amid the geopolitical differences.

By contrast, Emirati FDI in Turkey, like bilateral trade relations, has been more reactive to Turkish-Emirati geopolitical and ideological differences. Earlier this year it was down 88 percent against where it was at the same time last year. On Jan. 5, President Recep Tayyip Erdogan deployed troops to Libya in direct conflict with Emirati interests. During the same period Emirati FDI fell to zero and increased by only $2 million by March of this year. The decrease occurred before concerns over COVID-19 mounted, in line with a common Emirati trend of responding economically to diplomatic differences with Turkey.

The stable Turkish-Saudi economic relationship seems to be safeguarded by President Erdogan. Even during tense moments, he has been careful not to provoke Saudi Arabia. During the 2017 Gulf Crisis, President Erdogan’s caution was evident when he referred to Saudi Arabia as the “elder statesmen” that had the power to end the crisis. During the 2018 dispute over the murder of Khashoggi, he claimed he has “no reason to doubt King Salman’s honesty.” While the two sides have avoided economic confrontation thus far, there is still a deep disagreement over their respective roles in the Libyan civil war.

The Muslim Brotherhood and the Gulf Crisis

The UAE’s strong opposition to the Muslim Brotherhood has caused it to directly challenge Turkish support for the movement. This challenge has manifested in alleged Emirati financial support for the attempted Turkish coup in 2016. While Saudi Arabia and Turkey avoided direct confrontation during the Khashoggi affair, accusations of Emirati involvement in the 2016 coup attempt solidified the volatile political relations between the two countries. After the failed coup attempt, the UAE’s economic relations with Turkey initially increased. That changed the following year, however, when Turkey backed Qatar in its dispute with the UAE and Saudi Arabia over its alleged support for Islamist groups, after which both Emirati FDI into Turkey and Turkish exports to the UAE fell. The UAE has directly challenged the Turkish government as a result of its longstanding disagreements surrounding the Muslim Brotherhood and Islamist governments, and the state of bilateral economic relations reflect such tensions.

As the UAE reassesses its involvement in Libya in light of the LNA’s recent setbacks and its broader strategy of containing Turkey, Saudi Arabia will likely remain in step with the Emiratis. Saudi Arabia has adopted the Emirati geopolitical strategy, but its economic relationship with Turkey does not align with that policy. If economic relations between Saudi Arabia and Turkey remain stable going forward, that may well create friction between the Emiratis and Saudis.

The future of Turkey’s relations with Saudi Arabia and the UAE is not contingent merely on the Libyan civil war. Their relationships are complex and multifaceted. However, the issue of Libya is currently the most visible point of dispute and source of tensions between the two sides. The GNA’s recent victories and the subsequent talk of a potential cease-fire could ease the friction in the relationship, although that will surely depend on the sustainability of the solution.