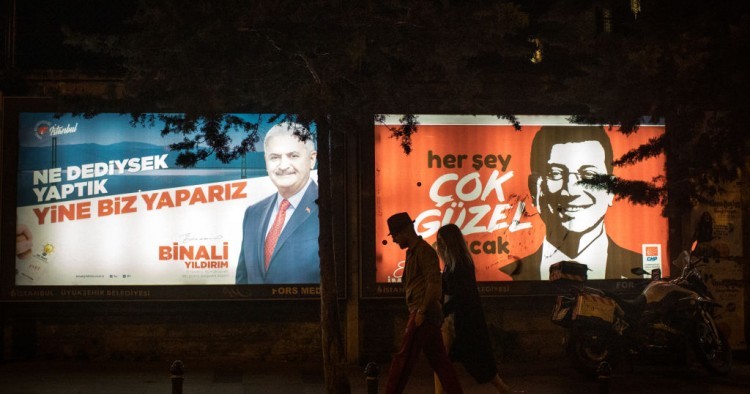 After almost two decades of rule by the Justice and Development Party (AKP) and its leader President Recep Tayyip Erdogan, Turkey has experienced major institutional, political, and social transformations. While the AKP’s early years were marked by democratic reforms and socio-economic achievements, the country has undergone dramatic autocratization in the party’s second decade of rule. The AKP and its leader have monopolized power, undermined democratic institutions, suppressed civil society and dissent, and committed violations of freedom of expression. In recent years, an expanding body of research and analysis has argued that Turkey is shifting toward authoritarianism and underlined the dismantling of democratic checks and balances in the country. Although these analyses are useful in taking a screenshot of what has been going on, there is another side to the story, one that still gives us hope for the re-establishment of democracy and the rule of law in the near future.

As a starting point, political dissent remains resilient despite unprecedented politico-juridical domination of anyone who dares to speak out against the government, aka Erdogan. Democratic resilience in the country includes various actors: non-coopted civil society, political movements, social movements, and individuals in the streets as well as widely known and still-vocal intellectuals. Despite all the pressure, silencing, exclusion, criminalization, and fragmentation by the government, there is still a vibrant opposition in the country and the vote margin between the opposition and the ruling bloc has narrowed significantly over the past few years.

In the 2019 municipal elections, newly-forged electoral alliances among different ideological factions within the opposition camp and new discursive strategies resulted in major victories, with the most of the large metropolitan areas voting for opposition candidates. Among them, Istanbul, Turkey’s biggest city and economic powerhouse, accounting for almost a third of the country’s GDP in 2017, was an important symbolic victory with a 10-point margin in terms of votes cast in the June re-run. While this electoral victory has since strengthened the “hope for change” among voters, it has also mobilized the opposition political party headquarters. Now more than ever, there is a widely felt and desired hope for change that can reclaim democracy via elections and municipalities.

Political parties as platforms for opposition

Anyone who follows Turkey would acknowledge the severity of the government’s suppression and criminalization of civil society activities. As a result of this extensive curtailment of non-governmental activities, political parties have become the main agents and platforms for opposition against the government. Especially since 2015, political polarization has created two competing blocs in the country, with one including the allies of Erdogan and the other including a diversity of actors that contest his policies. While the former coalition enabled the forging of the populist authoritarian regime we see today, the latter strived to find new strategies and discourses to continue its fight against populist authoritarian governance. (In the aftermath of their success in the last local elections, the latter’s strategies have subsequently been modeled by various opposition parties across Europe, such as in Hungary and Poland, to fight against populism in their own countries.) The AKP and its far-right ally, the Nationalist Action Party (MHP), have been ostensibly challenged by the electoral alliance, involving the Republican People’s Party (CHP), Good Party (IYI), Felicity Party (SP), and the pro-Kurdish Peoples’ Democratic Party (HDP). Recently, two new actors, the Future Party (GP) and the Democracy and Progress Party (DEVA), founded by former AKP elites, Ahmet Davutoğlu and Ali Babacan respectively, joined the anti-AKP bloc and supported the opposition’s primary demand for a return to “democratic order.”

The role of civil society

Although there are growing concerns over Turkey’s elections due to the politicization of judicial oversight, citizens have set up civil organizations, such as “Vote and Beyond” (Oy ve Otesi), that have mobilized tens of thousands of volunteers across the country to monitor the voting and vote-counting processes at almost every polling station. Such citizen-led initiatives, without leadership or funding from major political outlets, have emerged in response to growing threats to the viability of fundamental democratic rituals and played a vital role in ensuring the security, credibility, and fairness of elections.

Although street protests have been criminalized and widely curtailed by the AKP, various political and civil groups have continued to assert their constitutional rights and have staged protests to restore democracy and justice in the country. In June 2017, the leader of the largest opposition party CHP, Kemal Kilicdaroglu, initiated “the Justice March” under the slogan of “Rights, Law, Justice.” The march started from the capital, Ankara, and ended around 250 miles later in Istanbul and drew the support of large segments of the opposition. Kilicdaroglu’s march was inclusive and reflected the transformation of the CHP from a representative of “assertive” secularism to a democratic center-left party. In June 2020, on the third anniversary of the CHP’s Justice March, the pro-Kurdish HDP also started a “Democracy March,” beginning from the southeastern and northwestern corners of the country, to highlight the plight of Kurdish communities in the southeast and the unfair imprisonment of the HDP’s former co-chair and presidential candidate, Selahattin Demirtas.

In addition to these activities by political parties, in June 2020, the chiefs of most of Turkey’s bar associations marched to Ankara from various cities around the country to protest planned AKP amendments to the legal status of the bars and attorneys. Along similar lines, the women’s movement continues to exert its ever-growing power by organizing both online and street protests and staunchly resisting proposed changes to the legal status of women in the country. They have been in the streets to demand justice, equality, democracy, and liberty in the face of brutal femicides and fundamentalist calls to dismantle laws protecting women and children. Every year, despite police pressure and violence, thousands of women throughout the country take to the streets on March 8, International Women's Day, and demonstrate the power of unified and organized women. Recently women poured into rallies across Turkey to protests Ankara's potential withdrawal from a European treaty — widely known as Istanbul Convention — on gender-based violence. Despite lobbying by Islamist groups, women’s associations, including the Women and Democracy Association (KADEM) founded by the president’s daughter, Sumeyye Erdogan Bayraktar, have expressed their support for the Convention and seem to have turned the tide.

Disillusionment among the youth

As a final point, it now seems that Erdogan’s Muslim nationalism has not been widely accepted by the younger generation — even among the children of those who consider themselves pious or conservative. Youth in Turkey suffer from intense uncertainty, high rates of unemployment, almost incessant changes to the educational system, and the violation of their personal liberties. Our recent research suggests they harbor deep suspicions of the political establishment and are in search of new political strategies that promise them more freedom and integration with the world. 13 million-strong, Turkey’s younger generation demand job security and freedom first and foremost.

All in all, Turkey’s democratic resilience, as revealed in both civil society and the political realm, underlines the country’s potential for re-democratization in the near future. This democratic resilience, despite the hurdles imposed by growing authoritarianism, deserves praise, and this commitment to democratization should also help to stabilize Ankara’s relations with the West. (Even now, popular support for Turkey’s EU membership remains strong, at 51 percent, according to a recent poll by Kadir Has University.) Moreover, Turkey’s opposition has embraced innovative strategies aimed at taking on the populist government and may provide a model for democratic movements struggling with populists around the world. As political parties, bar associations, NGOs, and women come together, they will forge a new path toward democracy.

Seren Selvin Korkmaz is a Non-Resident Scholar with MEI's Turkey Program, a political analyst, and the executive director of IstanPol Institute, an Istanbul-based think tank. She is also a doctoral researcher at Stockholm University Institute for Turkish Studies and teaches Turkish and Middle Eastern politics. The views expressed in this piece are her own.