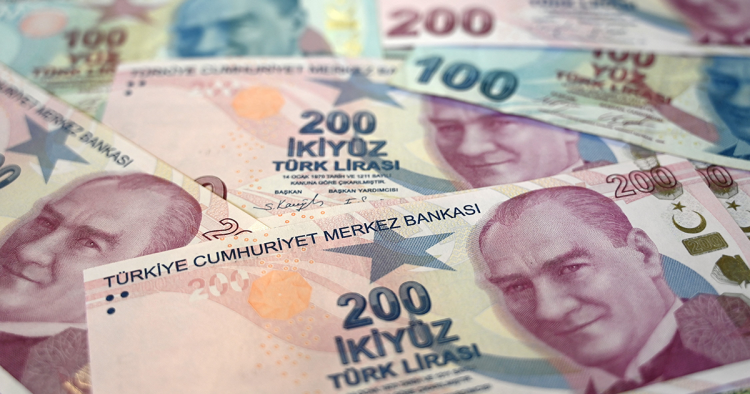 Turkey’s economic problems continue to go from bad to worse. Its foreign trade deficit has reached a monthly average of $8 billion this year. Amid the sharp rise in global energy prices this spring following Russia’s invasion of Ukraine, the country’s average gross energy imports shot up from $3-4 billion per month to $7-8 billion. A reduction in energy imports and the recovery of tourism this summer have not offset this, and the current account deficit, the difference between imports and exports for all types of goods and services, continues to widen. According to the latest figures, the deficit reached $6.5 billion as of May and this trend may worsen in the fall. An annual deficit of $40 billion is expected for the next year.

The foreign trade imbalance is not the only problem, however; a considerable amount of short-term external debt is also looming on the horizon. A total of $182.4 billion of debt in hard currencies must be paid back or rolled over in the next year. The Turkish economy needs at least $220 billion in the coming 12 months. There is another factor adversely affecting Turkey’s external balance as well, which is the appreciation of the dollar against the euro. While 58.4% of external debt and 71.2 % of imports are in dollars, Turkey’s revenues from exports and tourism are mainly in euros. As a result, all else being equal, the external deficit is rising once again.

Capital inflows are tiny compared with outflows. Banks and big corporations still have direct access to external funding, but the Turkish Treasury is avoiding borrowing from international markets as the near-term outlook is negative for emerging-market energy importers. In any case, the cost of fresh debt will be above 10% as the yields on 10-year U.S. Treasury bonds are nearly 3% and Turkey’s perceived risk only continues to increase. The credit default swap (CDS) premium, paid annually to guarantee redemption of five-year dollar-denominated Eurobonds, is hovering around 8.5%. To sum up, external finance channels are still open, particularly for corporations and financial institutions, but costs are very high. There is no expectation that market rates for the U.S. will decline given the 40-year record high inflation rate (9.1%) and the Turkish government’s insistence on maintaining unusual economic policies (whereby the policy rate is 64.6% lower than inflation).

The Central Bank of the Republic of Turkey’s (CBRT) gross foreign exchange (FX) and gold reserves total $100.9 billion. When its foreign currency liabilities are omitted, the net reserves are $7.5 billion. However, most of its reserves do not officially belong to the CBRT. Instead, $22.9 billion of them are owned by other central banks, including those in Qatar, the UAE, South Korea, and China. Additionally, $38.9 billion of the reserves belong to commercial banks in Turkey. When both of these are deducted, along with existing swap agreements, the net reserves are $-54.3 billion. As this makes clear, the CBRT has almost no room to control the depreciation of the Turkish lira by selling FX reserves. Moreover, most of the $41.2 billion in gold reserves are stored in Turkey, not in a financial center like London or New York; thus, using them as collateral for borrowing is difficult. The recent improvement in relations with Saudi Arabia and the reciprocal visits by Turkish and Saudi leaders have so far not provided any new resources, such as a swap agreement, foreign direct investment, or direct lending to the Turkish Treasury.

In addition to the veiled FX reserve sales policy, a new mechanism for FX-protected deposits was introduced in December 2021. While it did not initially gain much attention, subsequent entreaties and warnings to the corporate and financial sectors led to a significant increase in its size, reaching a total of $62.4 billion as of early July. The major aim of this mechanism is to provide a guarantee to bank depositors who keep their savings in Turkish lira (TL) in case of further depreciation of the local currency, with the Turkish Treasury or CBRT paying the excess between the exchange rate change and the yield. Even though it dramatically weakened the budget balance of the central government, financial stability has been maintained in a very low policy rate (14%) environment. The current consumer inflation rate is 78.6%, the producer inflation rate is 138.3%, and the market expectation for the consumer price index (CPI) for the next 12 months is 40.2%. On first glance, this mechanism was only partially successful despite its significant side effects: It prevented greater dollarization but failed to achieve the goal of converting large numbers of FX accounts to lira. More than half of total deposits in Turkey — 56.3% — are held in foreign currency or gold, and a further 15.1% of them are in FX-protected deposits. Thus, the total rate of deposit dollarization is a record high of 71.4%. Deposit interest rates of around 20% and a lack of confidence in the government are the primary reasons for this.

The government’s main goal is to win the next election, but the economy is making this increasingly difficult. Economic activity is slowing and more stimulus is needed to increase households’ purchasing power. There are two main tools to accomplish this: additional government spending and real credit growth. However, both tools will not only promote economic growth but will also create foreign exchange demand as a severe side effect. Therefore, the government wants to open credit channels for only the real sector and close the doors to speculators borrowing TL and investing in FX.

New instructions were announced by the Banking Regulation and Supervision Agency to limit access to cheap credit. Companies under the obligation of external audit can borrow TL loans if their FX financial assets do not exceed 10% of their sales or total assets. It is a kind of capital restriction for the real sector and an alert that stricter capital controls are likely coming. This decision has resulted in two separate outcomes: The first is converting excess FX amounts to TL to obtain cheap loans and the second is canceling investment plans as worries about capital controls grow. Ministers and bureaucrats have repeated many times that there will be no tighter capital controls as the Turkish economy is dependent on raw material imports to produce its industrial exports. Nevertheless, the continuous extension of regulations and limitations on the sources of foreign exchange undercut these official statements and make them less convincing.

Another tool to promote economic activity is new government spending. There have been no new public investments or social transfers so far. The main reason for this is the dramatic increase in budget expenses due to the depreciation of the Turkish lira. Of the central government’s debt, 67.7% is in FX or gold terms, while just 11.6% is linked to CPI. Public-private partnership projects have FX-denominated payment guarantees. Salary increases for civil servants and pensioners are around 50% as both are semi-indexed to CPI, but this is well below the current consumer inflation rate of 78.6%. In brief, rising costs are resulting in a deteriorating fiscal balance in the absence of extra transfers and investments.

A substantial new budget, almost as big as the initial full-year budget at 86% the size, was proposed in June. This does not mean new expenditures, however; instead, the government is trying to find more sources to fund its budget deficit. Since households are reluctant to buy government bonds given their 24% yields, only banks will participate in new bond issuances. However, demand from banks depends on how much cheap lending the CBRT provides to them, that is to say, whether the CBRT will pursue monetary expansion, which will result in heavy TL depreciation. If it does so, greater credit growth and new public expenditure will bring about a sharp depreciation of the Turkish lira.

Turkey is stuck between capital controls, TL depreciation, and sluggish growth. The government has to choose at least one of these, meaning that either tighter capital restrictions, a currency crisis, or a loss of economic momentum will be inevitable unless a big new source of FX is found. Insisting on the same policies will result in a balance of payments crisis, which is the inability to redeem foreign currency debts and pay the bills for imported goods, as was seen recently in Sri Lanka. The ruling party and its leader have been known to be pragmatic and flexible when needed, yet so far there has been no shift in policies. This comes at a time when global conditions are only making things more difficult for Turkey.

Despite mid-year salary raises for civil servants, pensioners, and minimum wage earners, purchasing power is declining as Turkey is in an inflationary spiral. The lack of necessary FX resources and the government’s desire to promote growth will not only lead to a new currency crisis but a balance of payments crisis is also likely as well. The credit rating for Turkey’s sovereign bonds is the lowest since 2002 and rating agencies’ outlook is still negative.

If the government does not stop its current policies, the outcome will be a sudden stop, a sharp decrease in output, and a credit crunch, resulting in a swift reduction in loans. Therefore, in addition to runaway inflation and currency depreciation, economic activity will stop, leading to a spike in unemployment. Recent opinion polls suggest the incumbent president’s re-election is far from secure. Trying to avoid early elections will only increase the social tension. The second half of the year will probably be disastrous for the Turkish economy and the political consequences will be dramatic and inevitable. It will be almost impossible to maintain economic stability until the scheduled elections in June 2023.

M. Murat Kubilay is an independent financial advisor on the Turkish economy and a non-resident scholar with MEI’s Turkey Program. The opinions expressed in this piece are his own.