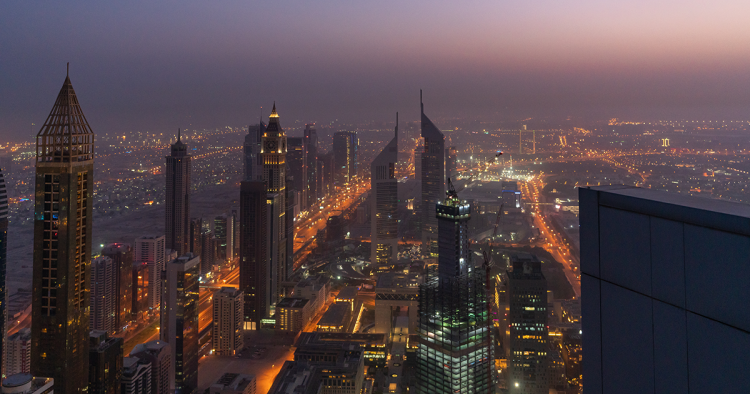 The United Arab Emirates (UAE) is laying the groundwork for regional supremacy in artificial intelligence (AI). By fostering a web of novel institutions and partnerships, the Gulf state aims to augment its capacity to execute lofty AI policy initiatives. Further signaling its resolve, Abu Dhabi is lavishing the nascent sector with a host of incentives: financial privileges, office space, and even health care coverage.

The embrace of AI comes as the UAE is cultivating emerging technologies as a means of boosting and diversifying its rentier economy, as well as signaling its innovation capacity and viability as a global trade powerhouse. To achieve this aim, the Emirati government is investing vast sums into its cybersecurity, cloud computing, and space technology sectors.

In October 2017, the UAE launched its opening foray into AI policymaking with the release of the UAE Strategy of Artificial Intelligence. The strategy touches upon potential AI applications in nine sectors: transportation, health, space, renewable energy, water, technology, education, environment, and traffic. Among other measures, the document stipulated the formation of a council with broad oversight over AI policy implementation.

To support implementation of its AI strategy, the UAE cabinet established a ministerial post to manage its growing AI portfolio. The cabinet chose Omar bin Sultan al-Olama, then 27 years old, to serve as the inaugural state minister for AI. Since assuming office, al-Olama has rolled out various measures to boost AI competitiveness.

Among al-Olama’s AI initiatives, the UAE is expending considerable resources to foster the development of a local AI workforce. Two programs critical to this effort are the UAE AI Internship Program and AI Camp. The internship course, administered in partnership with Dell EMC, seeks to instruct a total of 500 college students in AI, while the camp introduces high schoolers to AI fundamentals. Moreover, as part of the educational drive, the British University in Dubai is offering the country’s first bachelor's degree in AI, a program launched in 2018.

In line with the AI strategy, the Emirati cabinet established the UAE Council for Artificial Intelligence in March 2018. The duties of the committee include implementing policy recommendations delineated in the AI strategy and accelerating the integration of AI into government operations. Council members are drawn from across Emirati bureaucracy, including the ministries of Finance, Education, Energy, and Economy, as well as the Telecommunications Regulatory Authority, among others. The council is headed by al-Olama and features e-government representatives from each of the UAE’s seven emirates.

Determined to achieve regional AI supremacy, the Council of Ministers endorsed a new approach in April 2019, laid out in the National Artificial Intelligence Strategy 2031.The 10-year strategy aims to develop frameworks for AI adoption across select sectors and make the UAE a global leader in AI by 2031.

New partners and the way forward

Aiming to boost its prospects, the UAE is cultivating ties with foreign partners. As noted in a previous publication in this series, the UAE forged an AI accord with India in 2018.The agreement makes provisions for establishing a working group to foster bilateral collaboration on AI. Among its tasks is stimulating the cross-border exchange of datasets.

The UAE is also courting the Chinese private sector. Emirati state-owned investment funds are providing support for prominent Chinese AI startups including facial recognition unicorns SenseTime and Megvii. Meanwhile, Abu Dhabi is dishing out incentive packages to lure Chinese technology firms. Enticed by financial overtures, SenseTime is establishing a regional research and development center in the Emirati capital. To nurture closer ties to the Chinese technology industry, the Dubai Chamber of Commerce and Industry is building an outpost in China’s innovation hub of Shenzhen. By engaging with China, the UAE also seeks to buoy domestic AI capabilities. In 2019, Chinese firm UBTech Robotics clinched a $362 million contract to set up AI teaching labs for Emirati students.

The newly minted Israel-UAE normalization agreement is likewise a boon to Emirati AI ambitions. The landmark accord is set to further expand the brisk bilateral trade of innovation and knowledge. Israeli firms have long showered the UAE with a slew of advanced cybersecurity technologies. Israeli-manufactured cyber espionage kits are a local favorite among authorities seeking to surveil and muzzle critics. Formal establishment of diplomatic relations has already begun yielding AI dividends. On Sept. 15, the Abu Dhabi-based Mohamed Bin Zayed University of Artificial Intelligence and Israel’s Weizmann Institute of Science inked a memorandum of understanding. According to Emirati state news agency WAM, possible cooperation between the two institutions could include academic exchanges, conferences, sharing computing resources, and the creation of a joint virtual institute for AI.

While the UAE appears to be digitally ascendant, carving out areas of comparative advantage across the evolving AI landscape will remain a challenge. As a relative newcomer to the AI sector, the UAE faces significant potential hurdles on its path to success, including steep talent deficits and a fledgling tech ecosystem. Observers should closely monitor the continued evolution of the UAE’s AI strategy, as well as how the embrace of emerging technologies is contributing to the country’s changing posture in the Middle East and beyond.

Sevan Araz is a Graduate Fellow with the Cyber Program at MEI and an analyst at Catalisto, a New York-based cybersecurity firm. Mr. Araz also conducts research with the Center for Strategic and International Studies. He received a B.A. in International Affairs from George Washington University. The views expressed in this piece are his own.