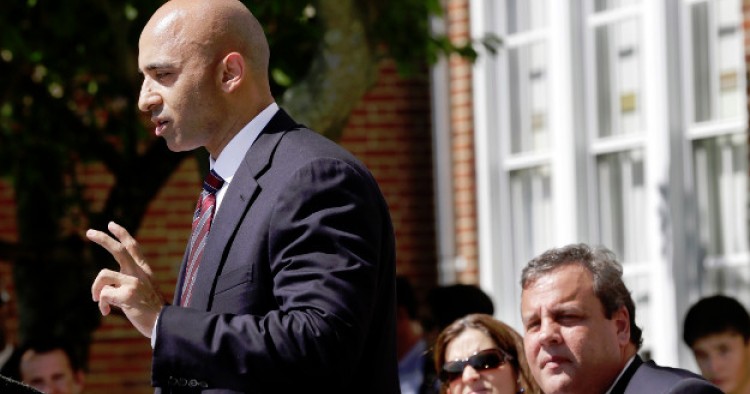 Yousef al-Otaiba, the United Arab Emirates’ ambassador to the United States, said on Thursday that Iran’s “hostile behavior” in the Middle East “is growing worse” despite the nuclear deal Tehran signed with world powers in 2015. He also called for collective efforts by the Trump administration and the Gulf Cooperation Council (G.C.C.) states to push back against Iran’s destabilizing role in the region. “When the Iranian nuclear deal took effect more than a year ago, there were high hopes that it would set Tehran on a new course of responsible engagement in world affairs. Instead, the country has chosen increased conflict and aggression,” the Emirati diplomat wrote in an op-ed for the Wall Street Journal. He also agreed with U.S. Defense Secretary James Mattis’ assessment that Iran represented “the biggest destabilizing force in the Middle East,” and is “the single biggest state sponsor of terrorism in the world.”

Otaiba also blamed Tehran for prolonging the Yemeni conflict by sending weapons to Houthi rebels. “Revitalizing security cooperation between the U.S. and the Arab Gulf states would have an immediate effect in Yemen. Increased American support for the Arab coalition would help combat the Houthis, who overthrew the legitimate government. It would help counter the thousands of Iranian-supplied missiles and rockets launched by the Houthis into Saudi Arabia. It would also help protect shipping in the Red Sea, a vital international waterway leading to the Suez Canal,” he advised.

Tasnim News Agency, a mouthpiece of the Islamic Revolution Guards Corps (I.R.G.C.), called Otaiba’s allegations “baseless” and argued that his “anti-Iran article” and “hostile remarks” reflected “the fear of the Arab countries in the Persian Gulf region of the growing power of Iran and its allies in the Middle East.” And Mehr News Agency, which is affiliated with Iran’s Intelligence Ministry, said it was “surprising” that the Otaiba agreed with Mattis’ characterization of Iran as the world’s leading state sponsor of terrorism. Iran’s Jam News said Otaiba’s op-ed is the latest indication that the Emirati government has recently intensified its rhetoric against Iran.

Comment: A long-standing but low-intensity dispute over the ownership of three islands of Abu Musa, Greater Tunb, and the Lesser Tunb has strained ties between the United Arab Emirates and Iran for a long time. But relations between the two countries have deteriorated significantly in recent years because of Tehran’s support for regional sectarian groups in the Arab world.

Emirati government, which is part of the Saudi-led coalition supporting the Yemeni government, is particularly troubled by Iran’s support for Houthi rebels. “Iran is directly arming and supporting the insurgents with increasingly sophisticated weapons, including ballistic missiles and armed drones,” Anwar Mohamad Gargash, the minister of state for foreign affairs of the United Arab Emirates, told the 34th session of the U.N. Human Rights Council last week. “This Iranian interference prolongs and deepens the Yemen conflict, creating conditions that allow Al Qaeda in the Arabian Peninsula, and more recently, Daesh [Islamic State], more space to operate,” he added.

While Iranian leaders deny providing weapons to the Houthis, the U.S. military and its allies have confiscated several Iranian arms shipments destined for Yemen. In January, the Australian government released photographs that showed light anti-armor weapons seized near the Yemeni coast were manufactured in Iran. And last November, another report published by the U.K.-based Conflict Armament Research (CAR) indicated an arms “pipeline” originating from Iran extended to Yemen and Somalia. Furthermore, U.S. officials in October reported on the seizure of five shipments of Iranian weapons destined for Yemen.