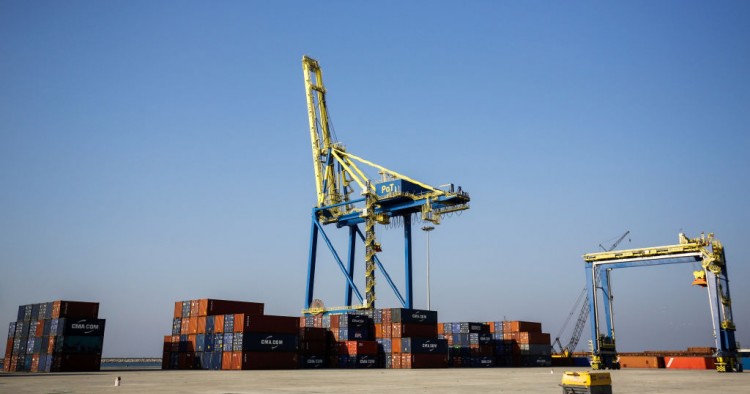 The idea of establishing a Levant Union — one not unlike the European Union (EU), but composed of the Levantine states of Lebanon, Syria, Iraq, Palestine, Jordan, and by extension, Egypt and Cyprus — has long fascinated me. Such an arrangement would offer untapped potential for trade, supported by the growing trend toward greater regionalization, fueled by the rise in protectionism, increasing multipolarity, and corporate regionalization.

Africa has recently taken a giant step toward optimizing trade between its countries. The African Continental Free Trade Area (AfCFTA), in effect as of May 30, 2019, has opened up a single market for goods and services that’s home to 1.2 billion people and has an aggregate GDP of over $2 trillion. Inspired by Africa’s example, this article will lay out what a similar agreement for the Levant region could hope to achieve in terms of trade. The magnitude of the numbers may explain, in part or in full, the increasing tension in the region; there is much at stake, and in the absence of a political agreement, this could lead to conflict.

When it comes to a Levant Union, there are two main components to consider: the region’s potential and how it would work.

The Levant region comprises Lebanon, Syria, Iraq, Palestine, and Jordan. These countries cover a combined total of nearly 730,000 square kilometers, or around 0.5 percent of the world’s land area, and the region has a Mediterranean coastline that stretches for roughly 500 kilometers along its eastern front.

Moreover, the Levant offers direct access from China to the ports of the Mediterranean. This makes it the most cost-efficient and suitable line for trade between two key regions: on the one side, the EU, especially the western and southern countries, and northern Africa, which is home to the largest economies on the continent, aside from South Africa; and on the other side, China, the factory of the world.

As for the potential volume of trade between these two regions, below are some of the relevant figures on exports and imports, drawn from World Trade Organization reports from 2017 — the most complete and comparable numbers available at present.

Exports between China and the EU

Imports between China and the EU

In short, the total value of trade between Europe, northern Africa, and China currently stands at around $1.285 trillion. This covers only the trade of goods (imports and exports) and excludes trade in commercial services, the wealth generated from natural resources, value-added industries, and digital and intra-regional trade.

Further, these numbers only include trade between China, the EU, and northern Africa, excluding other key countries such as India, Malaysia, Indonesia, South Korea, and Japan. What would they look like if these countries were included too, and what would the stakes become?

According to some interesting statistics from the International Association of Ports and Harbors, nine out of the top 20 ports between 2008 and 2017 were Chinese and 15 were Asian. These rankings were determined by their cargo carrying capacity — in other words, by the volume of goods shipped.

Looking at trade routes, the most direct and cost-efficient would be a straight line from China to the eastern Mediterranean basin, inland, and then from there, through distribution lines, to the main Mediterranean ports of Europe and Africa. If it were possible to establish such a route, it would benefit all of the countries along the way, including Iran, Iraq, Syria, and Lebanon. It would also reduce the importance of the gas routes from the Arabian Peninsula to Europe, which pass through Turkey and either Syria or Iraq.

At present, however, conflict in the Levant makes this impossible, and other, less direct routes benefit, such as the southern route running via East Africa and the Suez Canal and the northern route through Istanbul, a main transit point for inland trade to Europe. When it comes to global trade, the stakes are high and the competition fierce — and politics plays a central role.

Toward a Levant Union

Drained by conflict and war, the countries of the Levant would benefit from a union that enabled them to rebuild their economies and their infrastructure.

An economic union with a free trade zone and customs unification would have four main components. First, it would seek to boost intra-regional trade by waiving tariffs between Levant countries, while also adopting a unified protectionist customs policy to encourage the consumption of locally manufactured goods. Such a union would be similar to the North American Free Trade Agreement (NAFTA), the AfCFTA, the EU, and many others.

The second component of the union would be a regional intergovernmental organization that would set standards and issue recommendations or regulations governing trade and transit of goods and services from Asia to Europe and Africa, and vice versa. This would result in unified or similar regulations on issues related to land and sea trade, free zones, transit, facilities, logistics, and economic and financial affairs specifically focused on trade, in addition to necessary educational and cultural matters, and any other elements that would propel this sector.

The third component would be elements of a common currency that would stabilize currency exchange between member states and with the wider world.

Finally, the fourth component would be developing and upgrading infrastructure for trade routes: railways, roads, bridges, tunnels, water supply, sewers, electrical grids, and telecommunications. This will facilitate the transportation of goods and the related mobility of human resources.

The financial incentives offered by such a plan may be the solution needed for a region that has been incapable of building its infrastructure and economy. Providing business interests, incentives, privileges, and facilities to the main stakeholders — who have long prevented progress from being made — could be the answer to the Levant’s many problems.

Adding up all the trade numbers is eye-opening and makes clear just how much is at stake in the region. Anytime there are changes in global trade flows, there are winners and losers as well. Establishing a trade route running through the Levant would reduce the flow through Turkey and Egypt, as well as the geostrategic importance of the Arabian Peninsula. Access to the Eastern Mediterranean basin could redefine international trade dynamics for a century. The Levant countries are too weak to address such high-stakes issues by themselves. By creating a union with a minimum understanding and collaboration on internal trade, regulations, currency, and infrastructure, however, they would strengthen their position as a political group and their negotiating power, enabling them to take on the challenge.

Frederic Chemaly is managing partner of Chemaly & Company, a corporate advisory services firm; corporate secretary of Malia Group; committee member at the Institute for Finance and Governance - ESA; and a stock market investor, with a focus on the MENA. The views expressed in this article are his own.