The US and China: Getting Beyond the COVID-19 Blame Game 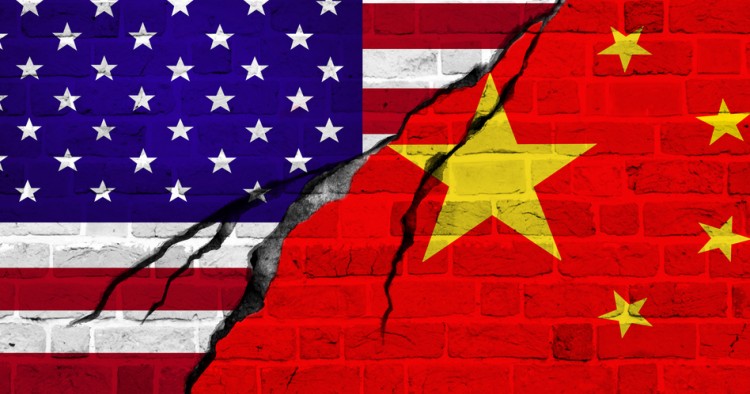 In ancient Chinese literature, and in Daoist scripture particularly, the occurrence of plague derives from the appearance of seven gods who lead an army of a quarter million ghosts who wreak havoc in the form of pestilence upon the world.[2] While this is an understandably apocalyptic description, one could be forgiven for seeing a similar hyperbolic jeremiad in the form of continuous denunciations of China as to all things relating to the coronavirus of 2020. This has been particularly notable in the expressions that US President Trump and members of his administration have used since January 2020 to gain political traction in national and international discourses.

Moving from Blame to Remedy

The worldwide turmoil and increasing anxiety in societies such as the United States caused by the COVID-19 pandemic has led many people to shun information that contradicts their pre-determined views on the matter. By contrast, in China, citizenry collectivism is hard-wired into the national character; one that is constantly reinforced by state media and by the willing acceptance by the general public to accept temporary hardship in exchange for future security, especially in matters of health.

While economics is as important — if not more so — in China as it is in the United States, the notion of communal sacrifice by the former, as demonstrated by adherence to civically-mandated measures do not include torturous debates about seemingly abstract concepts such as “personal liberty” and “individual freedom” common with the latter. However, that ethos still does not mitigate how the Chinese public judge party officials as being up to their responsibilities; nor does it assuage their anger when administrators are seen as too lax or corrupt, as was the case with the bungled attempts by bureaucrats in Wuhan to contain the first outbreaks of COVID-19.

Even while acknowledging that in China dissent is not tolerated in the same way as it is in the United States, there appears to be a mechanism, from the Chinese side of the equation, that can serve as an important template for how a society can move on from blame to remedy, expeditiously, for the sake of all who have been affected. The virus knows no political discourse; as a pathogen, it operates with ruthless nondiscriminatory efficiency in all countries no matter what form of governmental structure is operational, be it communism or capitalism.

What then to do? The purpose of this paper is to show next that even a nascent understanding of what unites both cultures, in the way ideas are passed down and how thought progresses through the centuries in both the West and the East, can be most helpful in adopting the concept of “scientific globalism,” which is the goal proposed at the conclusion of this investigation.

As with the Chinese legend cited in the beginning of this article, mythology can be a useful compendium of symbolic explanations for our modern conundrums, even if they are relics from the non-rational past. Yet, there is a commonality to all fables, whatever their terrestrial origins or histories, which shows that humans are continually vexed by eternal forces beyond their control. To explain the empirical, as it related to war, famine, social unrest, and plague — to name only a few of the woes — the Greeks gave us Pandora’s Box. Zeus, always a lusty fellow, fell in love with his creation that he had ordered to his specifications with the help of Aphrodite, Athena, and the Graces. Hermes had other ideas and placed into Pandora’s mind all manner of evil thoughts. When the Olympian suitor decided to show off his bride to mankind, she opened the fated box and out came all the nosi (ills) that have troubled human existence to this day.

While we no longer connect observable phenomena with theological origins, we still hear of the “invisible enemy”[3] — a phrase constantly touted by Trump, hardly a student of classical literature. Yet, if the virus is invisible, can only the Chinese see it and the United States not?

It is certainly arguable whether Mencius of China (fourth century BC), who lived during the latter part of the Zhou dynasty, would have been an advocate or adversary for Galileo, when he challenged the then-predominant consensus that the earth was the center of the universe; nonetheless, there is a reasonable amount of flexibility in the thinking of this ancient philosopher, considered as important as Confucius, that pertains to accepting those scientific agreements which hold the most promise for the benefit of all the people. In our modern arena that would be the moral law: to accept strictures for the prevention and spread of the coronavirus. In short, in China, there is no debate on that issue both because the (scientific) consensus is clear and because it is promulgated by the Chinese government, which represents Mencius “majority of people.”

While this top-down authoritarian consensus chafes against Western norms of individualism, the empirical data proves the demonstrable fact that infection rates and deaths are dramatically lower in China, which has a population of approximately 1.5 billion, as compared to the United States population of only 331 million. As of this writing, the total number of infections due to COVD-19 in China stands at 86,070; and the death toll is 4,739. This compares with 9,291,064 cases in the United States with the number of deaths at 231,552.[4]

One final relevancy of Mencius to our undertaking is to discover that in the development of his philosophy, he predated the concepts of Adam Smith by centuries. This can be illustrated by repeating Smith’s analogy:

When we see a stroke aimed and just ready to fall upon the leg or arm of another person, we naturally shrink back our leg, our own arm; and when it does fall, we feel it in some measure and are hurt by it as well as the sufferer.[5]

The resemblance to Mencius is striking:

As can be seen in these similarities from across the centuries, both Smith and Mencius rely on the innateness of compassion and empathy as those emotions that guide moral behavior. That these two philosophies could emerge from a common understanding of the need to help humanity, even while developing without knowledge of each other, should give us hope that we are more connected than we are divided as citizens of the world, especially during this critical juncture of a global health crisis.

As the world struggles to find a vaccine for the present pandemic, it is sobering to remember that it was not until the 1940s that a reliable vaccine against influenza was first developed by Drs. Thomas Francis Jr and Jonas Salk, or that the production of first generation medical ventilators also occurred in that decade.[7] What is even more stunning, but nonetheless worthwhile to comprehend, is that during the pandemic 1918-1920, neither of these medical advances existed; patients either recovered or they died without a viable prophylactic or mechanical devices to aid recovery.

Without minimizing the troublingly high number of deaths that already have occurred as the result of COVID-19, it is worth mentioning that the worldwide influenza outbreak of 1918 claimed an estimated 50 million lives, including about 675,000 in the United States.[8] Yet, the death toll from that same epidemic in China — despite the country’s relative isolation — was far lower; for example, with just 1,396 patients in Hong Kong and 1,061 in Shanghai succumbing to the epidemic in 1918-1920.[9]

The lesson drawn from this historical example is that in both pandemics, despite the variables and differences over the last hundred years, it seems that both the United States and China have suffered inverse consequences in mortality rates and in levels of compliance to health measures designed to protect the population. It must also be remembered that in the contagion of 1918-1920, no vaccine was available; the virus simple died out. That does not seem to be the case with the existing emergency; and thus, there is a pressing need for international cooperation.

Finally, as it applies to the present divisiveness fostered by President Trump and other US officials, the moral and ethical imperative would be to move beyond blame, recriminations and xenophobic race-baiting. Both Smith’s “stroke” and Mencius “fall into a well” are instructive symbols that beg for reason and logic to prevail in the service of humanity.

There are encouraging moves by scientists worldwide and specifically from China and the United States to bridge the political divide and, to join forces on scientific research that can lead to an international vaccine. Writing in University World News, Yojana Sharma provides evidence that collaboration between adversaries, even when hampered by biased political discourses, has been increasing: “Despite rising nationalism being expected to fuel single-country research and current geopolitical between China and the United States, cross-border scientific research during the early months of the COVID-19 global pandemic rose, with collaborations between researchers in China and the United States particularly prominent…”[10] Sharma goes on to offer the hopeful message that, “… scientific globalism is still possible as scientists may continue to collaborate, share knowledge, and disseminate findings for the advancement of global health.”[11]

To be sure, the worldwide plague still rages, and the global villagers still suffer — with no immediate relief in sight. However, the axiom quoted at the outset can serve as a potent bit of advice for all concerned: the old woman who still cooks food to serve the suffering people, remains undaunted and unconcerned with her own safety. This image is a clarion call for all nations to join together in service to humankind.